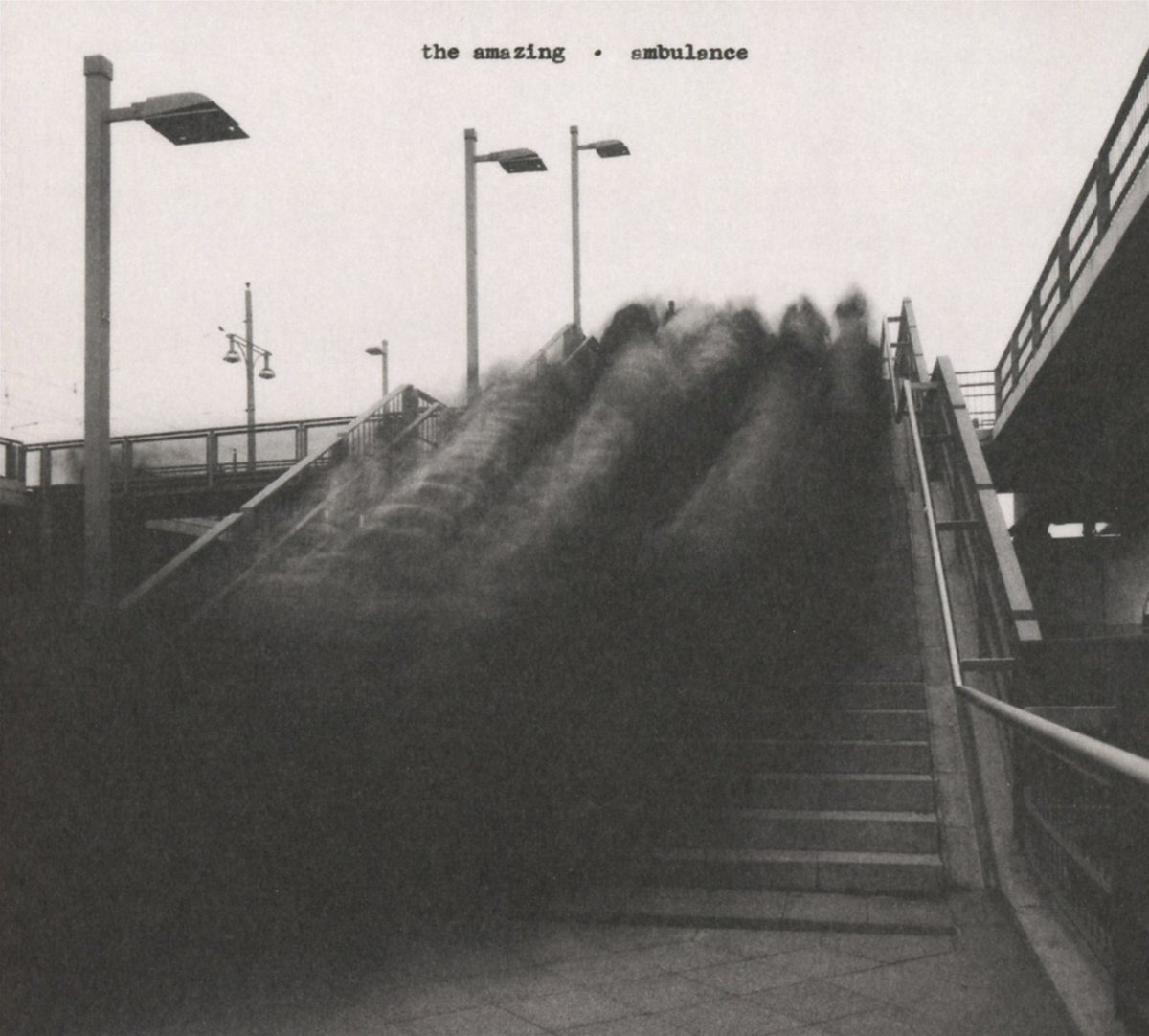 Tell me you’ve heard a dreamier opening track than the mesmerising title track from Swedish band The Amazing‘s new album, and I am sure you will soon be in the Guinness Book Of Records as the owner of the world’s longest nose.  It’s almost four minutes of unbridled, sun soaked serenity, akin to floating off far from shore on a rubber dinghy, and being transported to magnificent, magical new lands before drifting aimlessly back with a bellyful of bliss.  All this, yet there remains an underlying feeling of tragedy within its fragile bones.

Creating that Utopia of relaxation, though, is something that is clearly high on the agenda in the world of The Amazing.  It permeates throughout Ambulance and, while there are several contemporary references to be gathered, the healing hands are never too far away.  Take the oddly titled ‘Blair Drager‘, which marries the kind of tremolo guitar – favoured for film scores by Quentin Tarantino – with verses that could have easily found a place on any nineties album by The Beloved.  The refrain, by contrast, is ultimately more befitting of The Beta Band in their brighter moments.  It’s a definite highlight on a record that never becomes tiresome, despite the majority of its eight song set exceeding the five-minute mark.

Almost folky in places, such as the tender fingerpicking of closing tracks ‘Moments Like These‘ and ‘Perfect Day For Shrimp‘, The Amazing have created something here with strong medicinal powers, presumably going some way to explaining why it is called Ambulance.  Fans of Jose Gonzalez would no doubt find a lot to embrace, both band and artist having embraced a rustic idyll which peers back, gratefully and in wonderment, at Mother Earth and all of her creations.

Tellingly, one of the shorter pieces here is entitled, simply, ‘Floating‘, which should tell you all you need to know about Ambulance.  I think it’s fair to say that it won’t be getting too many airings at the wildest of student parties, but sneak into the living room the next morning, where recumbent, wasted, barely motionless bodies try to come to terms with the night before, and hey presto, suddenly it’s a perfect fit.  A lovely album to gently nudge you back into the daily grind or, just perhaps, further away from it.

Ambulance is out now on Partisan Records.