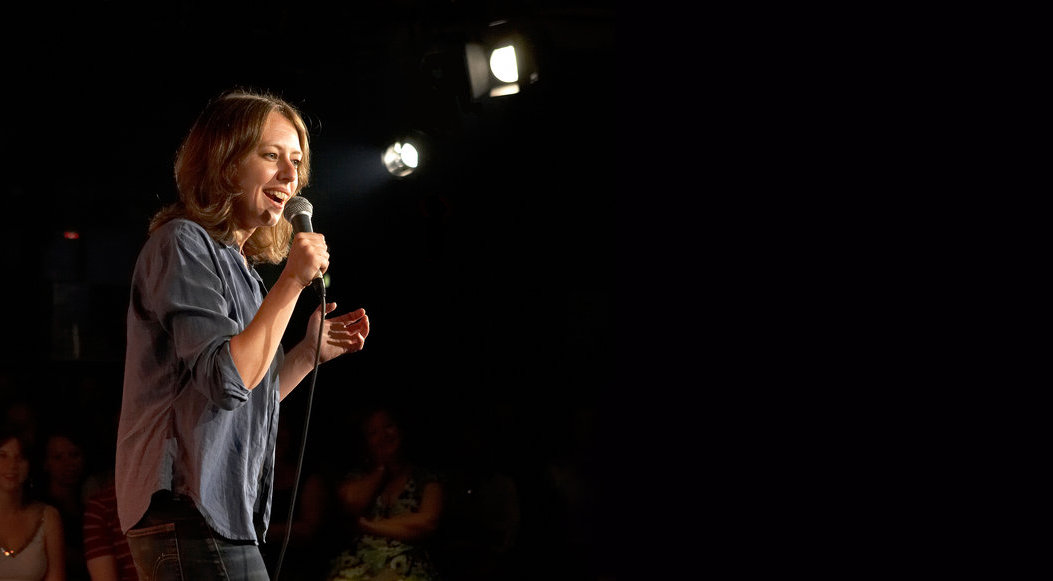 Two years ago Gwyneth Paltrow and Chris Martin said in a joint statement that after 10 years of marriage they were to “consciously uncouple”. Much ridicule ensued at the showbiz couple’s definition of their splitting up. Now the Brixton writer, comedian and Radio 4 regular Rosie Wilby has used Paltrow and Martin’s new age descriptor of what psychotherapist and author Katherine Woodward Thomas has referred to as “the process for lovingly completing a relationship” as the inspiration for her new solo theatre and storytelling show.

Despite the apparent ridiculousness of the phrase, Wilby did recognize that the act of “conscious uncoupling” chimed with a lot of the ideas that she had held about relationships. She then drew upon her own personal experiences to create The Conscious Uncoupling in which she “interweaves a rich, romantic narrative about two people connecting over a shared love of Richard Hawley music and the London skyline with their eventual breakup emails and the visits of three ghosts from our romantic future, past and present.”

The Conscious Uncoupling opened at the Brighton Fringe in June before playing in Brixton.  It is now scheduled to appear at the Camden Fringe in London between the 17th and 21st of August and the Southbank’s Festival of Love later this month.

Further details of Rosie Wilby: The Conscious Uncoupling at Camden Fringe and how to book tickets for the five shows can be found HERE

Here is a short trailer for these shows: