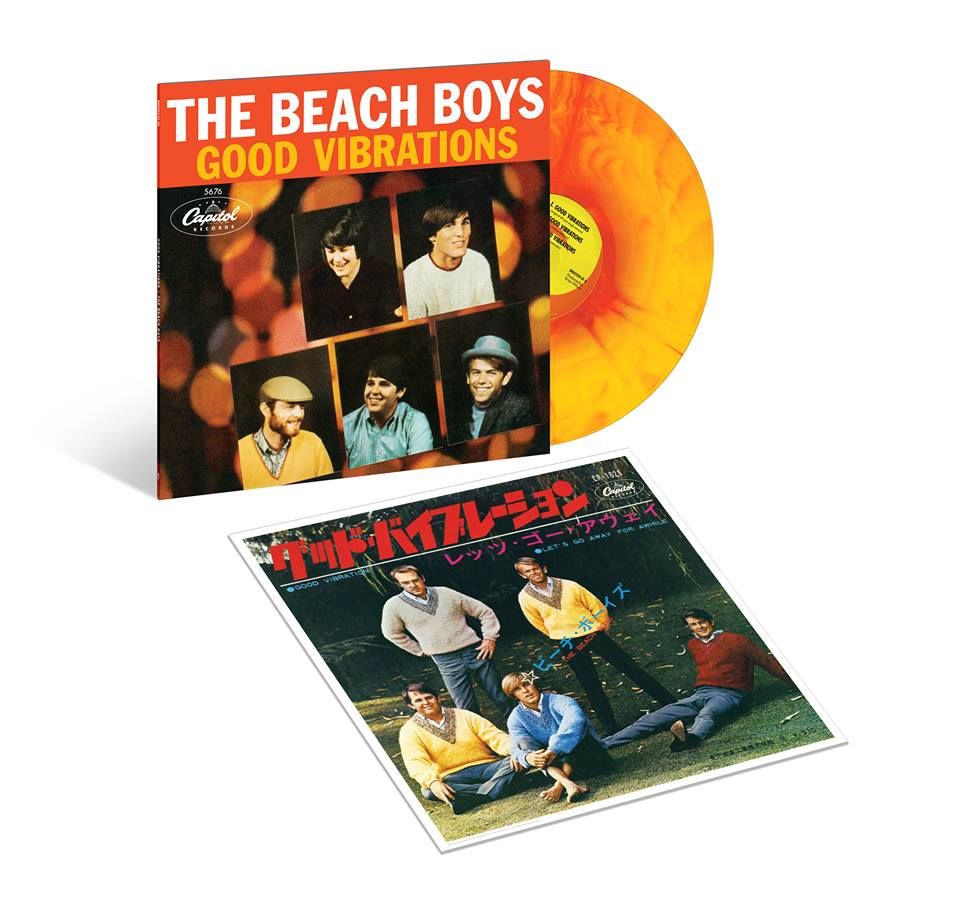 Earlier this year The Beach Boys’ Pet Sounds was re-released in various configurations to celebrate its milestone 50th anniversary.  The 10th October also marks the 50th anniversary of the release of ‘Good Vibrations,’ the surf-pop band’s classic single.  It’s one of the band’s most recognisable songs, with its innovative production, layered production and the iconic use of theremin ensuring the track’s enduring popularity.

To celebrate the single’s half-century, Capitol/Ume are releasing a special edition of ‘Good Vibrations’ as a 12-inch vinyl EP, with distinctive sunburst colours.  The EP will feature the original 7” single version of the song, as well as an alternate studio take, an edit of the track with elements from different sessions, an instrumental and a live version from the Honolulu rehearsal in 1967, a version that was originally intended for the lost LP Lei’d in Hawaii.  The single’s B-side, ‘Let’s Go Away For a While,’ is also included.  As a bonus, the pull-out lithograph of the original Japanese cover art, with its title typo intact, is included in the package.

Listen to ‘Good Vibrations’ below.