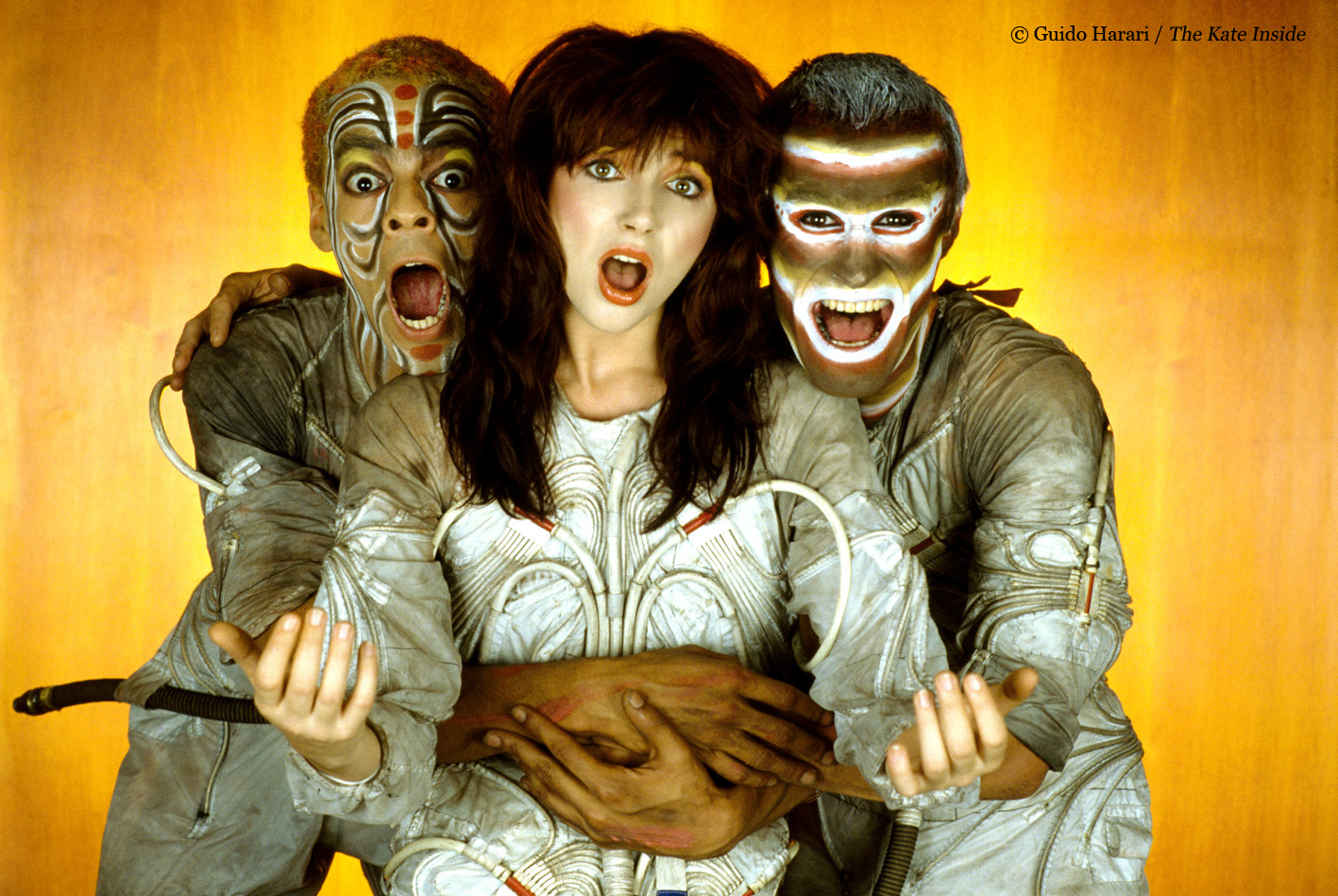 Guido Harari was Kate Bush’s official photographer between 1982-1993, shooting iconic photos for the singer for her albums Hounds of Love, The Sensual World and The Red Shoes.  The photographer has now collated together over 300 images of Bush from his own personal archives into a brand new book, The Kate Inside.  The book is set to include press shots from the decade-long period, including never seen before reportage from on the set of Bush’s film The Line, The Cross & The Curve.  It also includes a number of outtakes, unseen photos and test Polaroids with notes from Bush, all accompanied by Harari’s own commentary.  Now, new images from the book have been revealed with notes, as a preview of what to expect from the limited-edition tome.

Click here to see some of the new images from the book.

A number of the images will also be available to view for free in an exhibition at London’s Art Bermondsey Project Space between 13th-30th September.

The Kate Inside is available to pre-order now.