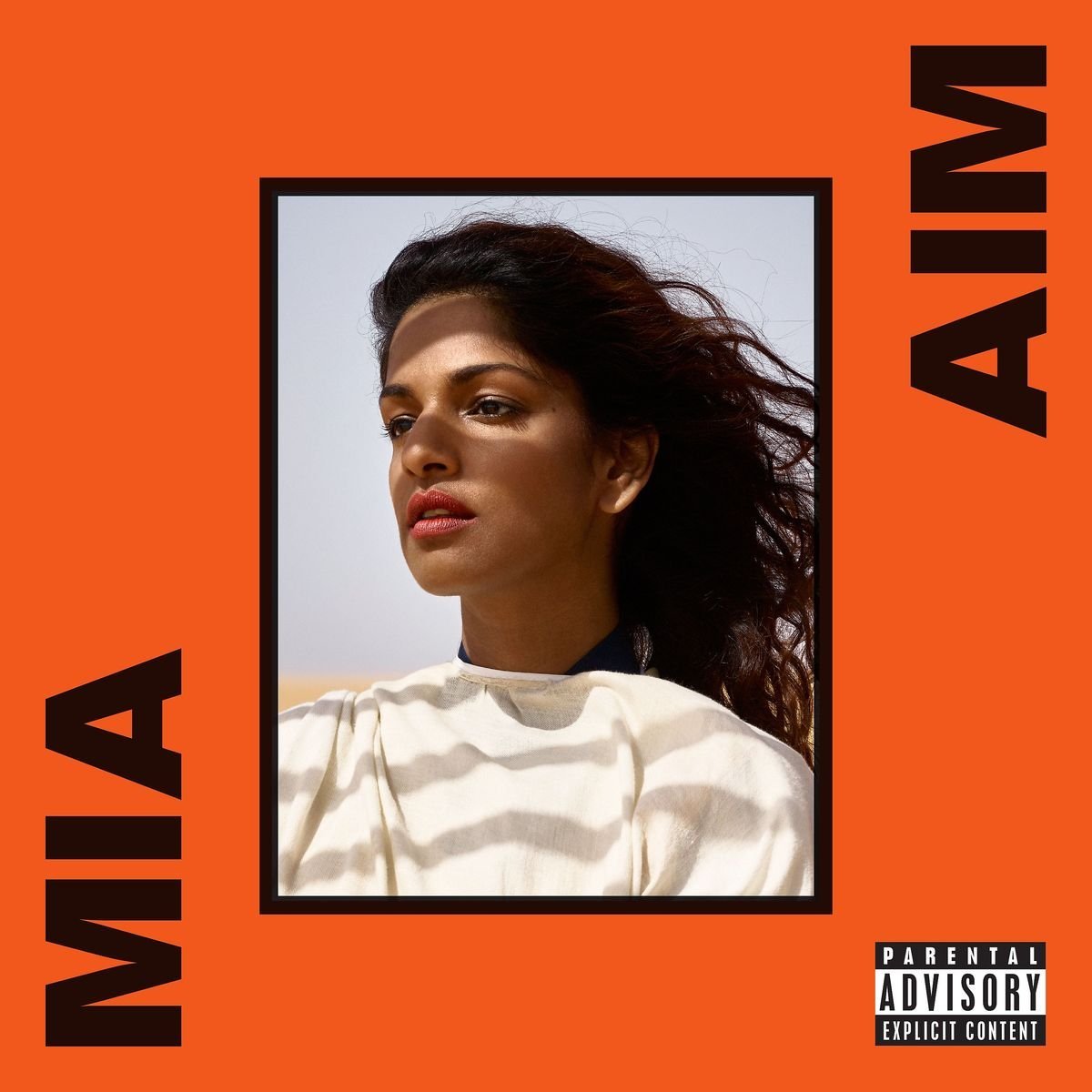 The left’s favourite pop icon M.I.A. has released her fifth and indefinite final album A.I.M..  Since becoming known for her dance-orientated music melting-pot, critiques of global politics and omnipresent controversy, M.I.A. has claimed an unprecedented position in the mainstream.  Her very existence in popular culture has always represented something so powerful and revolutionary in itself.

As a Sri Lankan child refugee growing up in a London council estate who fell into music by accident, her global outlook and the struggles of her people have inevitably bled into her songs.  Staying true to her initial quest of making music “about something sound like it’s about nothing”, A.I.M. continues to offer provoking and empowering tunes to get your groove on to but feels slightly predictable in places.

The addictive ‘Borders’ is a much more laid-back start compared to the opening tracks of her past albums and its subject matter sets the tone for much of the record.  Skrillex-produced club banger ‘Go Off’ is more explosive, quite literally, since its video involves blowing up parts of a mining site as she warns “my third eye’s open and my focus ain’t joking“.

The brilliantly nonsensical ‘Bird Song’ contrasts well with the conventional pop of ‘Freedun’ featuring Zayn Malik formerly of One Direction fame.  However a song like the aimless ‘Jump In’ could have easily been left for a b-side.  The second half sees a call for workers’ rights (‘Ali r u ok’) and more border politics on ‘Visa’ which interestingly samples ‘Galang’, her breakout song way back in 2004. ‘Survivor’ brings things to a pleasantly optimistic close.

Like all other M.I.A. albums, A.I.M. isn’t exactly accessible.  With her third album, 2010’s Maya (stylised /\/\ /\ Y /\), she aimed to make something so unlistenable it forced people to “exercise their critical thinking muscles“.  A.I.M. is similar in the way it’s deliberately quite ugly though without the same level of experimentation.  Her typical lyrical wit is also noticeably lacking, taking a less humorous approach.  This seriousness perhaps reflects the sheer dire reality of the refugee crisis and globalisation, especially obvious with her mini-speech on ‘Foreign Friend’ for example.

There aren’t many typical club songs on this one either.  There’s something more minimal and almost warmer about this record compared to her last four.  The tone is calmer than usual however this renders certain songs sounding a bit too repetitive (e.g. ‘Finally’, ‘Fly Pirate’).  This is more of an album for already-existing M.I.A. fans though, as ever, she’s utilised her ever-expanding blend of sounds to pay tribute to those who bear the brunt of militarised global capitalism.