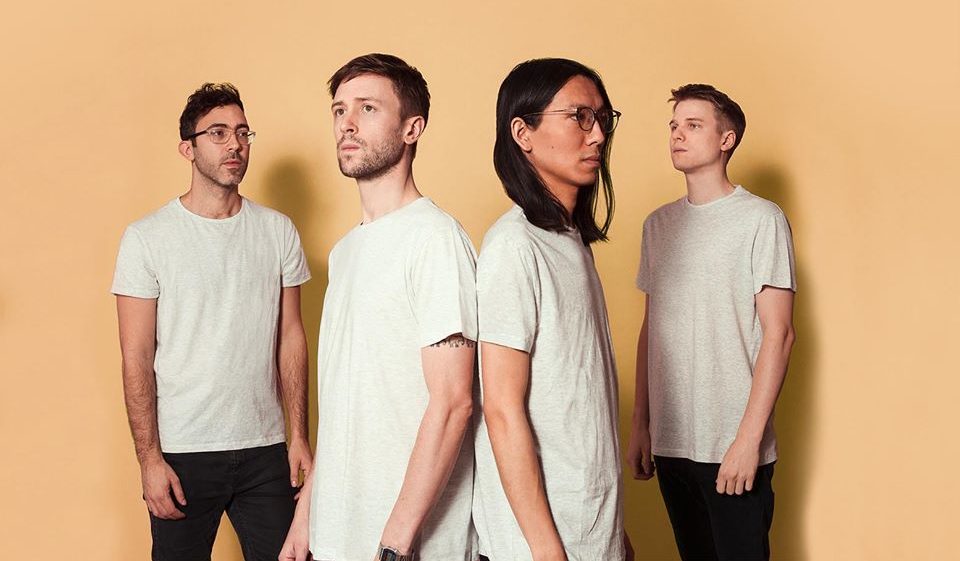 Following the release of their acclaimed sophomore album Brilliant Sanity via Moshi Moshi earlier in the year, London-based indie-pop quartet Teleman have just revealed the video to their latest single ‘English Architecture.’  The single follows on from ‘Dusseldorf’ and ‘Tangerine’ and is a typically charming indie-pop number.  Its video has been directed by Ed Warren and makes use of drones to capture the band as they play on rooves and football pitches, before spiralling out and focusing on various areas of the English landscape.  The drones continually focus on the band, but the tempo of the visuals is almost perfectly timed with the music.  Watch below.

The band are also currently on tour and are about to wrap up their extensive run of dates with three final shows in the next few days. Details below.