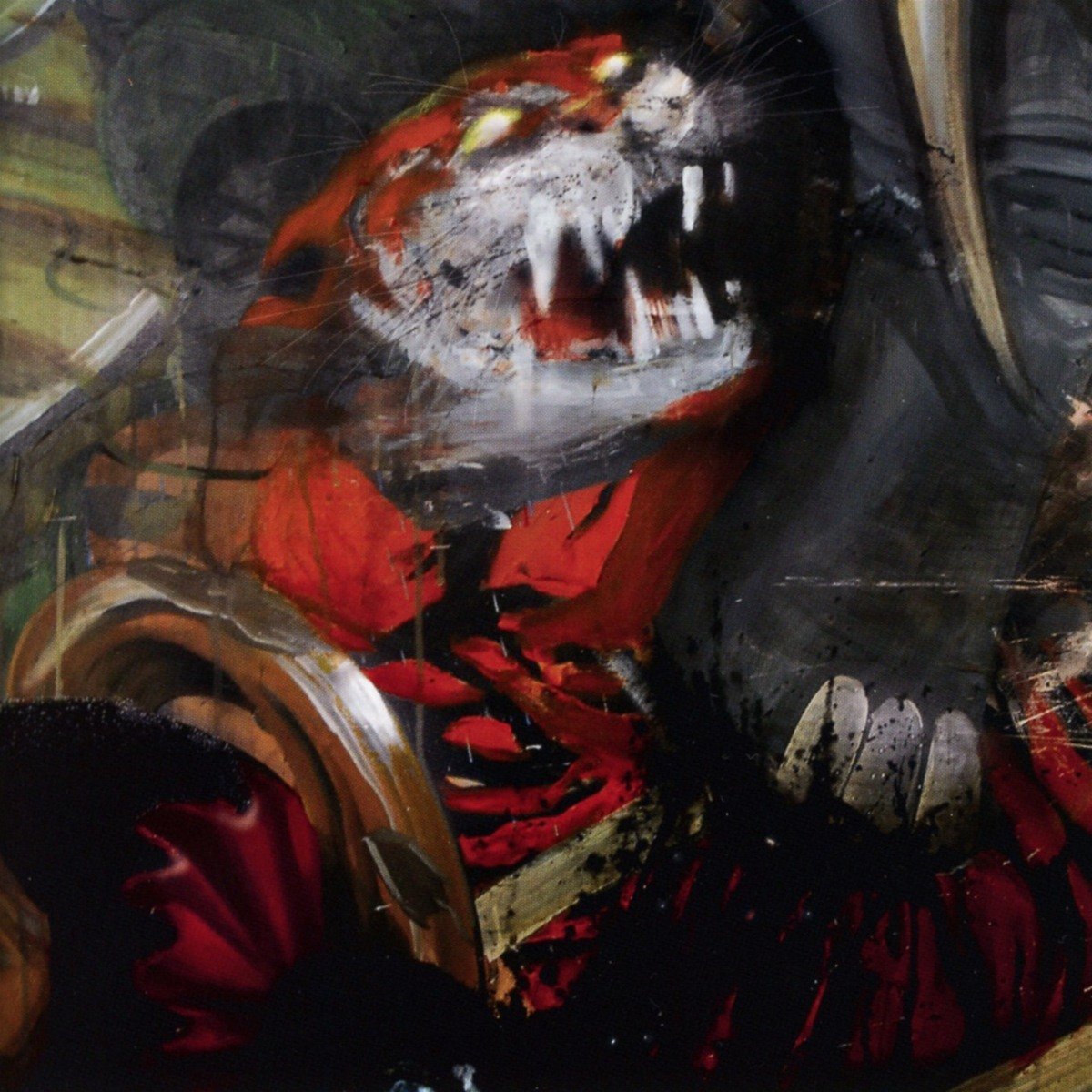 The signs weren’t great for Sleigh Bells’ fourth album Jessica Rabbit. Following 2013’s Bitter Rivals the band were starting to feel held back by their own aesthetic, those huge metal guitars and bludgeoning hip-hop drum machines feeling restrictive. This led to a period of experimentation, synths replacing guitars and self-releasing and self-producing alongside Dr Dre and Fiona Apple producer Mike Elizondo. Opening track ‘It’s Just Us Now’‘s pre-album video was directed by guitarist Derek Miller, but it just seems to be an exercise in the male gaze. It sees singer Alexis Krauss bikini-clad with mascara streaking her cheeks and Miller marching over a hill, masked, with his guitar strapped to his back like a punk/gangsta/Wild West antihero hybrid. The song’s awkward time signature and key change for the chorus feel shoehorned in and clumsy on first listen, but shorn of the distracting video it makes more sense.

It’s followed by ‘Torn Clean’, a minute and a half of uncharacteristic calm but far from the only near-ambient passage on the record. Elsewhere, ‘Loyal For’ is another restrained, considered vignette, Krauss cooing “I’m loyal for now” over foreboding synths. The classic Sleigh Bells sound is still intact in the forms of ‘Throw Me Down the Stairs’ and previous single ‘Rule Number One’ but weirdly they’re both marred by lyrical clangers, “Talk is cheap/But not that cheap/I believe I can fly” and “Mostly OK but I’m bleeding profusely/Mostly OK but only on Tuesdays” respectively. The latter is redeemed by its big guitars and punchy drum machines and stoned, wonky outro.

The real highlights come in Jessica Rabbit’s most overtly pop efforts. ‘I Just Can’t Stand You Any More’‘s twinkling synth arpeggios over a palm-muted chorus are a breath of fresh air. The “ooh-ooh” backing vocals and floaty, cloud-like synths of ‘Baptism by Fire’ could be straight from a Purity Ring record, Krauss channelling her previous career as a teacher with the line “When you’re focussed you can put a laser to shame”.

‘I Can Only Stare’ is the record’s centrepiece, incredible walls of bass synth collides with melodies that could top a daytime Radio 1 playlist (in the best possible way). Krauss provides a great pop vocal without the showboating, just raw power and an earworm of a chorus. It’s their most straightforward pop moment since ‘Rill Rill’ from debut album Treats and absolutely incredible.

‘Unlimited Dark Paths’ with its machine gun drums and explosive chorus, synth swells and crunching metal guitars is an absolute triumph despite, or perhaps because of, the stripped back glitchy chorus being the height of their experimentation. You can hear Krauss put her dukes up as she sings “This one fights sociopaths/This one fights the devil”. The line “Can’t come back the way it came/Full speed ahead” over the extended blissed-out closing passage seems like an acknowledgement that they’ve achieved something special with this album. It’s the most experimental thing they’ve done, sure, but it’s also their best album since Treats. Sleigh Bells were an exciting band with their previous modus operandi, now they’re unstoppable.

Jessica Rabbit is out now on Torn Clean/Lucky Number.