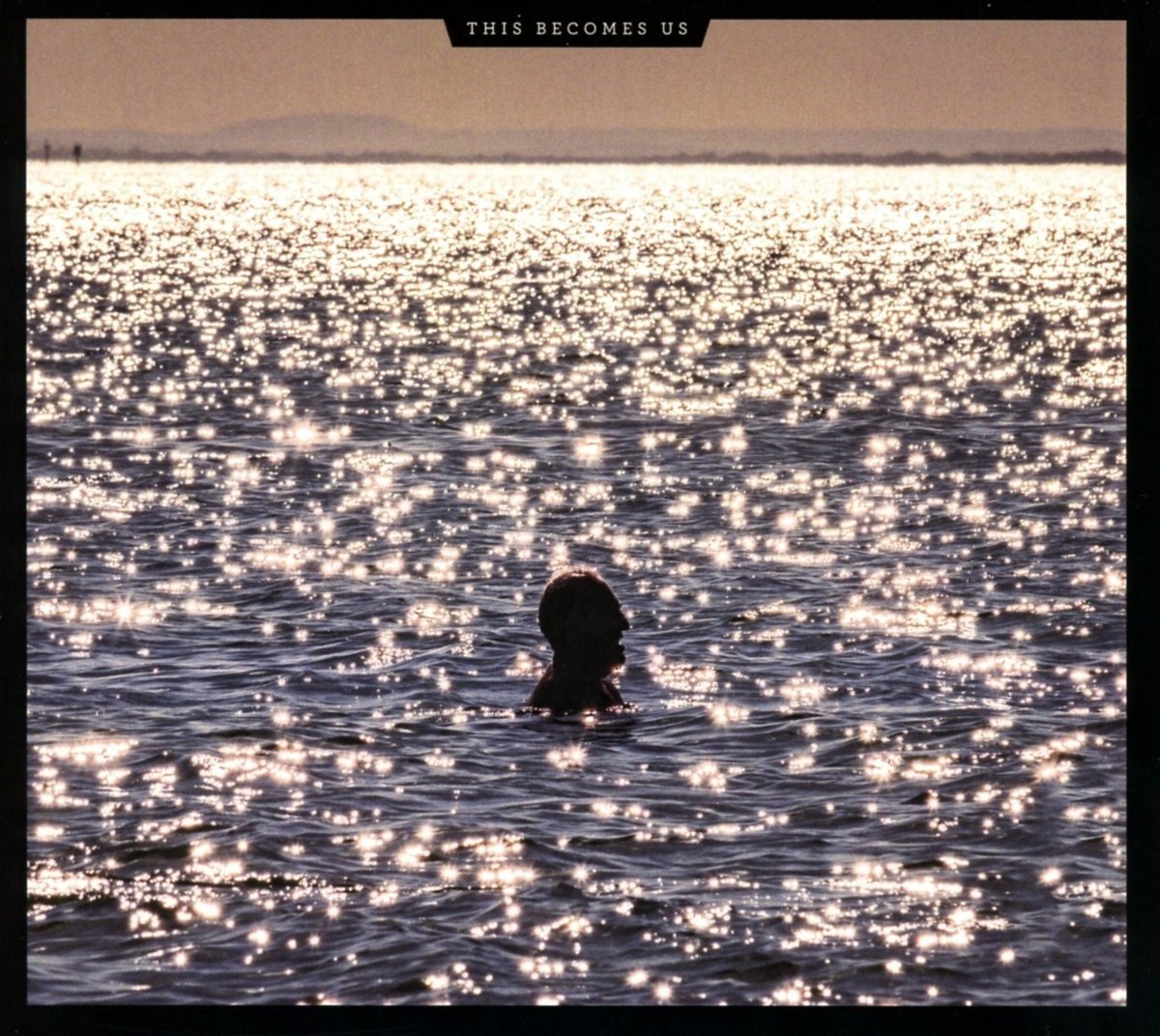 Better known as Future Of The Left‘s boisterous bass demon, Julia Ruzicka has decided to try her hand at a side project, the result being This Becomes Us. It comprises ten tunes composed initially by Ruzicka on her instrument of choice, and features a real hotbed of talent on guest vocals for all but one of these. As with all of these types of projects, there are varying degrees of success. In ‘The Picture Of DeLorean Gray‘, which opens proceedings, for example, we have a blistering, surefire winner – a gnarly rocker ably assisted by The St. Pierre Snake Invasion‘s Damien Sayell. “Well don’t just stand there, take a picture!” demands Sayell, perhaps a reflection on the youth of today’s relentless obsession with selfies and catching everything on camera with scant regard for others’ safety or well being. Or perhaps not.

Immediately following this is an equally impressive post-rocker featuring a notably more restrained vocal performance from Gary McKnight, erstwhile frontman of Eighties Matchbox B-Line Disaster. The end result lies somewhere between Joy Division, British Sea Power, The National and Heaven 17 and is undoubtedly one of the album’s strongest moments. Other highlights include The Wytches‘ mainman Kristian Bell delivering his somewhat paranoia drenched, exasperated sounding howl over the top of one of the scuzziest, most fuzzed up tracks of the year. ‘At The End Of Everyday‘ is a nightmarishly murky trawl through the seediest underbelly of the city, and is a mindfuck of epic proportions. As a result, it is also quite simply brilliant. Then there is Rosie Arnold’s contribution to ‘Simple Too‘, in which the Fever Fever riot grrrl rather oddly adopts an accent not dissimilar to that of Adam Crisp from former Brighton/Leicester heroes Elle Milano. When she sings “You’re too complex for me to understand“, it is difficult not to be put in mind of the “You don’t have to shout just to get your point across” refrain from the latter band’s brilliant ‘Swearing’s For Art Students‘. Still, there is a pleasing injection of sharp humour here and that kind of thing should always be encouraged.

‘Painter Man Is Coming‘ is the most eye catching number from the track listing, largely down to the legendary contributor, but while there’s nothing wrong with it, it just kind of meanders aimlessly and then just fizzles out. Its vocals are credited to Black Francis, but it holds far more in common with his work as Frank Black and The Catholics and really it’s relatively forgettable fare. And it pains me to say this, because the man has been responsible for some of the greatest works of the past thirty years, in all his various incarnations. Likewise, ‘Big Hitter‘, with Blacklisters‘ Billy Mason Wood on tonsil trembling duties, just sounds a little too much like a Jesus Lizard B-side, perhaps produced by Hot Snakes.

By and large, however, This Becomes Us is a success, and Ruzicka gives us a glimpse into just how good a songwriter she can be on closer ‘This Horse Needs Peace‘, the sole instrumental number here. This comes across like you’ve stumbled into the psychedelic haze of a drug fuelled late sixties gathering on the Old Kent Road. One suspects that, should she choose to move in the direction of film scores, she will be in great demand. All in all, this is an interesting, if occasionally flawed, stab at something a little different, and who can argue with that?

This Becomes Us is out now on Prescriptions Music.