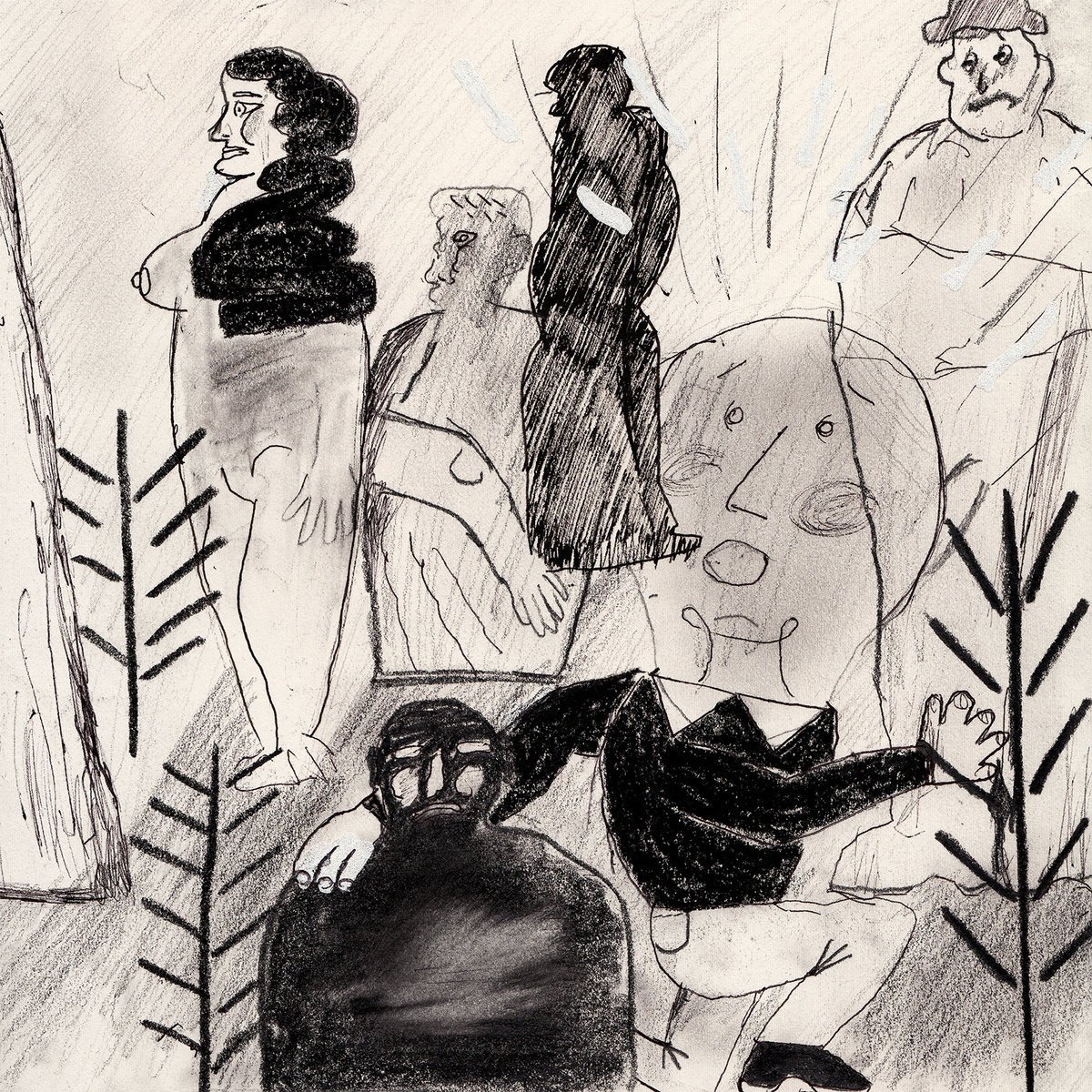 Irma Vep, or Edwin Stevens to his mum, has, over the past few years, firmly embedded himself in the burgeoning Manchester fuzz scene since moving from Llanfairfechan in North Wales about a decade ago. He’s in dozens of bands, from the sublime (he plays in Kiran Leonard‘s backing band and often has the favour returned) to the ridiculous (Sex Hands mostly write songs about watching Friends) but perhaps keeps his finer work to himself. That’s not to say that his latest release No Handshake Blues is a particularly easy entry point to his music. The vocals are mostly swathed in distortion and reverb so as to make most of the lyrics indecipherable, and opening track ‘A Woman’s Work is Never Done’ is ten minutes of swirling feedback backed by a psychedelic drone.

The album takes that flower-power psych sound of the late 60s and 70s as a template and swaddles it in bedroom ambience. The folky likes of ‘I Want to be Degraded’ and ‘Hey, You!’ are sweet little tunes, almost nursery rhyme-like in their main melodies. The trouble with the sheer grime of the recording though, especially on the vocals, is that the lyrics that stick out are the most repetitious ones, like ‘Hey, You!’‘s “Love is, love love love love love” which, when combined with the melody, seem at first like a cute diversion mid-album, but then combined with the clapping and grunted response of the end of the song make it seem smeared in irony to the point of being inane. It’s a shame. The aforementioned opener and ‘You Know I’ve Been Ill’ both close with repeated mantras of their titles which, in the case of the latter feels like an excuse for something, and for the former almost a taunt.

The highlights of the record come, interestingly, from the most stripped-back moments. The likes of ‘The Moaning Song’ and the title track’s guitar experiments are surely the result of hours of quietly playing around with different techniques in a smoky fug and it’s these variations that most catch the ear. Closing track and lead single ‘Still Sorry’ is the most fleshed out song on display and its weary plod makes for a suitable closer. The barely-there drums and gently strummed guitar hold together for long enough to support the quite lovely chorus. As the song swells to its tired and emotional close, Stevens strains to explain “I’m still sorry/I don’t know what I want” which just about sums up the record. It’s world-weary, it often seems to be keeping the listener at a distance, quite knowing, but given a few listens it offers up some moments of genuine loveliness.

No Handshake Blues is released on 13 January 2017 on Comfortable on a Tightrope/Faux Discx.