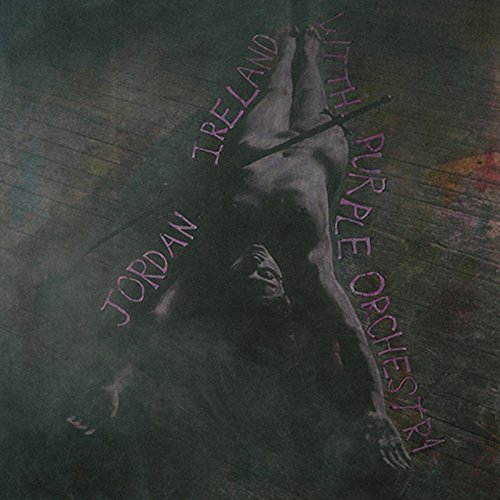 “I was in a sort of ecstasy, absorbed in the contemplation of sublime beauty… I reached the point where one encounters celestial sensations… Everything spoke so vividly to my soul. Ah, if I could only forget. I had palpitations of the heart.”

So wrote French novelist Stendhal, describing the symptoms of what has come to be known as Stendhal Syndrome, a condition in which the sufferer becomes dizzy and disorientated when exposed to great beauty or art. I experienced it once, in the grip of an illicit love affair, stumbling out of a Parisian bar, woozy with champagne, my gaze torn between her eyes and the winter evening lights of the Champs-Elysees; and as I listen to Jordan Ireland’s album for the third time this morning, I think I’m experiencing it again.

For Jordan Ireland with Purple Orchestra is a musical fever dream, nine hazy, gossamer-delicate songs seemingly made as the soundtrack to one of Watteau’s Fêtes galantes or some other kind of imaginary, or in this case hallucinatory, sylvan idyll. His label’s own description of “deep, considered cacophony” is perfect; the music sounds like some extended pastoral jam session from which motifs and melodies occasionally, shyly emerge, like woodland creatures peering out of their holes, and in which instruments and sounds – piano, violin, harp, dulcimer, flute, birdsong, disembodied voices – jostle ever so gently to be heard.

Ireland’s vocals, largely unintelligible, drift in and out of the mix, most effectively on ‘Saturn Song’, where an unforgettable la-la-la chorus intermittently blossoms out of otherwise unstructured instrumental undergrowth. On ‘Melaleuca Girls’, the closest thing the album has to a pop song, he sounds like the ghost of Arthur Lee on some radio transmission of Forever Changes from 1967, now faded and spectral but still faintly audible as it continues to drift through space – ‘celestial sensations’ indeed. The title of ‘East Coaster’ may evoke Mingus, but it turns out to be a quite spectacularly beautiful, trippy deconstruction of Burt Bacharach, Ireland coming across like some melting, shapeshifting crooner backed by an LSD-addled lounge band.

If Bacharach and Lee are relatively common touchstones, many of Ireland’s other apparent influences are less frequently heard in contemporary pop: Alice Coltrane, Stereolab, Philip Glass, Eno & Byrne’s My Life in the Bush of Ghosts, and Sigur Ros’ underrated Valtari all spring to mind. As do Talk Talk – if Spirit of Eden had been recorded in light rather than darkness, it might have sounded something like this.

But really, Jordan Ireland with Purple Orchestra has a magic all of its own. I was going to give it 9/10, then I realised that that would be to imply that it is ever so slightly less than perfect. It isn’t, so 10/10 it is.