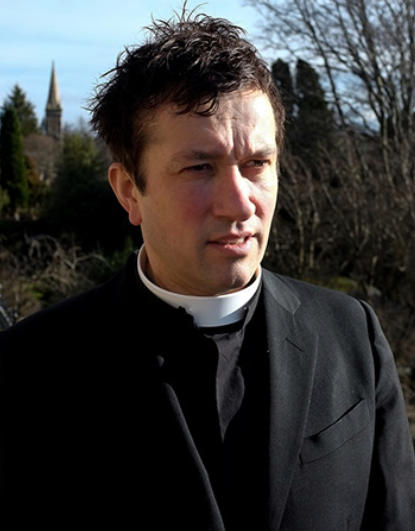 Dominic Harris – in this instance under the name of Dominic Waxing Lyrical – is one of those men who come along every so often to remind people that music does not all have to sound the same. The now defunct Melody Maker described him as ‘DIY baroque folk’ and that’s a good starting point for the music he makes.

He does this on his own terms, like all the best creatives do, of course. Feted in the mid-1990s by John Peel and Jonathan Richman when he released his debut self-titled album, he then took until 2014 to release the follow-up, ‘Woodland Casual’. On April 21 he will release his third album, entitled ‘Rural Tonic.’

Over the past few days, this album has been on heavy rotation around my home, and I don’t see that changing. The album features contributions from Aberfeldy members Ken McIntosh, Riley and Murray Briggs as well as Mr. McFall’s Chamber. The first track to be made available to the public is ‘La Giostra’. Featuring the aforementioned McFall’s Chamber, the song is in 3/4 time and a song that begs to be played again and again.

The album is released on April 21 on Tenement Records. The album will be launched with a show at Edinburgh’s La Belle Angele on February 25, featuring both his full band and Mr. McFall’s Chamber.