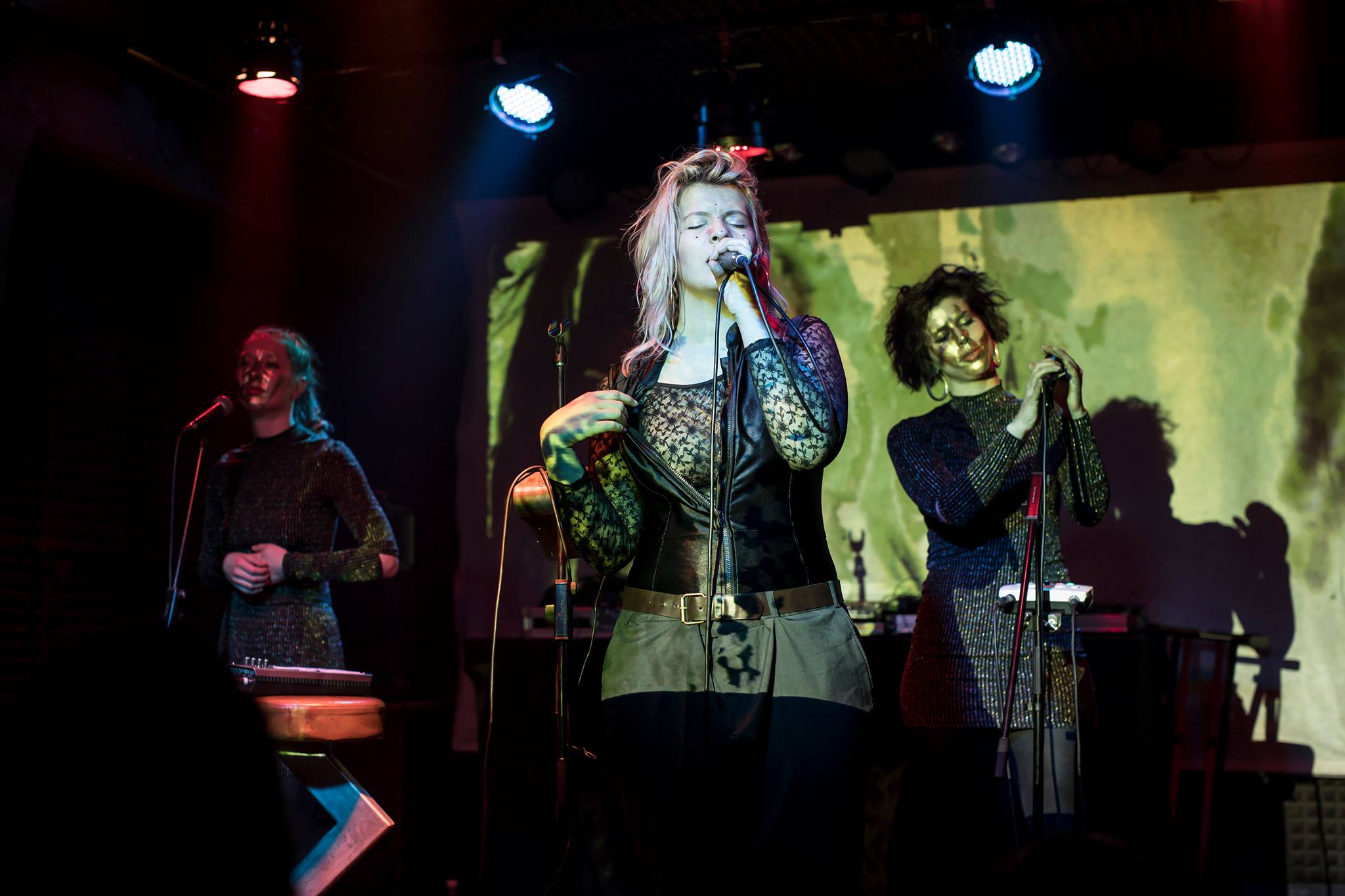 By “small” I don’t just mean events below a certain capacity. No, what I have in mind is events that resist the commodification of the market by consciously choosing to limit their visitor numbers whilst simultaneously retaining a certain inclusive, human ethos rapidly disappearing from the homogenised identikit world of large festivals. Large events have become increasingly reliant on more insipid, predictable line-ups and more class-segregated, glamping VIP audiences. Smaller festivals, on the other hand, have been drawing their inspiration from the almost-forgotten ideas of festivals as places of equality and togetherness. These are the events that offer genuine opportunities for music discovery, new friendships and new ideas.

And this essentially how I found MENT, a little showcase event held in Ljubljana, Slovenia in early February. By and large, winter festivals tend to be industry showcase events, which in itself is a necessary and potentially interesting format. Unfortunately, very few such events are able to accommodate both punters and industry professionals, without giving undue prominence to one or the other. MENT is the exception that proves the rule.

2017 was MENT’s third outing, which is still very early days in festival years. It is also an event with a more regional focus, mainly attracting music professionals and artists from Eastern and central Europe. For some, this may seem like a drawback; I saw it as a chance to get away from the familiar names and see/hear new music from outside of the UK.

I was rewarded with amazing hospitality, impeccable organisation and some of the most exciting new music I’ve seen in recent years. Below is my attempt at summing up some of the highlights of my incredible three-day musical adventure.

Situated in the centre of Ljubljana, Metelkova is described as an “autonomous social centre.” Originally built as Austro-Hungarian army barracks in the late 19th century, the complex later became a Yugoslav military HQ. After the collapse of the socialist regime, the site was turned into a squat and has since evolved into a successful creative hub, staging hundreds of events each year and hosting a number of venues, bars and galleries. Metelkova was the main site of MENT’s music activities. The buildings may have looked a little run down but they certainly didn’t lack character: graffiti art, curious steampunk installations, cheap bars (who would argue with €2 for a large can of beer?) and even a vegan food stall. And all within a quick taxi ride/walk from the main conference centre.

Before I set off on my journey, I was reliably informed that MENT was a very warm and informal event. Nothing, however, prepared me for the fact that every single delegate was treated more like a personal guest or a friend rather than an industry representative. All elements of the event were organised by a small in-house team, with a lot of attention and thought given to panels and workshops as well as line-up selections. Not often do you learn about the actual nitty-gritty of festival economics or get a chance to be part of a hands-on workshop focussing on planning your band’s career, or learn about key steps to understanding sync.

Hungarians Gustave Tiger were easily one the best-loved acts of the festival. Given that a large proportion of the line-up had a strong punk-leaning, it is an impressive achievement. Scuzzy and loud, their show captured that visceral energy of post-punk with an added splash of scruffy artful glamour and youthful urgency.

Another reason why we should all visit more European festivals. Slovak post-rock quartet The Ills drew a sizeable crowd weaving shoegaze-like shimmer and math rock punctuation into their polished melodic waves. Incredible!

Like most of the great modern music, Austrian Vinzenz Stergin‘s compositions defy genre brackets, combining elements of electronics, blues, classical and rock music. Think whimsical pop in the vein of Anna Meredith. Stergin’s live set included a drummer and was easily the most fun performance of MENT 2017.

Despite a Russian name (pronounced “kouklah” and meaning “doll”) КУКЛА is a multimedia project of a Slovenian artist Kukla Kesherović, brought to live as an all-female trio with an adventurous sense of fun. Mixed with downbeat R&B and fortified with atmospheric visuals, КУКЛА’s glacial cool was an instant attraction. That, and the fact she describes her genre as “Slavic gangsta geisha pop.”

For more information about MENT, please visit the festival site.