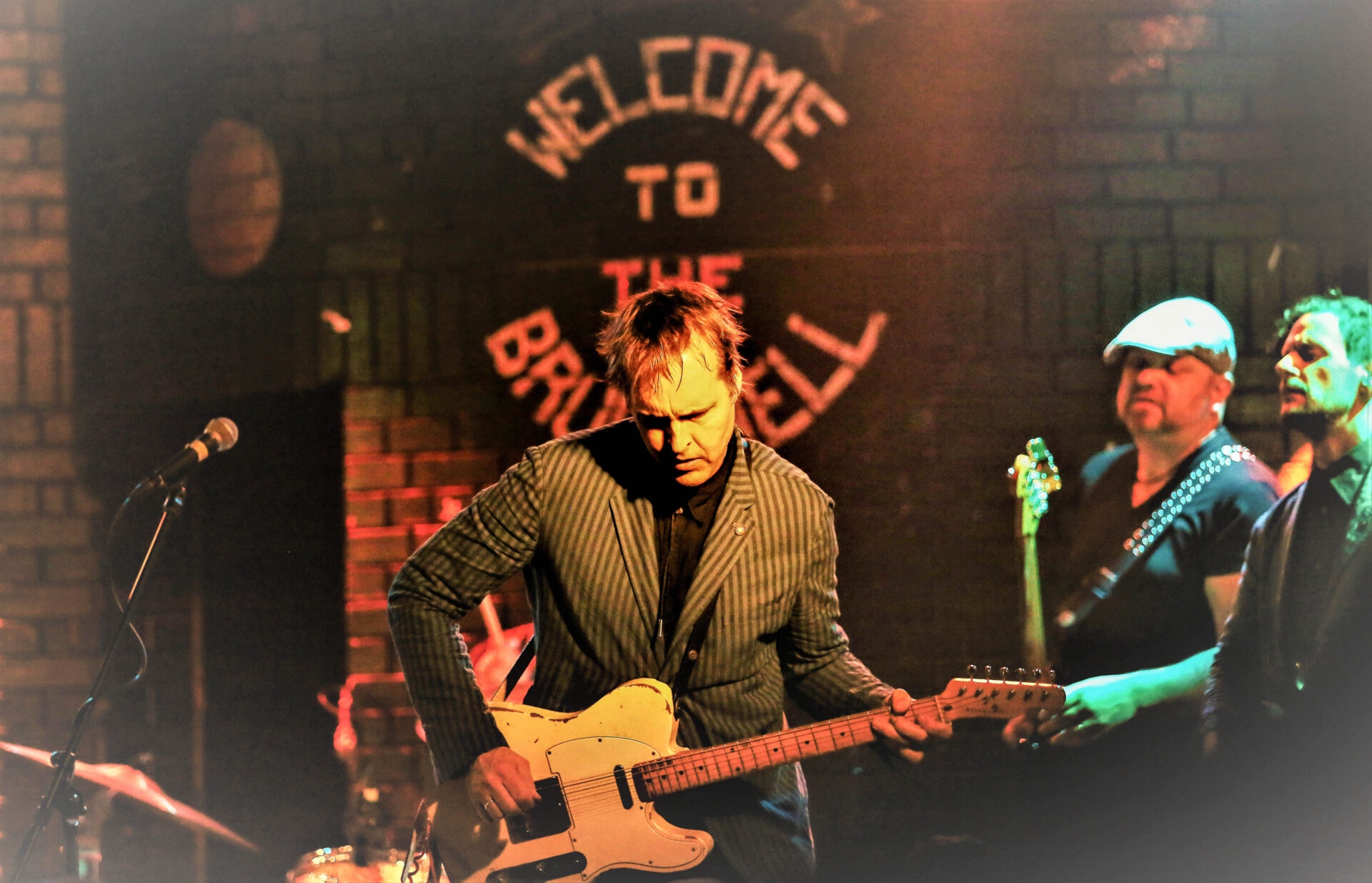 Alongside his wife and musical partner, Stephanie Finch – one integral fifth of Chuck Prophet and The Mission Express – Chuck Prophet has now been coming to perform in Leeds for nigh on a quarter of a century. He recalls first playing The Duchess and then later the New Roscoe in the city – two local venues that have sadly since bitten the dust – but now tends to always return to the familiar surroundings of the Brudenell Social Club when making his regular trips to West Yorkshire. “We’re just here for your entertainment” he cheerfully tells us tonight and some two hours and twenty songs longer he has long since delivered rather royally on his promise.

An earlier involvement with those cult alt-country trailblazers Green On Red and a quick glance at a subsequent solo career that has now spawned a total of 14 albums may well tell us a great deal about both Chuck Prophet’s musical longevity and productivity, but it says precious little about his continuing creativity. The mere fact that he chooses to play nothing tonight from those Green On Red days – in fact, nothing whatsoever that pre-dates his 2002 album No Other Love – confirms that the man from California is neither happy to rest on his former laurels nor to just stand still musically. 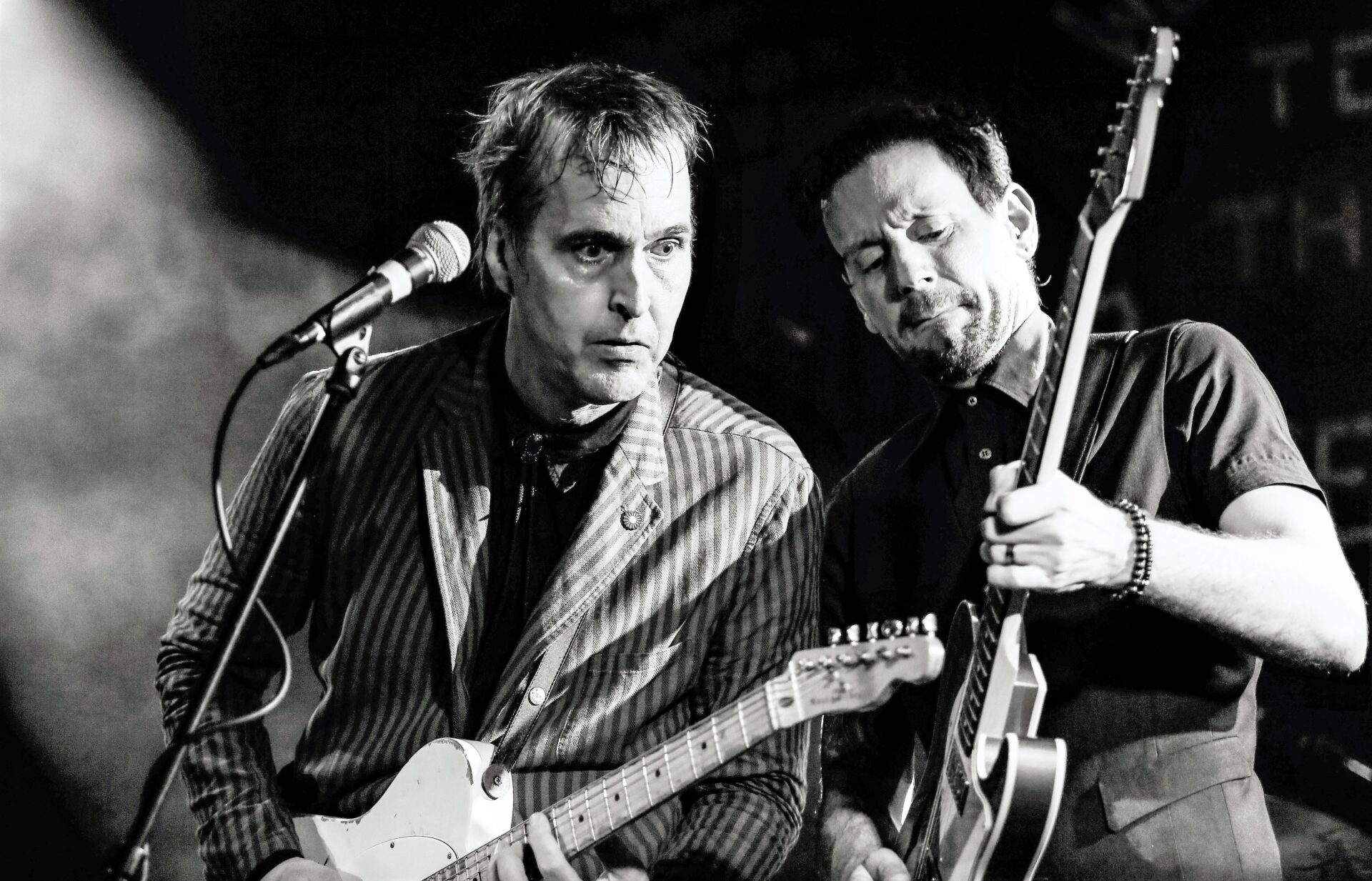 Here on this side of the Atlantic to promote the most recent of his full-length releases – the powerful Bobby Fuller Died For Your Sins (reviewed here on these very pages) – Prophet is once more joined by Stephanie Finch on keyboard and his other regular sidekicks in The Mission Express, guitarist James DePrato and the formidable rhythm section of Kevin White and Vicente Rodriguez on their respective bass and drums. Together the quintet take us on a long, spirited and often quite breathtaking adventure, a wonderful sonic trip in which Prophet again welds his wry social observations and strong commitment to the downtrodden to the golden age of rock’n’roll.

Taken from the new record and with its straight-up, hard rockin’ rhythm and tight harmonies, ‘Bad Year For Rock and Roll’ echoes the sound of vintage Tom Petty & the Heartbreakers. The song’s sentiments also confirm Prophet’s view that 2016 had really put our faith to the test. With its familiar call-and-response refrain, ‘Temple Beautiful’ brings to mind Mott The Hoople in their mid-70’s pomp, whilst on ‘Alex Nieto’ – the true story of a young man gunned down by the San Francisco Police Department in 2014 for no apparent reason  – the band really do open up the classic rock throttle.

Yet for all of his undoubted 70’s influences – on ‘You Did (Bomp Shooby Dooby Bomp)’ Chuck Prophet and The Mission Express assume their very best Neil Young & Crazy Horse position and in the song’s extended coda Prophet peels off the most glorious of guitar solos, one that old Shakey himself would have been most proud of – Chuck Prophet’s music conveys all of the brio and immediacy of the here and now.

Looking out into a packed Thursday night crowd at the Brudenell and a sea of faces who have probably been with him here in Leeds right from the very start, Chuck Prophet recognises both the passage of time and the familiarity that we all share. “It’s pretty cool that we are all still out here doing this together”, he says. It is but one moving moment in a compelling evening that is completely full of them.