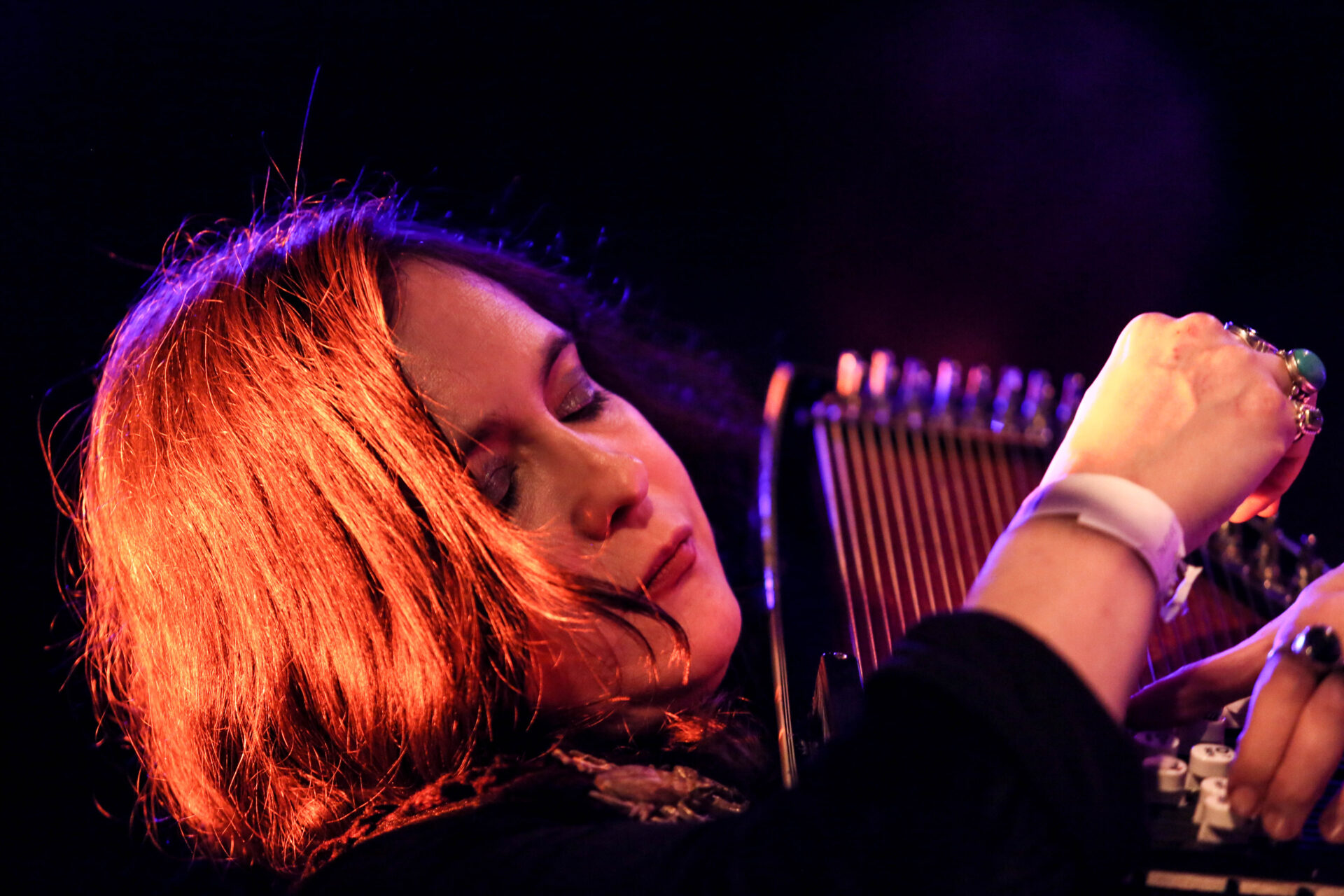 He is the man in the wizard pants who only ventures outside on moonless nights when there are no stars in the sky. And she is the woman who prefers to hang out with demons. Together they are The Handsome Family, who seem to have been around for a thousand years or more and inhabit a strange, dark place somewhere between New Mexico and Hades.

Brett and Rennie Sparks have been married now for nigh on 30 years and have performed as The Handsome Family for the majority of that time. Rennie writes the lyrics and Brett wraps his gothic country music around her eerie, often surrealistic tales that take the listener into the outer reaches of her imagination and some oddball, otherworldly world that is inhabited by frogs, octopus in cowboy hats, and people jumping off the Golden Gate Bridge.

It is a winning formula that has seen The Handsome Family rack up countless albums and judging by the sold out signs plastered across most of the venues on this tour of the UK and Europe, an army of devoted fans. And these fans are not to be disappointed this evening as along with drummer Jason Toth and Alex McMahon on guitar, pedal steel and the occasional cemetery keyboard, the couple treat us to a clutch of songs from the most recent of these albums – Unseen, the 10th recording in a long familial line of curious, idiosyncratic charm – and selected text from their illustrious back pages. 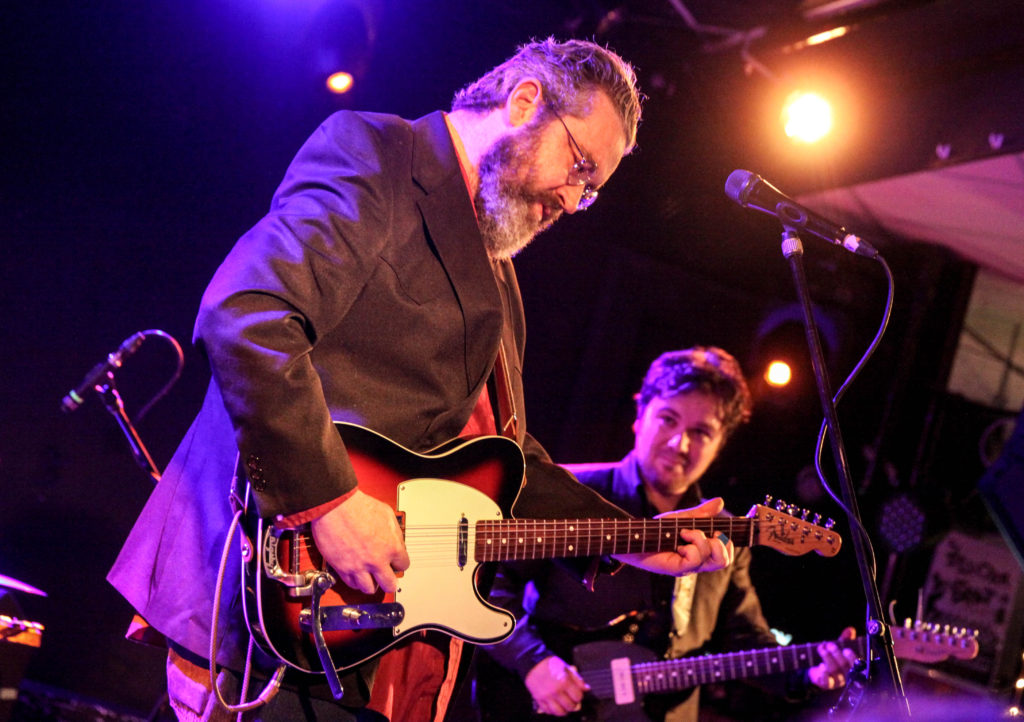 “Got a tattoo of a snake and a ski mask on my face.” The opening line to ‘Gold’ on the opening song of the evening sets a suitably singular, slightly sinister course for all that then follows as the husband and wife duo bicker and barrel their way along a boulevard that is populated by quirk, strangeness and their own, very individual American allure. ‘Back In My Day’ – also taken from the new record – reflects upon the day that the couple first met and is added an even greater poignancy by the delicacy of McMahon’s pedal steel.  The couple’s beautiful harmonies on ‘Tiny Tina’ are just to die for and ‘Your Great Journey’ is a most heartfelt dedication to the memory of the recently departed Robert Fisher of Willard Grant Conspiracy.

Earlier, though, Courtney Marie Andrews damn near stole all of The Handsome Family’s thunder with a perfectly weighted set carefully drawn from the grandest of country traditions. Supported for the most part on pedal steel by Brian – a man from Louisiana with a pair of proper steel boots – the American songwriter delivered in a pure, powerful voice an impeccable eight-song set that held a resolute grasp on the dramatic tension that exists between realism and romanticism. New song ‘Heart And Mind’ – written the day after the recent American presidential election – was as empowering as it was uplifting. 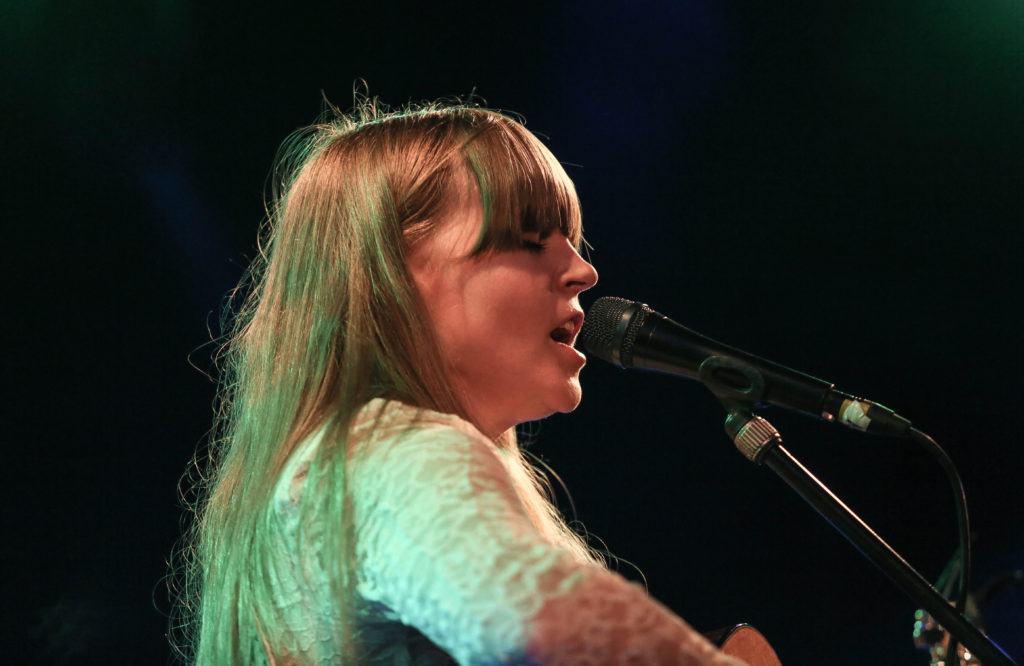