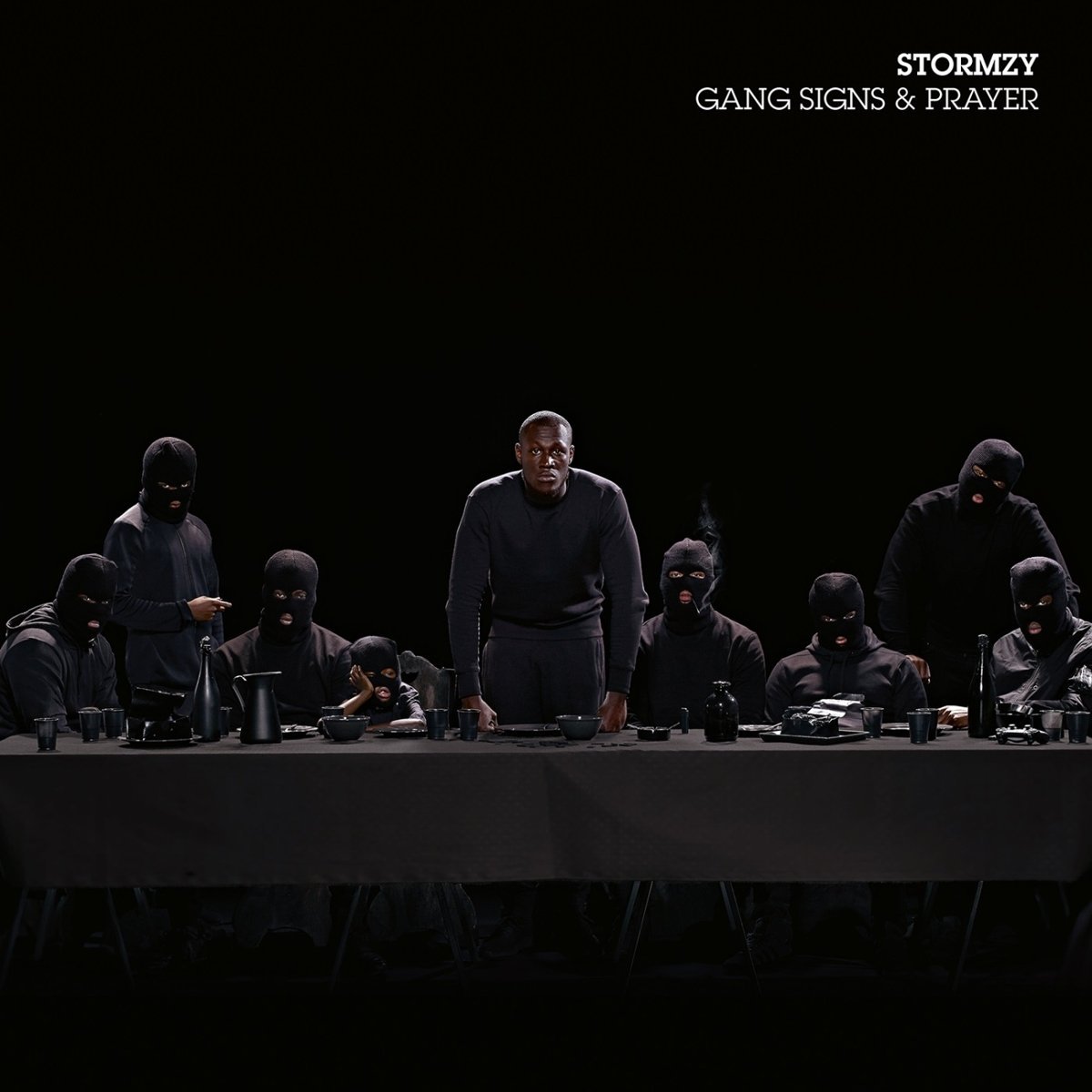 In case you were under a rock for the whole of 2016, the year saw a massive resurgence of Grime. Not just in terms of coverage, but also chart performance. Arguably Skepta winning the Mercury with ‘Konnichiwa’ was the cherry on the top. This album is not only one of the most anticipated debuts of the year – but setting the seal on grime’s importance on the UK music scene of 2017. Yes, Stormzy has taken his place alongside the well-established faces of the genre – Wiley, Kano and Skepta, amongst others – but also taking on the likes of Ed Sheeran, Rag’n’Bone Man and Little Mix in the pop charts.

The album opens with the sound of a downpour – something we get a lot of in the British Isles – on album opener ‘First Things First.’ Similarly to Burial‘s dubstep masterpiece ‘Untrue’ (now astonishingly ten years old), this is an album that musically as much as lyrically evokes life in urban Britain.

The album has already produced two top ten hits – ‘Shut Up‘ and ‘Big For Your Boots‘ – tracks which give an excellent insight into bangers which showcase his eloquent rage. But that’s far from the whole story. This is an album with different styles within. If you thought it was going to be all anger, the two-part ‘Blinded by your Grace‘ is Gospel meets soul in the style of a Motown legend like Stevie Wonder or Marvin Gaye. While American artists have often discussed God in their lyrics, it’s been less common here, seemingly sitting uncomfortably with British audiences. But Gang Signs and Prayer is truly an apt name, and it seems to work better than when Prince used to tell his audience that ‘God loves all of us‘. It seems genuine and thankful, rather than preachy.

In terms of broadening the lyrical picture ‘Velvet‘ sees Stormzy making plans for travel with his girlfriend after she’s finished her degree and on ‘Cigarettes and Cush‘ he shows how heartfelt grime can be. Given the soul feel on a lot these tracks, comparisons could be made with Frank Ocean as much as Skepta and Wiley.

Clocking in at just under an hour, it’s a long album and as with many, there’s a lot to take in on just one listen that shows this needs to be listened to carefully and repeatedly. It can seem a sprawl – but one worth exploring.

Michael Omari – as he’s known to his Mum – may be only twenty three but there’s vision within here that hints at further greatness. He told the BBC that he used to work in quality assurance on an oil refinery – but that it wasn’t for him. That industry’s loss is our gain. He’s already won MOBOs – but the strength of this young man’s work is likely to see him add far more to his mantelpiece over the next twelve months.