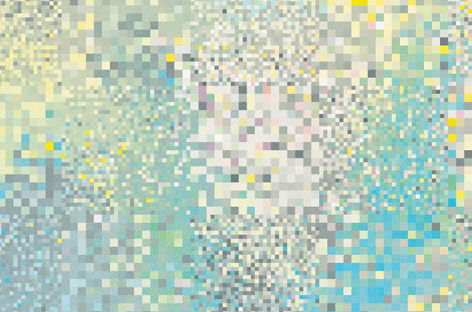 Nathan Fake springs back into the fray with Providence on the currently hotter than hell Ninja Tune. “As a massive step up both in my career and in my life in general… it felt like I’d come alive again”. A bold and weighty title and sentiment with no little belief in there. Belief that makes one almost nervous to pass judgement, particularly as it comes after a hefty wodge of writer’s block. That’s what we’re here for, though,  that’s what we’re here for.

Providence certainly doesn’t lack for being underworked. On the title track itself and right across the album, it tip-toes along the edge of being produced to within an inch of its life. Perhaps no surprise, given its gestation. It just, just, pulls it off, however. Spit and polish is all very well but, even in crackling electronic music like this, a certain punky edge never goes amiss. Something that too much time in the studio can iron out.

Curiously, it’s the tracks with vocalists which have that edge for the most part. You’d think having never roped in warblers before, Mr Fake would perhaps overwork these tracks in particular. On the contrary, ‘Degreelessness‘ with Prurient (aka Vatican Shadow) has a flighty top end and excellently crunching beats. And that’s before it turns into an entirely different, wonderfully shonky tune halfway through. Very singular and real neck-prickler.

Records like this and the recently released Bonobo effort occupy quite an unusual place. They are so full in sound – from the bottom to the top, every frequency and rhythm is worked – they’re almost too dense for straight-up club play. That’s not to say Providence won’t be heard booming in the nearest high-quality pit to you, rather, they are so complex they become almost difficult as tools for a DJ to use. They truly are stand alone tracks, equally, if not more, at home, well, at home. Synths wash around on tunes like ‘HoursDaysMonthsSeasons‘ in epic and disorientating fashion – the high end as important as the dancefloor percussion. That may be, perhaps, where some might wish things would get to the arse-wiggling point, as well as making the, I’m a composer me, point.

That said, darker tracks like ‘Radio Spiritworld‘ and ‘SmallCityLikes‘ are exceedingly light on percussion but totally thrive by going straight down into a horror-hole of blackness and all-round gloom. In a good way. Their relative simplicity is their very quality.

Providence succeeds in being a good record rather than a great one. It’s a snapshot of where a fair old chunk of electronic music is at the moment. Flitting between a number of stools, it fizzes along with enough moments but, perhaps, just a little lacking in identity. And a little lacking in grip and traction, across the whole. Has the feel of a record potentially great live in a big space to a big crowd, rather than 4 am with your ears jammed in a bass bin.

Providence is released on 10th March through Ninja Tune.