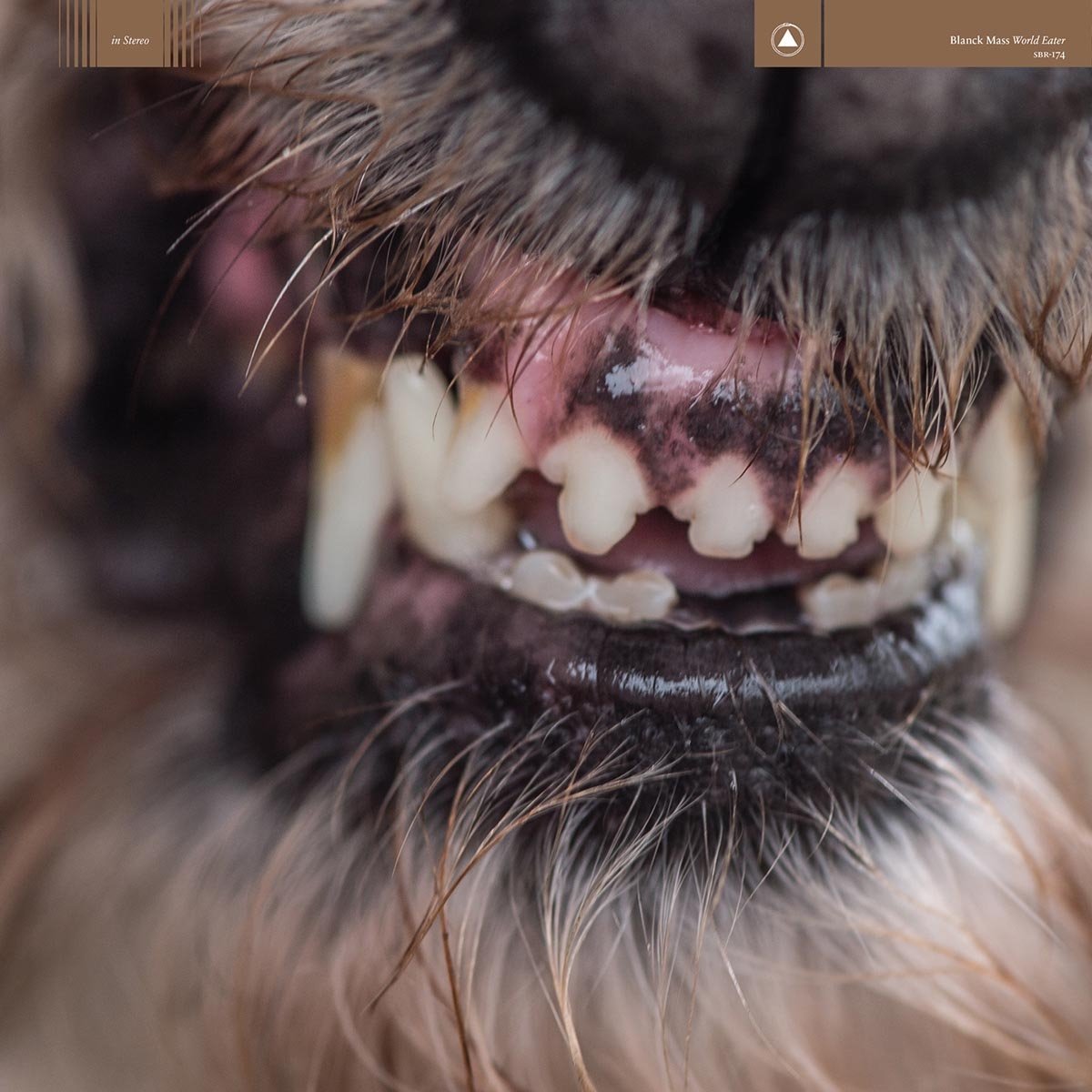 Blanck Mass‘ second solo album, the incredible Dumb Flesh, was a bold, abrasive stride out from the relative ambience of his debut, while remaining artistically distinct from his band Fuck Buttons. As noisy as Fuck Buttons are, Dumb Flesh took these influences in a distinctly new direction, and new album World Eater finds him covering new ground still. Built around crunching percussion and hypnotic samples, but there’s more of a human edge. This comes from the tendency towards using wordless vocal snippets; pitch-shifted vowel sounds, snippets that could come from the kind of wailing that fuels power ballads, chirruping, hiccuping “ooh”s. It’s these vocal tics that make up the main body of ‘Please’, but its preceding track ‘Rhesus Negative’ is powered along by the distorted screams that fueled early Fuck Buttons. Where that could suggest a look back towards his early work, the rest of the record is so varied and colourful there’s no question that Benjamin John Power is not interested in anything other than experimentation.

The brilliantly named opener ‘John Doe’s Carnival of Error’ sounds like a nightmarish carousel until those cut-up vox spiral into view. ‘Minnesota/Eas Fors/Naked’ begins with fizzing, glistening white noise that somehow becomes a Oneohtrix Point Never-style synthscape, which fades into what sounds like a sample of a mountain stream before becoming a loop of 80s radio pop. It’s an incredible piece of work that somehow sets the scene for blissed-out closer ‘Hive Mind’ that packs the swagger of his best work, but packed into something that’s almost R&B.

World Eater is an exercise in building something expansive, lyrical and emotional from a deliberately limited palette. It’s a testament to realising that less can be more, that pointed restraint can open up fertile creative avenues. Power describes the album as a reaction to “recent global events [proving that] the human race is consuming itself”, while also maintaining that this is the closest he’s ever come to writing “actual love songs”. Personally my heart beats in a clatteringly chunky, mechanical way, so if these beefy slabs of electronica are the love songs of the end of the world, bring on the apocalypse.

World Eater is out now on Sacred Bones.