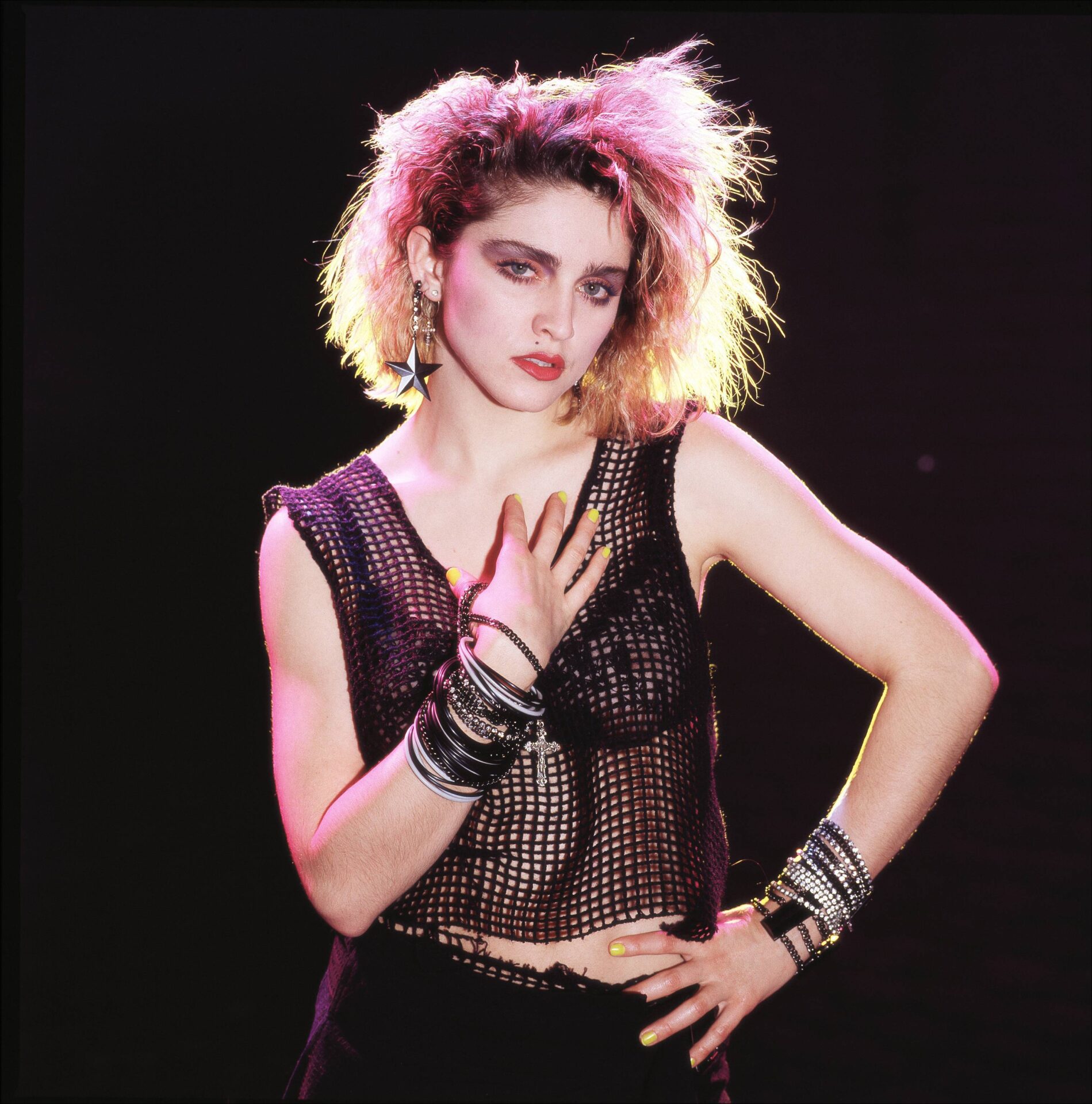 This week it was International Women’s day, here’s Tiffany Daniels article about ‘Women of 1980s Pop’ from 2010:
What’s the first thing that springs to mind when I say, “1980s music”? Perhaps it’s the uprising of snakeskin-clad metal heads, bikers and permed hair; perhaps it’s the respectable New York art scene, experimental students and Sonic Youth. If you’re British, more likely it’s post-punk and new wave, genres brazen with sexual and gender equality, but nevertheless lacking in the brassiere department – the forerunners of the scene included Joy Division, The Cure and Echo & the Bunnymen.

I’m not going to write about any of the above – others will do that better elsewhere. I’m going to explore what I believe to be the decade’s most significant movement in terms of long-term impact, and one that’s often disregarded and/or simply not realised or appreciated: In the 1980s the billionaire superstar franchise we now take for granted (or contempt) enveloped the mainstream charts – you can argue all music that makes a dent on dominant billboards is popular, but this was something new: frantic and upbeat in sound, yet appropriate for pre-watershed listening and appealing to the masses – it was the genre we’ve come to associate with the word ‘pop’.

There were, of course, male successors, including Michael Jackson, who in 1982 became the best selling artist of all time with his album Thriller, and WHAM! who dominated the British charts for much of the era. However, sandwiched between the first wave feminist movement of the 1960s and 70s, and the Riot Grrrl, kinderwhore and second wave of the 1990s, the genre became an unlikely outlet for femininity and brought about a wide-scale public acknowledgement of “the working girl”, despite its manufactured and exploitative nature.

The female pioneers who emerged became symbols, and in some cases idols of their time; they changed the face of the music industry forever and have heavily influenced contemporary artists, from Taylor Swift, Katy Perry, Lady Gaga and Shakira to Britney Spears, and Christina Aguilera. Although the racial score was met by the continuation of the Motown scene and particularly by Diane Ross’ re-launch, it became the norm to see predominantly Caucasian and Latino women perform on MTV. This article takes a look at some of the women who rocked the scene, and their continuing impact on the music industry.

In 1983, Italian American Madonna Louise Ciccone released her debut The First Album; it was not only a glistening war cry on the charts, but also something that insinuated a continuation in title alone. The singer, actress and entrepreneur didn’t fail to keep her promise: since her inception at the turn of the decade she’s released a host of follow ups, including 1984’s sophomore Like A Virgin, which is internationally
hailed as a masterpiece and is a phenomenal embodiment of 1980s pop music.

Although most now associate Madonna with sinew, faux pas spandex and dubious film appearances, during her formative years she challenged the Church’s modern convention, and also the public’s perception of pop music, women and Generation X – teens previously described as laborious and dangerously liberal found new hope in the Michigan native’s challenging artistic credentials and flamboyant dancing. She was without a doubt one of the 1980’s most important finds.

My favourite of the 1980s pop stars, Cyndie Anne Stephanie Lauper is also of Italian American decent and was born in Queens, New York. Having performed in her band Blue Angel for several years, in 1983 Lauper went solo and released debut She’s So Unusual to unfounded acclaim; her single “Time After Time” entered both the British and American charts at #1. Unlike many of her peers, Lauper contributes to all of her original material, and her co-directed video for “Girls Just Want to Have Fun” earned the first award for Best Female Video at the 1984 MTV Awards.

Much of the artistic influence we see in music today can be routed back to the 57 year-old: the vintage-gone-circus look championed by Florence and the Machine, the hard edge of Marina and the Diamonds and the high fashion of Lady Gaga were all preconceived by Lauper. Her determination, motivation and solid convictions have truly earned her a place on this list.

Listen to: her cover of The Brains’ “Money Changes Everything” from 1983’s She’s So Unusual

Britain’s Kate Bush may have launched her career at the end of the 1970s, but it would be a crime not to mention her continuing contribution to the pop scene throughout the following decade. In 1980 Bush released Never for Ever, followed by 1982’s The Dreaming, 1985’s Hounds of Love and her final album of the era, 1989’s The Sensual World. Critical and fan reception aside, the proof is in the profit: in 1980 she became the first British solo female act to top the charts with her album of the same year.

Her throne is so obvious it’s almost redundant to highlight her influence on current trends: her flare for theatrics and genuine songwriting skills earned her the legendary Ivor Novello award in 2002, and she is one of few to transcend genre, having been quoted as an influence by the likes of Tricky and The Futureheads.

Listen to: the eponymous track from 1985’s Hounds of Love

Although they launched their career in the late 1970s and called it a day as early as 1982, Blondie’s Autoamerican (1980) and frontwoman Debbie Harry’s solo albums Koo Koo (1981), Rockbird (1986) and Def, Dumb, Blonde (1989) carried enough weight and earned enough attention for the once Playboy Bunny to deserve a place on this list.

A perfect example of the backward world of feminist popular culture in the 1980s, Harry became one of the biggest physical icons of the decade, and despite her previous involvement in the sex industry is celebrated as a breakthrough pioneer for women in music all over the world. She also wrote some timeless tunes.

Listen to: “Call Me” from the American Gigolo soundtrack

Together with The Blackhearts, Joan Jett was a dominant force in the rock-pop genre during the 1970s and 80s, spawning jukebox classics “I Love Rock and Roll” and “Bad Reputation”, but also producing some legendary underground punk records, including The Germs’ 1979 debut GI.

There’s no doubt Jett became far more public about her interest in non-commercial music and strong feminist convictions during the 80s; and that certainly grinds against the ‘pop’ tag. One of the few reasons I include her on this particular list is because of her involvement in the first all-female manufactured band The Runaways, and for fear of her being neglected elsewhere. I wouldn’t sell anyone on this list for a bag of gold, but from 1980 onward Jett transcended the train wreck that was her previous career, and for that she deserves the largest slap on the back I can muster.

Listen to: “Bad Reputation” from her self-titled debut