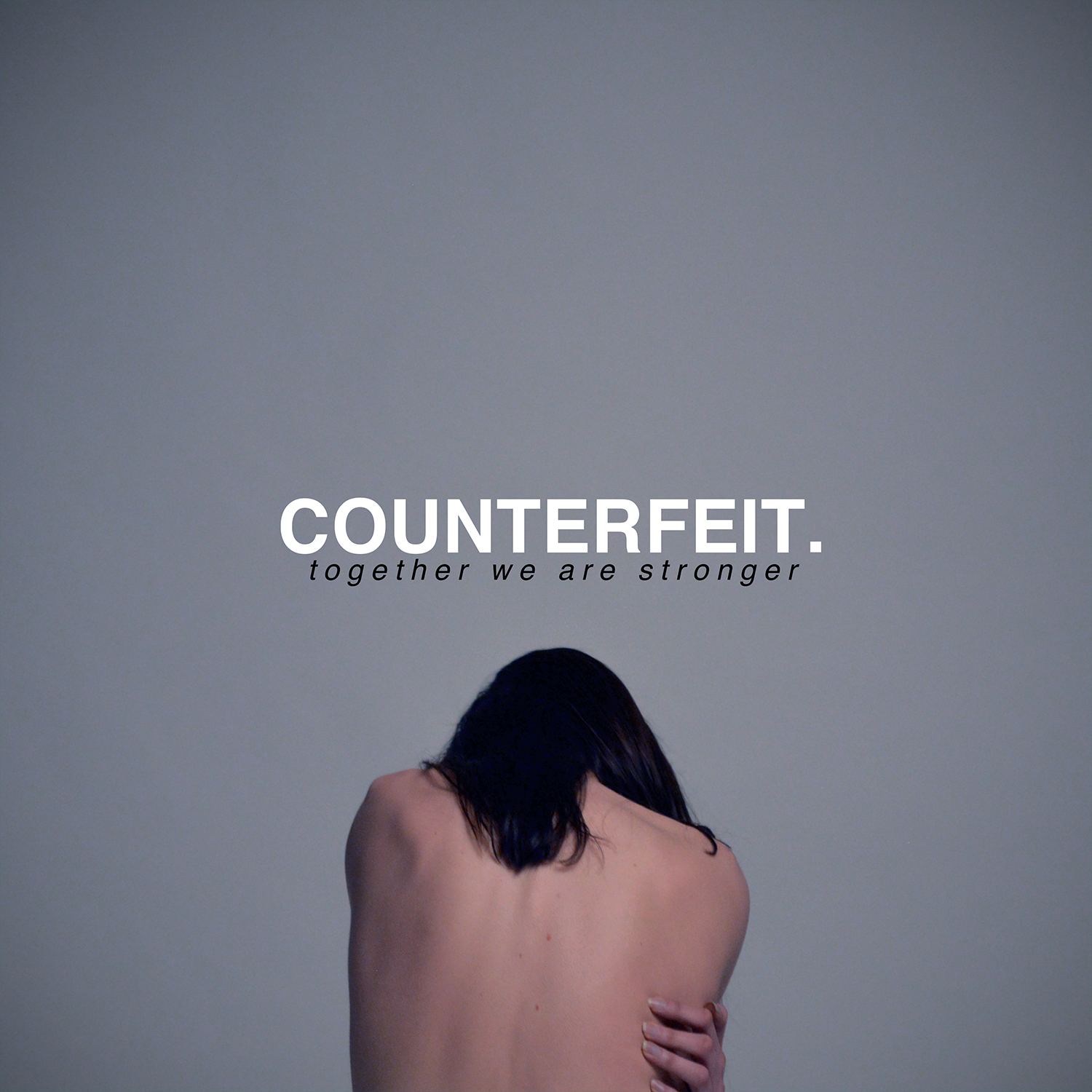 Evidently Counterfeit aren’t one to ease you in gently. They go straight into sharp, strong, and abrasive sounds from the off, holding absolutely nothing back. This, their debut album – one we’ve been waiting for at GIITTV – is definitely one to fire you up quickly and effectively should the need ever arise; pretty much each and every track (bar the very last) seems to try and outdo its predecessor in bravery, brashness, and its delivery packs a punch from all sides. Indeed, it only lets go and takes a step back from the hard, passionate bite and snarl with the very last track, but it’s difficult to work out exactly why. It could be because it needs to, having spent the previous nine tracks showing the world who should be boss and putting wrongs to right. It could also be because what better way to draw attention and make an impact than by doing the unexpected?

Speaking honestly, no one track stands out above the rest, beyond the stark contrast of the closing track ‘Letters To The Lost’, which makes no less of an impact and impression, it’s just in a much more subtle way. That being said, attention should be made to the likes of ‘Addiction’ and ‘As Yet Untitled’, if only to point out just how far Counterfeit are willing to go to make their case and prove just why GIITTV picked them for the Sound of 2017 – because Counterfeit are the embodiment of everything that music and protest has been sorely lacking lately. Phrases such as “All Killer No Filler,” as clichéd as they are, were made for albums like Together We Are Stronger. The title itself invites listeners to stand up, be counted along with the rest of the world, and make a difference for the better and benefit of everyone. For all of the bite and grit, the tracks are stunningly melodic. As we’ve said about them before, Counterfeit’s sound isn’t merely for impact, offence, and shock factor – they really do have something important to say, and they’ve composed and compiled the perfect album to do exactly that.

As you might expect from young men in a band, there are some familiar themes: lost love and toxic relationships, hedonism…  And a curious nod to well-loved English poet and playwright William Shakespeare in the form of ‘Romeo’.  Anyone who knows about that play can tell you Romeo is far from being the poster boy of romance and successful, healthy relationships.  But it’s generally the kind of stuff young folks write about these days, isn’t it?  At the same time, however, Counterfeit go that bit further and explore some very serious themes – such as suicide (‘Letters To The Lost’) and acts of terrorism and the need for solidarity (‘Enough’).

If ever there was an album more vital for the times we live in now, this would be the one. This isn’t anger for the sake of being angry, this is frustration at the injustices of the world we know right now; this is the beginning of the fight back to restore things to how they should be, but we, they, whoever can only do it if we’re in it together. Actually, that seems to be a recurring theme throughout the album, with not-so-gentle nods to something personal, or at least potentially personal here and there; if anything, it only adds to the poignancy of the record.

Together We Are Stronger is out 17th March on Xtra Mile.  Counterfeit are also on tour around Europe and the UK.  Tickets and information can be found HERE.