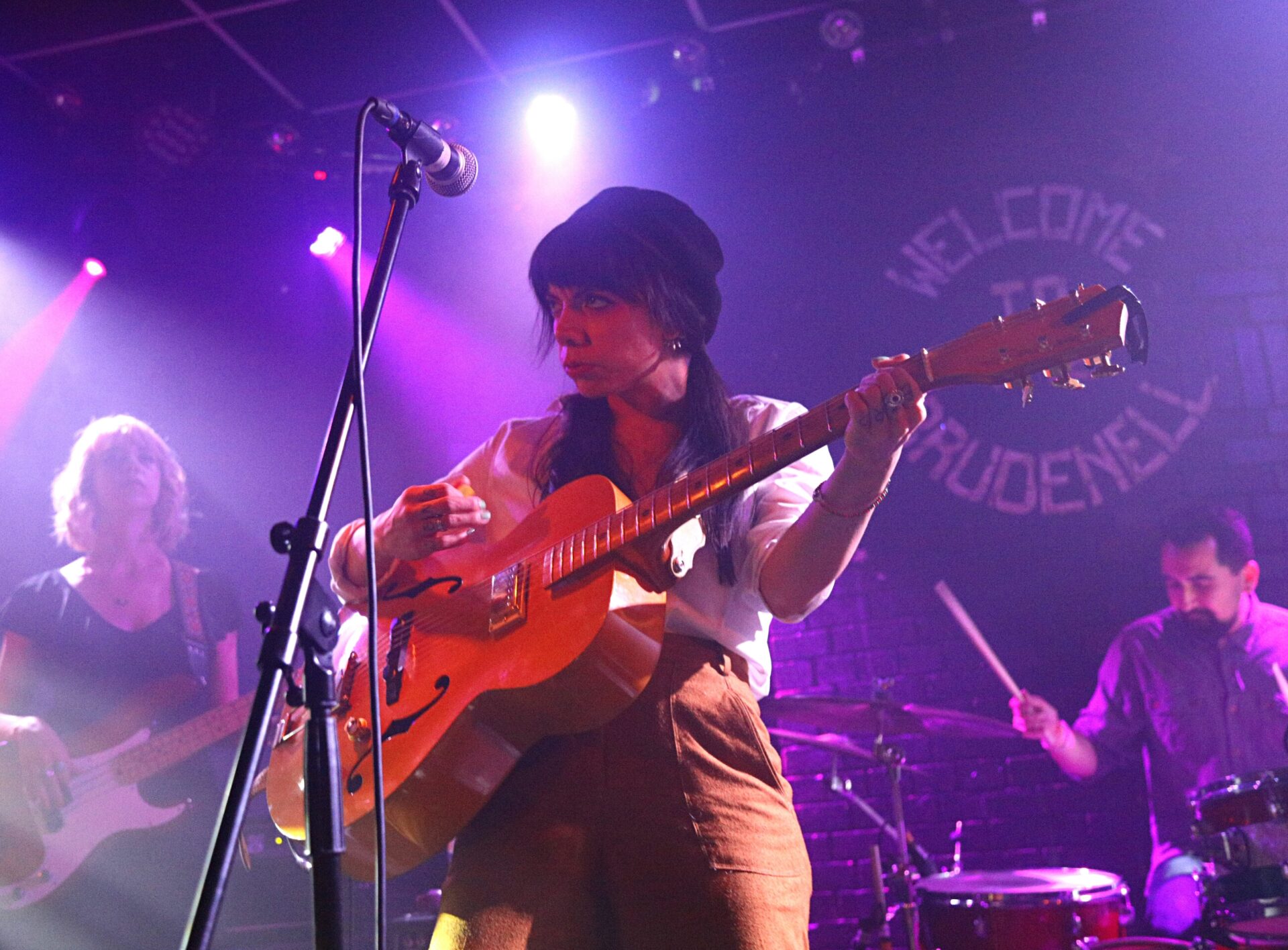 There is a lot to be said for looking the part. Evidently, both Hurray For The Riff Raff and their support act, The Higher Planes, are abundantly aware of this. When the latter band finished their set of classic R&B originals (rather uncharacteristically, it must be said, with some kind of enjoyable pirate sea shanty), I turned to God Is In The TV’s deputy editor, the tireless Simon Godley, and exclaimed “So, Joe Cocker lives then!“, and he informed me that he had literally only just said to his accompanying friend that he could feel a bit of Mad Dogs & Englishmen going on there! Great minds and all that, if, indeed, Simon and I can legitimately describe our minds as such…

Higher Planes convey a truly aesthetically pleasing set up, with two fiercely soulful male singer/guitarists on one side, and two equally strong female backing vocalists on the other. Granted, these ladies bring a sense of glamour to the occasion, but it would be churlish and downright rude not to acknowledge that they are also a key part of what gives them their sound. The four-part harmonies really are a treat; Adam Sneakens cutting a Richard Thompson like figure (albeit with neater hair) and his brother Jon, despite possessing a speaking voice reminiscent of Rupert Bear, has a set of lungs so powerful that anyone wearing a wig had better hold on tight. 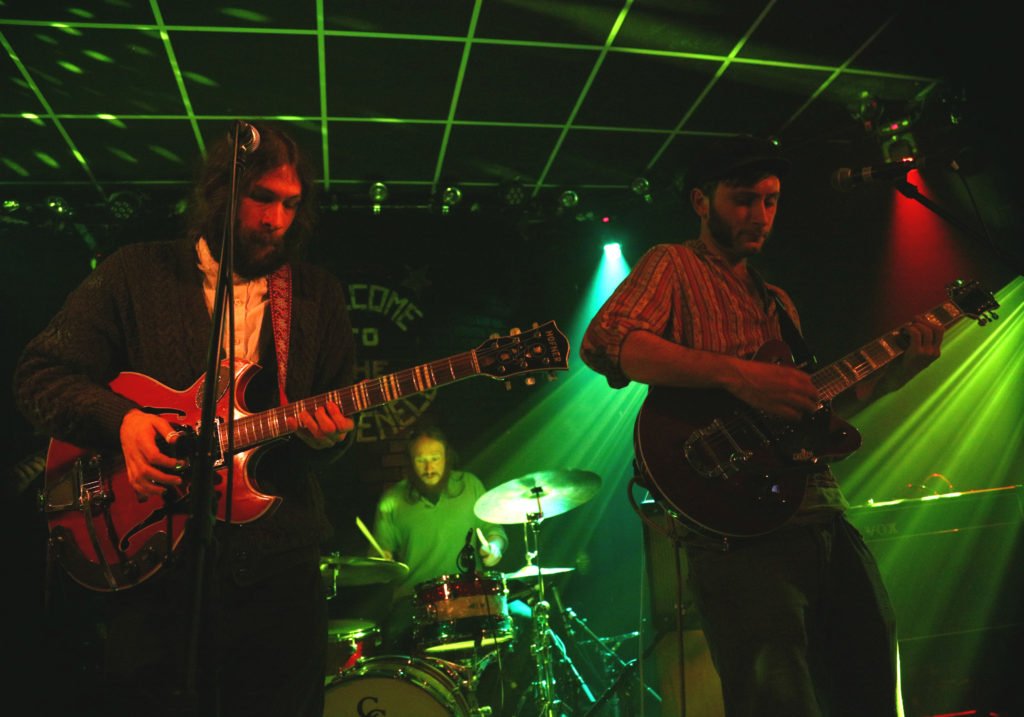 As great as Higher Planes undoubtedly were, Hurray For The Riff Raff were on a much higher plane instead. After the double whammy of the opening salvo (the brilliant, Band like ‘Life To Save‘ and the Latin tinged ‘Nothing’s Gonna Change that Girl‘), the immaculate Alynda Segarro positively prowls the stage, eyeing her audience intently as the band go about performing a set largely composed of cuts from their two most recent albums. There are no violinists on stage tonight, so the fiddle part of ‘Blue Ridge Mountain‘ is recreated on electric guitar, while the street gospel choir from the latest long player is, of course, also absent and therefore the two songs which bookend the extraordinary The Navigator are also missing in action.

Pretty much everything else is represented though, with note-perfect renditions of ‘Living In The City‘ and ‘Hungry Ghost‘ verily blasting out of the sound system with great aplomb, whilst the already quite staggering ‘Pal’ante‘ is beefed up and delivered with such an impassioned performance from Alynda that it somehow, inexplicably, gets its message across even more effectively than it does on record. We are implored, beforehand, to “look after one and other, look out for one and other and be kind“, or words to that effect, in order that we can “go forward” together, in an effort to get through this, arguably the most testing period in our lives.

Luckily, we have Hurray For The Riff Raff around to at least provide us with that glimmer of sunshine, that optimism, that hope that in the end, everything is going to be just fine. 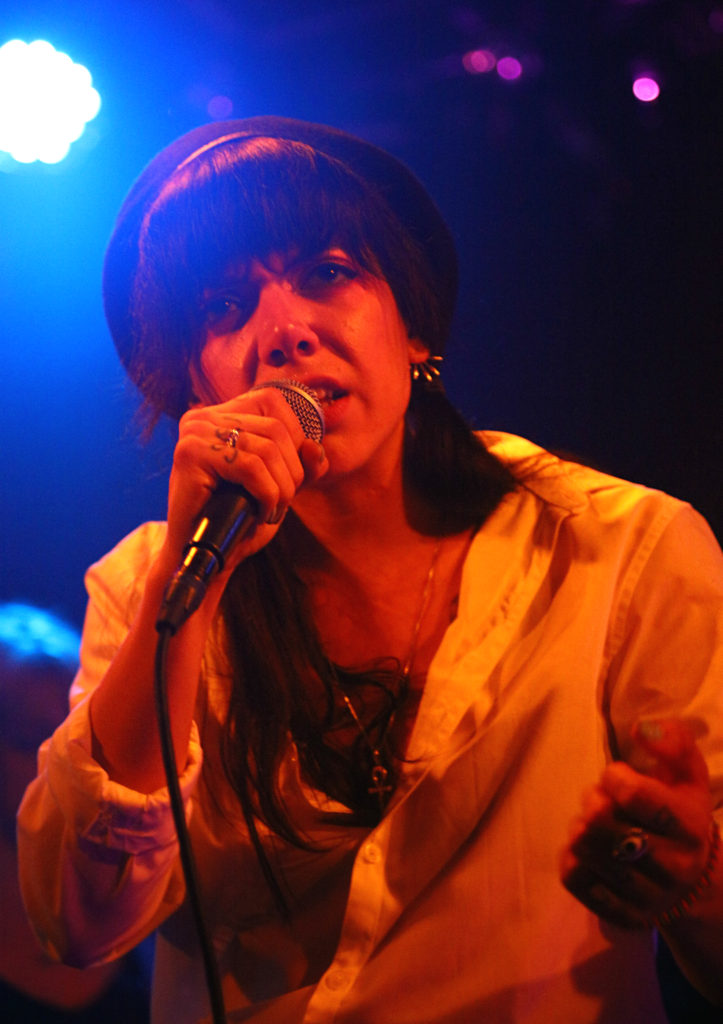