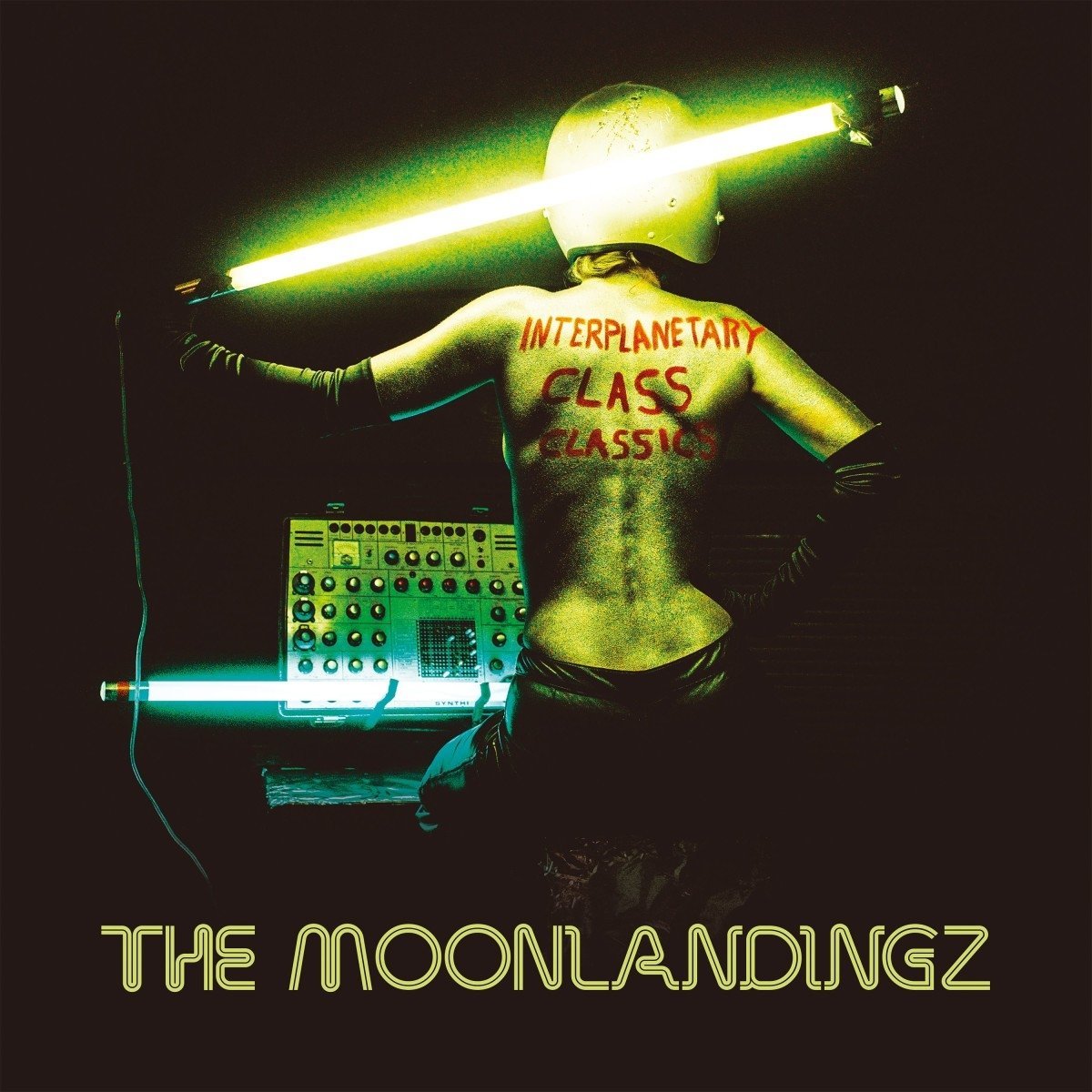 “What do you get when you fall in love? You only get lies and pain and sorrow.”

Sorry Mr Bacharach, you have been hopelessly misinformed. I have fallen in love with The Moonlandingz, and my love grows deeper every day. There is no pain here, and not even a smidgeon of sorrow. You wanna dance? You got it. You wanna punch the air? Check. You wanna cruise down the freeway with the wind in your hair? No problem. Even though I’m not even American (let’s be honest, ‘motorway’ would have sounded shit). This is truly music for smiling to, and my lips have been stretched so wide that I fear I may be in danger of being mistaken for a well known Batman villain. I haven’t had this much fun in ages.

As you might expect from an album which presents guest stars as varied as Phil Oakey, Rebecca Taylor from Slow Club, Yoko Ono and Randy Jones, the Red Indian from The Village People, Interplanetary Class Classics isn’t exactly short on innovation. Yoko, for instance, contributes vocals and yelps on album closer ‘This Cities Undone‘ (yes, grammar Nazis, that IS how it’s spelled here), which sounds for all the world like Sisters Of Mercy have pulled an unhinged pensioner in off the streets to perform the musical ‘Hair‘ with them. The result is magnificent, a Godalmighty racket that thrills and energises in equal measure.

Before that though, we are served up a banquet of endlessly appetising lunar delights. If Bauhaus took amphetamine and decided to write a glam rock anthem, it probably would have ended up sounding like ‘Vessels‘, while the space-age electronica of ‘IDS‘ (no prizes for guessing who that’s about) seems to at first slow down the sax melody from Madness‘s ‘One Step Beyond‘ and somehow transpose this into an insistent, intergalactic musical express train. We are given space to breathe on ‘The Strangle Of Anna‘, which more than confirms the (let’s not forget, once fictional) band’s not inconsiderable diversity, beginning like Darklands era Jesus And Mary Chain, and finishing, thanks to the aforementioned Taylor’s backing vocals, with the kind of uplift normally reserved for the likes of Spiritualized.

The Devo-goes-pop of both ‘The Rabies Are Back‘ and ‘Neuf Du Pape‘ surely makes them contenders for the ‘Most Cheerful Song Of The Year’ award but really, pick any of the eleven songs on offer here and I guarantee they will work as a pick-me-up. Conversely, the lyrics aren’t exactly always upbeat, but if Interplanetary Class Classics doesn’t make you want to at least throw some shapes, then there really is no hope for you. 2017 really is turning into a sterling year for stellar albums, and this is no exception.