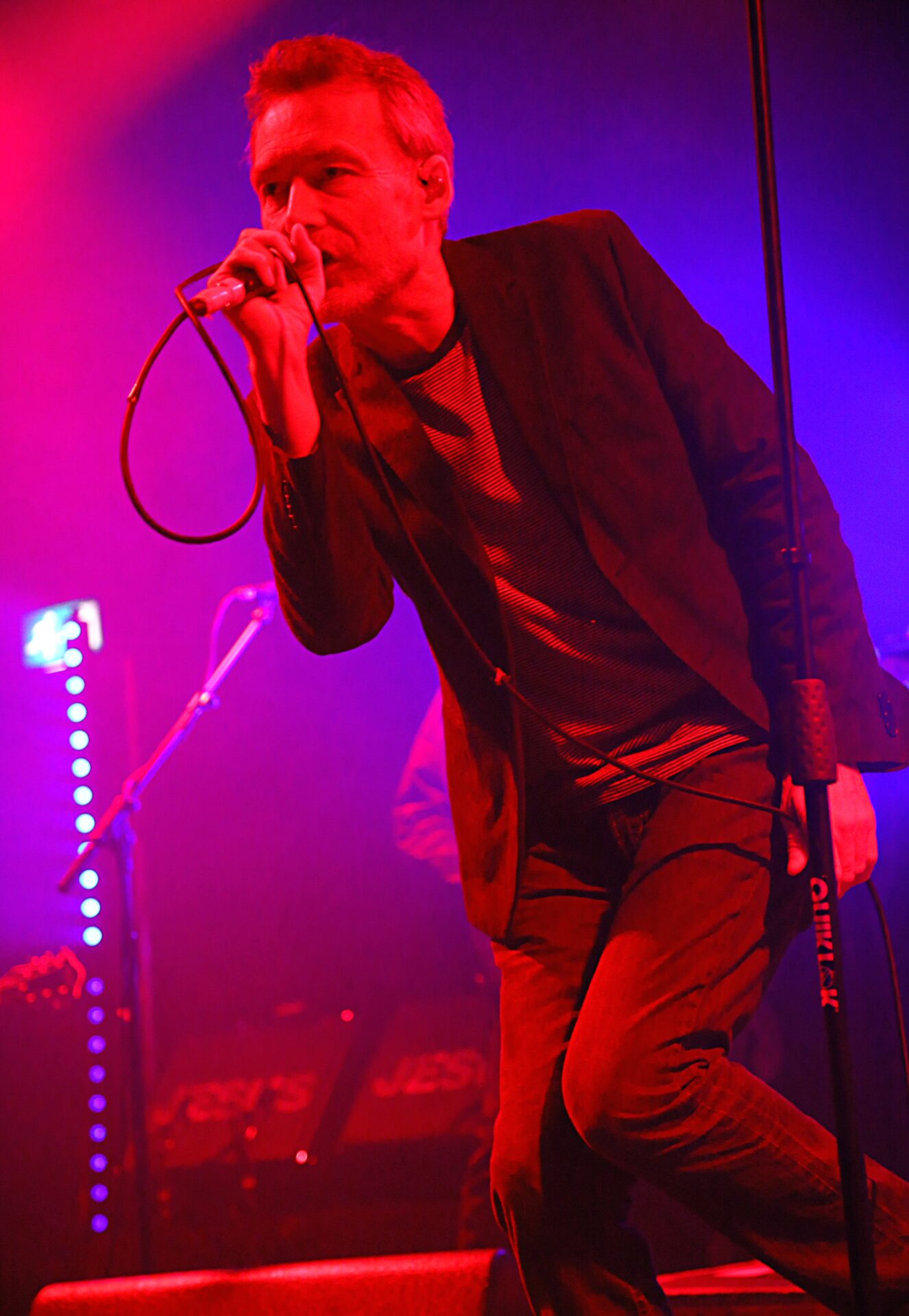 I’m not quite sure how this happened, but somehow, I have gone through the past 30 odd years without ever having seen The Jesus And Mary Chain live. This is odd, as I liked them when they first burst onto the scene, and it’s not like I ever stopped collecting their stuff, yet here I am, three decades later, making my maiden voyage on the good ship East Kilbride, albeit via sunny Leicester. Well, ok, it’s pissing it down here, but it’s still a voyage all the same.

Any preconceived thoughts I had that the brothers Reid might stand there sullenly staring at their trainers throughout were quickly dispelled by the hard hitting, fast paced salvo of Damage And Joy‘s opening track ‘Amputation‘, followed by ‘April Skies‘, ‘Head On‘ and ‘Far Gone And Out‘. For a band to have such confidence in its convictions that they can afford to dole out so many of their best known numbers so early in the set speaks volumes for their passionate, committed fanbase, who lap up, embrace and cheer the smattering of new tracks with the same fervour normally reserved for performers’ time honoured classics.

That audience, it must be said, is made up mostly of middle aged men with receding hairlines (me being a prime example, to be fair) reliving their youth in mini-moshpit pockets amongst the throng, though the band do seem to also attract the most eccentric type of female reveller too – I saw one bespectacled loon bouncing around the hall in such a frenzied manner that you would have been forgiven for thinking she was at a Wham! concert. 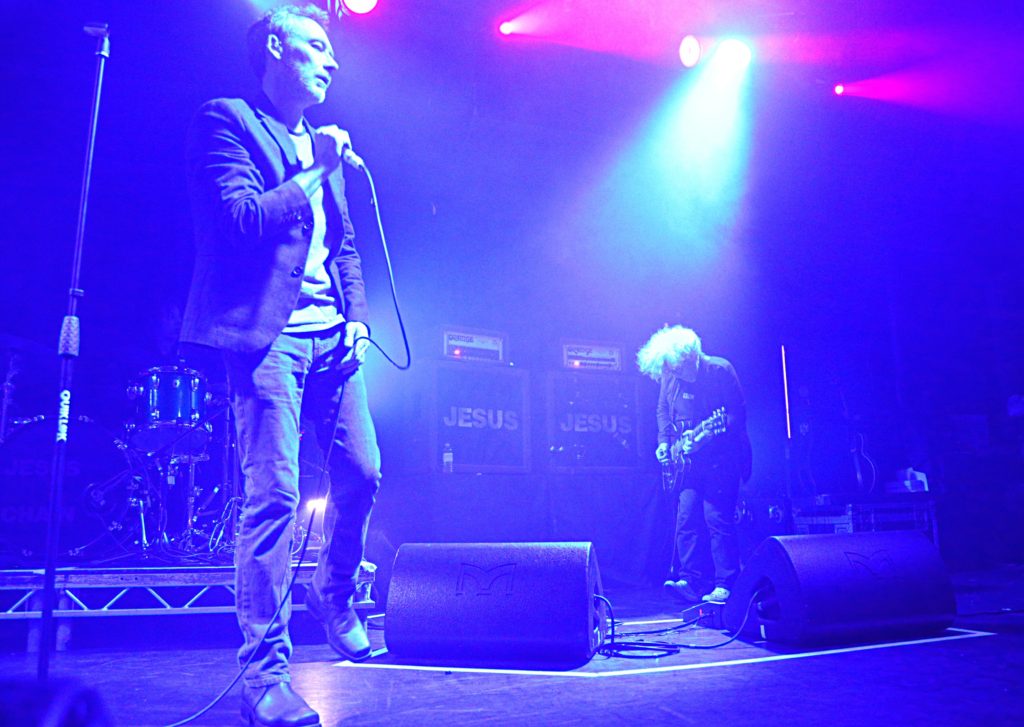 Mary chain shows, of course, have long been a nightmare for photographers and epileptics alike, a cavalcade of bright flashing red, white and green lights (amidst the fake smoke) making it tricky for even the most seasoned lensman to get a decent shot (I think God Is In The Tv’s own Paul Reno deserves extra kudos here, for that very reason!)

Interestingly, most of the Psychocandy material is reserved for the encore tonight, and an entire twenty years worth of output is overlooked in favour of the celebrated 1985-92 period, as well as a handful of songs from the latest long player, but it isn’t difficult to see why, as Damage And Joy actually features some of the most thrilling work the band have put out to date and works perfectly in what turns out to be a wholly delightful extravaganza of both happy nostalgia and wicked exuberance. True, the breakdown of songs is not an irregular occurrence, but somehow this endears you to them even more, rather than irks. Plus I defy anyone to name a band with a better main set closer than the magnificent ‘Reverence‘. No damage tonight, but there is an awful lot of joy.