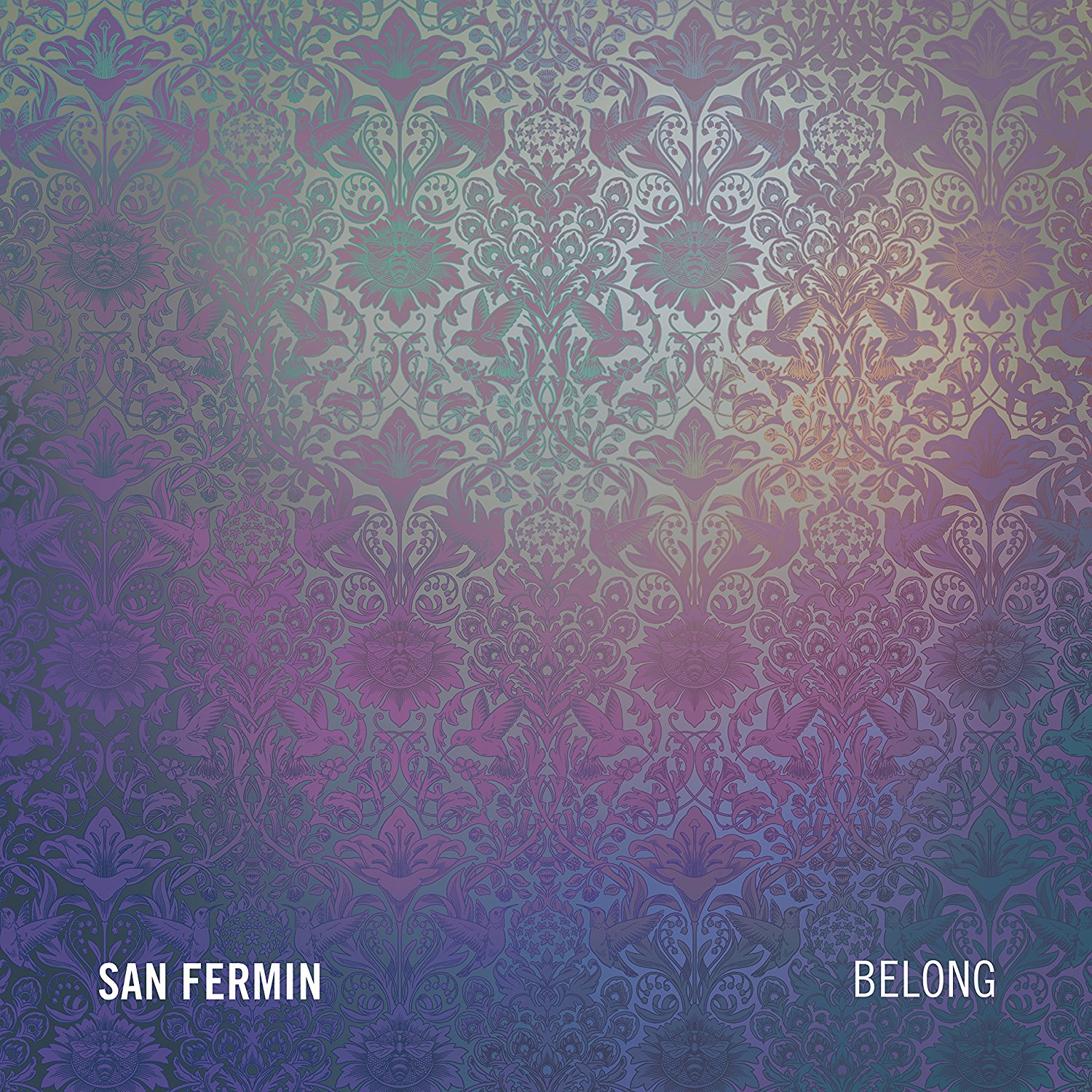 Every time San Fermin release a new album they seem to have expanded. There are eight members on Belong, fast approaching UB40 proportions. A self-styled musical collective ably led by Ellis Ludwig-Leone, they are more than a sum of parts.

‘Open’ begins with electronic breaths and heartbeats. This sound is the cohesive element, rather like a life support system, that pulses positive energy through the album. Lead vocalist, Charlene Kaye’s voice is sweet and smooth, ‘Open your mind and let me in.’ It is a vulnerable start, like open heart surgery. There are celestial backing vocals where angels sing. At the end of the song they rattle their tambourines as they depart for the heavens.

The lead single, ‘No Promises’, is accompanied by a simple video that looks like flock wallpaper infused with LSD. Yet the music is much more tangible. Kaye, has everything firmly in control. She has attitude and charisma, delivering imperatives such as ‘Pack your bag…Drive all night…Waste your youth’ with great persuasion. But ultimately, there are ‘no promises’. A Brooklyn Fleetwood Mac.

Allen Tate takes lead vocals on tracks such as ‘Oceanica’. It affords a satisfying contrast. Multi-layered, it is one of the more innovative tracks. There are drums, keys, horns and percussion all skilfully arranged. Often Tate and Kaye’s voices are brought together such as on ‘Belong’ where the two speak as lovers. It’s romance with a warning, ‘I belong to you but not all the time.’ The addition of horns heightens the uncertainty. It’s difficult to work out the relationship of the pair on ‘Better Company’. They encourage honesty, ‘Show me where I’m wearing thin.’ When Kaye and Tate alternate lead and backing vocals, they are well-balanced, knowing just how to complement each other.

All the musical elements are equally expressive, the violin on ‘Bones’ and ‘Cairo’, for instance. The saxophone on ‘Perfume’ mirrors the riskiness of the lyric in which the narrator asks for more love. Whilst ‘Palisades/Storm’ features a dramatic piano and military drum rolls. The listener is fully into the tempest toss’d.

‘Dead’ is the most challenging and feverish track on Belong, ‘Get your ribbons off my bed/I’d rather be dead.’ The vocals and drums are discordant. Everything has a slightly unhinged quality. The violin hacksaws through as in the shower sequence in ‘Psycho’.

The whole thing is put to bed with the acoustic and narrative track, ‘Happiness Will Ruin This Place’. The song both affirms and negates love. It is patchwork in texture, hexagons of rough tweed against worn silk.

Don’t let the apparent lightness and accessibility of Belong fool you. Ludwig-Leone has taken some personal risks on this album, writing vulnerable tracks in which the frequently addressed ‘honey’ is not a songwriter’s cliché but a very real sweetheart, someone who could hurt and be hurt. But we wouldn’t be human if we didn’t chance it.

Belong will be released on 7th April 2017 on Downtown/Interscope.