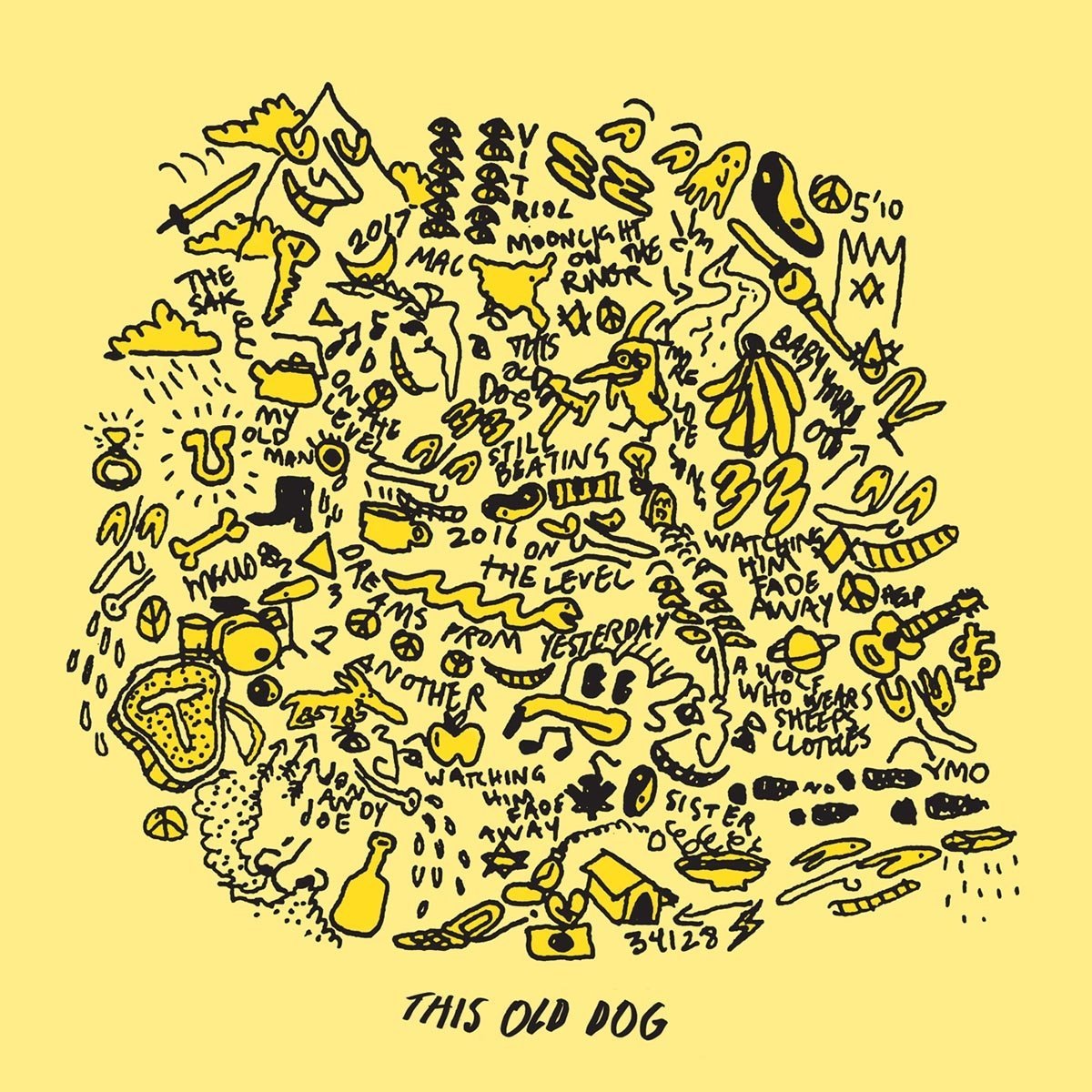 When I first pressed play on This Old Dog, the new album from Mac De Marco, it was pouring with rain from heavy grey skies. It didn’t quite work for me. Disheartened, I gave it a ‘meh’ rating and carried on with my day.

There are some musicians that just work better with certain weather. The sunny chill of Mac DeMarco is one of them. Whether it’s his LA lifestyle, the upbeat bounce and swing of Salad Days, or his laconic lo-fi output, he’s someone I associate with summer.

The weather hasn’t perked up, but that’s ok. Because there’s some grey in This Old Dog. Thunder rolls as well as bright sunshine. Clouds shift before drizzle descends again. Contained within these forty minutes is a sense of melancholy, some romance, a little rawness and anxiety. After Salad Days it’s not what I expected. Neither was it for him apparently.

There’s a certain weariness to the threads that run through this record, whether that’s induced by age or experience. First track ‘My Old Man’ rumbles with a traditional folky twang. The lyrics ‘looks like I’m seeing more of my old man in me’ remind me of Kurt Vile’s lay ‘Pretty Pimpin’ although more about adverse parental relationships.

There’s a sparseness that continues into ‘This Old Dog’. Written on an old acoustic guitar apparently purchased with a ten dollar bill borrowed from a local guy in Vancouver, many of the final pieces are first takes, and the sketchy shift of fingers across guitar strings casually enticing. As sparse as things seem, there’s a labyrinth of sounds to attune the ear to. Supported by mega musicians Paul Simon, James Taylor and Mac’s Yellow Magic Orchestra, the little strums and taps soon build up into an infectious atmosphere.

Things perk up a bit with a reggae twang that kicks off ‘Baby You’re Out’ reminds us of Mac’s sunny vibes, whilst the intro to ‘One Another‘ seems lifted straight from ‘(Make Me Smile) Come Up & See Me‘ by Steve Harley & the Cockney Rebel. Woozy romance on ‘For the First Time’ comes through lyrics and quivering metallic chords. The soft side continues in the short sweet ditty of ‘Sister‘ and the piano drenched ‘One More Love Song.’

Undulating mesmerism and off kilter loops are what makes ‘On A Level’ stand out, and then moments later we step back to sweet splices of pure melodies in ‘Moonlight On The River‘. The track shimmers like the glow of its namesake, before descending into glorious chaos as it spirals out.

The father factor continues to be explored in final track ‘Watching Him Fade Away’, a piano tripping under raw lyrics that describe the complex and unintelligible way that life works. “The thought of him no longer being around / Well sure it would be sad but not really different’ he acknowledges, before launching into a chorus ‘And even though we barely know each other / It still hurts watching him fade way, watching him fade way.”

Just like ‘My Old Dog’, it’s a tune that feels sombre. Speaking of the opener and closer, “Those two are kinda sad which is weird for me,” Mac says. “A lot of ‘em are. This record doesn’t really have any love songs on it either, maybe one or two, I’d have days where I’d try to write big pop songs but I just couldn’t.”

That’s ok. The relentless optimism of Salad Days has shifted, and what we have on This Old Dog is a more complex exploration of life, with all its vicissitudes and changes. We all grow up, even this optimistic oddball.

This Old Dog is released on 28th April through Captured Tracks.