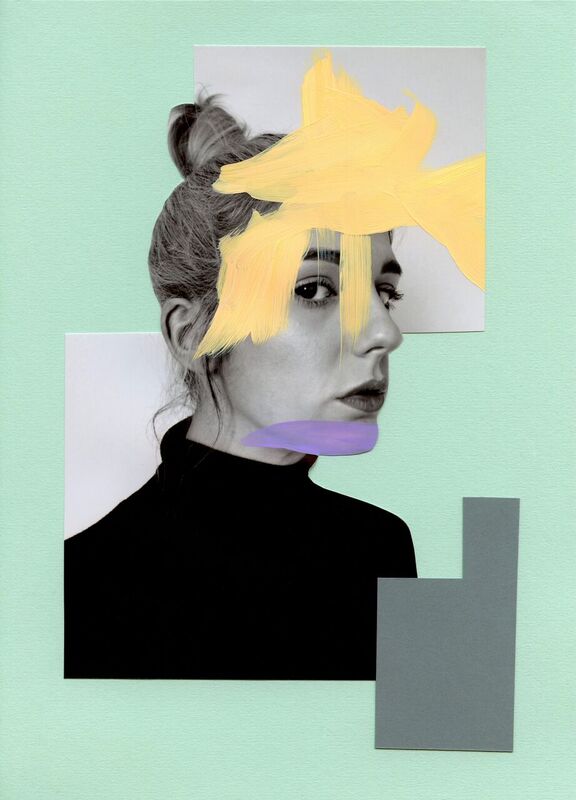 The startling vocal montage that greets us on ‘Y Newid‘ – or ‘The Change‘, if we translate into English – at the beginning of Ani Glass‘s new EP is somewhat surprising, to say the least. Who would have expected the erstwhile Pipette, after all, to deliver something so beautifully ethereal, while at the same time tapping into the pop sensibilities of ‘Like A Prayer‘ era Madonna. It’s a bold opening gambit, and I am assured that these songs are full of socio-politically aware prose, though I wouldn’t have a clue about that. She could be singing about burning effigies of me, for all I know. The only reason I know the English titles is because it tells me what they are in the press release.

“It’s about reconnecting with my language, history and culture after returning home having been away for years,” Ani says, “the songs are a snapshot of this journey of self discovery.”

Now we’ve cleared that the lyrical side of things up then, I will try to elicit exactly what you can expect, aurally, from Ffrwydrad Tawel, apparently named after top Welsh contemporary artist Ivor Davies’s latest exhibition from 2016. Although based upon modern themes, there’s a decidedly retro feel about the music on offer here, a deliciously early eighties one at that, evoking fond memories of, say, Visage, or OMD. There are nods slightly further back in time as well though: ‘Y Ddawns‘ (‘The Dance‘), for example, comes across in a similarly sultry fashion as Donna Summer did on ‘Love To Love You Baby‘. Clearly Ani loves dressing up in other performers’ clothes every now and again, and there are shades of former idols with every outfit change. Perhaps best of all is closer ‘Cariad Cudd‘ (‘Secret Love‘), which lies somewhere between Big Audio Dynamite and Dubstar and as a consequence is something of a match made in Heaven.

If dreamy electropop is your thing, I would imagine that this will be right up your alley. It’s certainly a pleasant listen, although with me being someone who has always regarded the lyrical content as being as important as the melodies within, it is harder for me to embrace it as fully as perhaps I ought, seeing as I have absolutely no idea what she is saying. Still, the trainspotter in me enjoys identifying reference points such as Eurythmics, Kate Bush, Laura Branigan and Lana Del Rey amongst the 5 tracks that comprise this EP, which is lovely, warm and atmospheric.