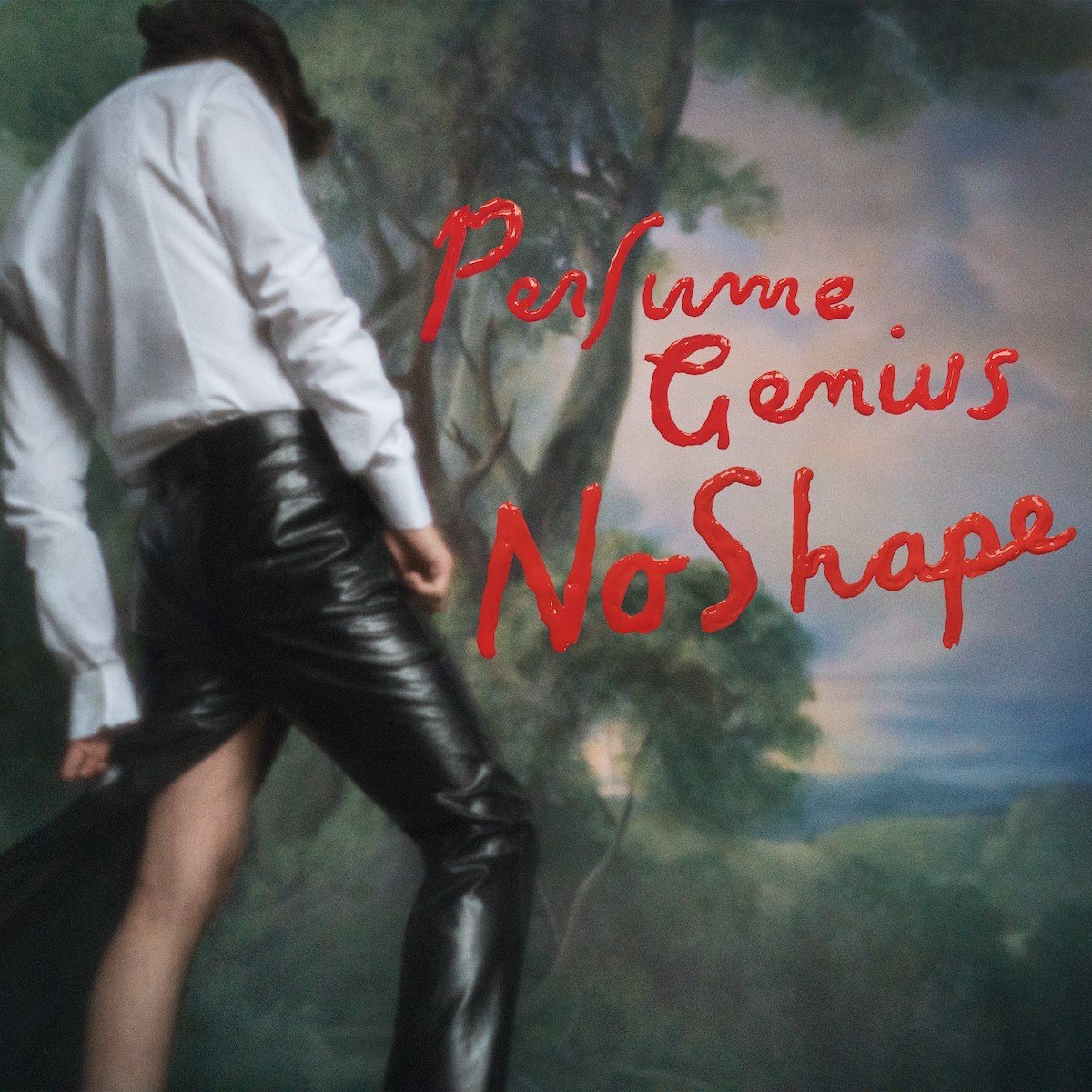 Mike Hadreas has been releasing albums under the name Perfume Genius since 2010. After two albums of sparse eerie lullabies he made a leap forward with his last release, 2014’s Too Bright. It was comfortably his best and most commanding record, because his songwriting became sharper and his voice had a new sense of confidence. Coupled with more lavish production and increased use of instrumentation, it made his gift for expressing himself even more captivating. For his latest record, No Shape, Hadreas has kept the momentum going and has made something very special.

No Shape begins with the devastating ‘Otherside’. Hadreas’ fragile voice and a delicate piano lead the song, before a huge explosion of swirling keyboards and harmonies appear in the breathtaking wordless chorus. After the second chorus the song quickly disappears; it’s just two and a half minutes. There’s barely time to take in the beauty you’re hearing and you want to relive this fleeting moment immediately. He uses this trick over and over.

‘Slip Away’ recalls Patrick Wolf (another singer who reinvented himself from a lo-fi troubadour to push his pop star leanings on his third record ‘The Magic Position’). The clattering tribal rhythms add intensity as Hadreas passionately sings, “don’t look back, I want to break free, if you’ll never see ’em coming, you’ll never have to hide”. His use of textured arrangements and unexpected chord progressions never detract from how brightly his melodies shine. The last artist to do this so skillfully was Susanne Sundfør (on her 2015 masterpiece, Ten Love Songs).

Hadreas is known for his ballads and No Shape features many of his strongest. ‘Every Night’ has a stillness that’s close to the simplicity of his first two releases. Flourishes of strings, lush synths and an off-kilter guitar help make a standout from the Guillemots like ‘Just Like Love’. Hadreas advises, “they’ll talk, give them every reason” before cooing vocals repeat the title on the gorgeous chorus. He achieves a tender beauty with the grace of Kate Bush and Bjork on the exquisite, ‘Braid’. No Shape closes with an emotional punch thanks to the heartbreaking, ‘Alan’. Hadreas questions the feeling of being content in a relationship as he sings, “you need me, rest easy, I’m here, how weird”.

No Shape is the most ambitious and varied Perfume Genius release because Hadreas’ influences have expanded. He cited Bruce Springsteen as inspiration, which is evident on the almost-anthemic ‘Wreath’. His muted vocals on the claustrophobic, ‘Choir’ give the song a menacing undercurrent of sadness – reminiscent of The Cure meets Owen Pallett. ‘Sides’ is a bittersweet duet with Weyes Blood where she sings, “I’m a fool for the games we play, wish I had the strength to leave”. Musically, it sounds like a James Bond theme produced by Stephen Merritt. Best of all is ‘Die 4 You’, a sensual ballad that shows his love of soul music and has a striking vocal performance.

Hadreas’ strength as a performer is the ability to draw you into his world. As a lyricist he expresses his emotions clearly, yet his music is rich and full of mystery. It feels like being intimate with his audience is inevitable. He makes it easy to become attached to him as a musician and a person. Throughout his four albums you can hear him grow. Just like on, Too Bright, this album is another leap forward, only this time round he hasn’t just outdone himself, he’s outdone everyone else. No Shape is an astonishing record.

No Shape is released 5th May on Matador.