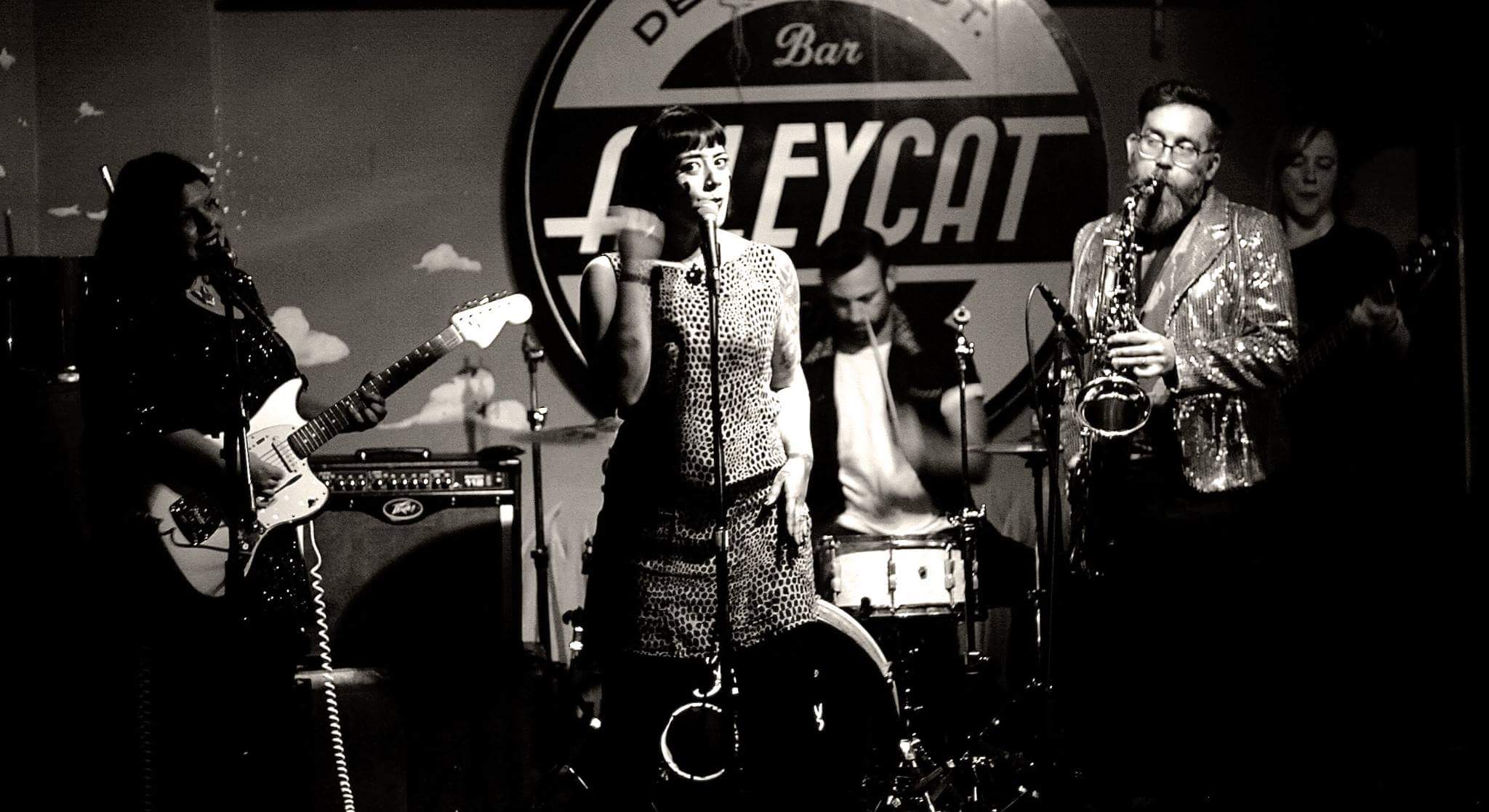 London’s GUTTFULL release their new single ‘Keyboard Warrior’ shortly, Cassie from the band says “it’s a stab back the sexist trolls who hang around female musicians’ media making gross comments.’ A spiky sax-laden feminist punk song with a side order of rrriot grrrl, it rattles along delightfully flipping vs at twattish sexist trolls. It shares a punk angularity and attitude with The Slits and harks back to the kickass brass punk of X-Ray Spex.

The band have kindly given us the video premiere. Cassie explains that the video was inspired by the comments left on her previous band the Wimmins Institute videos: ‘We crowd-sourced some of the video – all the horrific comments scrolling along in the video are genuine comments that have been left on YouTube, Facebook etc, many submitted by our friends and fans who sent in screenshots.’

Keyboard Warrior is the second single to be released by GUTTFULL, following up from their debut Arsehole, released to coincide with the inauguration of President Trump.

With several more releases planned over the summer, GUTTFULL are on fire right now. Who’s between the crosshairs for their next song? Bet it’s the patriarchy.

The band is fronted by newcomer Moe Tasker, with LOUD WOMEN’s Cassie Fox on guitar and songwriting, Thee Faction’s Phil Whaite on sax, and Kenickers’ Gemma Gompertz on bass. New drummer Louis Richardson stepped up to the throne last month following the departure of Magnus Alanko, who moved to China to work with pandas.