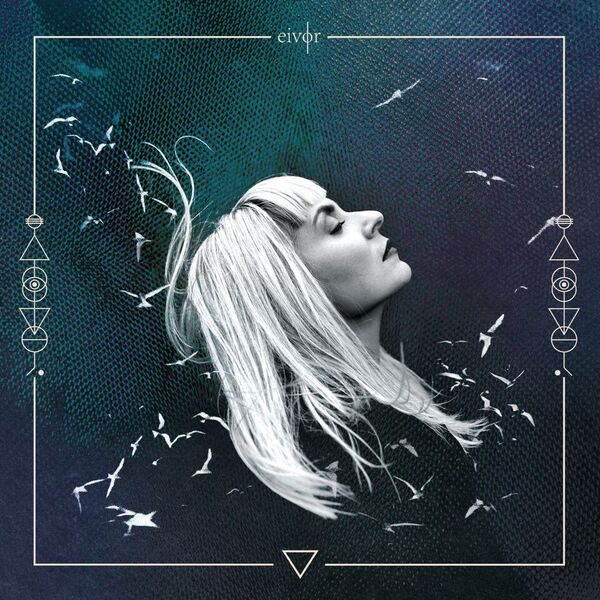 When Eivør stepped out for her debut performance on Later With Jools Holland, the Faroese singer-songwriter stood as a solitary figure.  With just a traditional drum in hand, performing a stirring rendition of ‘Trøllabundin,’ she sang evocatively and her throat singing, not unlike that of Tanya Tagaq, was captivating.  You could be forgiven for thinking that Eivør was an emerging artist from the remote Scandinavian islands, but that couldn’t be further from the truth.

Slør, is actually her tenth album, and a new English translation of her 2015 LP.  As well as having a vast back catalogue, her music has also been featured on everything from trailers for Game of Thrones and the upcoming video game Metal Gear Survive to Martin Scorsese’s latest opus Silence and the BBC’s Viking epic The Last Kingdom.  Fair enough, you might think.  Judging by ‘Trøllabundin,’ Eivør’s music fits the atmospheric mould perfectly.  Except, Slør throws yet another curveball at the listener: for the most part, it’s an electro-pop album.

Eivør mixes together bassy, stabbing synths with spacious, twinkling electronics and big, bombastic pop beats, sometimes imbuing her songs with intricate folk melodies and acoustic guitar.  Sometimes it has the dark, vintage sound of Depeche Mode, while at others it’s more akin to Kate Bush (‘Fog Banks’ in particular has the airy lightness of Never For Ever, Eivør’s voice reaching the seemingly impossible highs that Bush achieved early in her career).

Thankfully, Eivør doesn’t shy away from her Faroese roots when it comes to her lyrics.  While a clutch of her songs are romantic, they also express a love of the landscape of her native country.  During ‘Salt’ she speaks of “canyons deep within my soul” but also “torrents of fury” and that “the tide is turning” (it even samples the waves crashing against cave walls). On ‘Fog Banks’ she sings that “everything is veiled today/ but the mountain tops are still bright spots,” likening a friend’s dementia to the Faroes’ changeable weather.  There’s even a touch of mysticism on ‘In The Mist,’ which recalls a time when she went missing atop Støðlafjall mountain, and “no one hears where I’ve been.”

It’s impressive how well the album has been translated without feeling clunky, but when Eivør begins to throat sing on ‘In The Mist’, it’s impossible not to pine for more of these raw moments.  Slør is often as nebulous as the rolling mist across the Faroese plains, with the likes of ‘My World’ and ‘In My Shoes’ feeling like they could drift away in the lightest of breezes.  ‘Piece By Piece’ changes the sound palette entirely, opting almost solely for intricate acoustic guitar.  It’s backed by harmonious male vocals, nodding to the Faroese a cappella tradition, but don’t feel as strong or powerful as an all-male chorus probably should.

When the stark, rousing tones of ‘Trøllabundin’ re-emerge at the end of the album, it feels thoroughly refreshing.  Although some of the deeper, darker moments are engaging and memorable, there’s something of an irony in the fact that making Slør more accessible to an international audience leaves you wanting something a bit more traditional.  As it stands, this is makes for a pleasant, if somewhat frustrating, introduction to Eivør’s work.