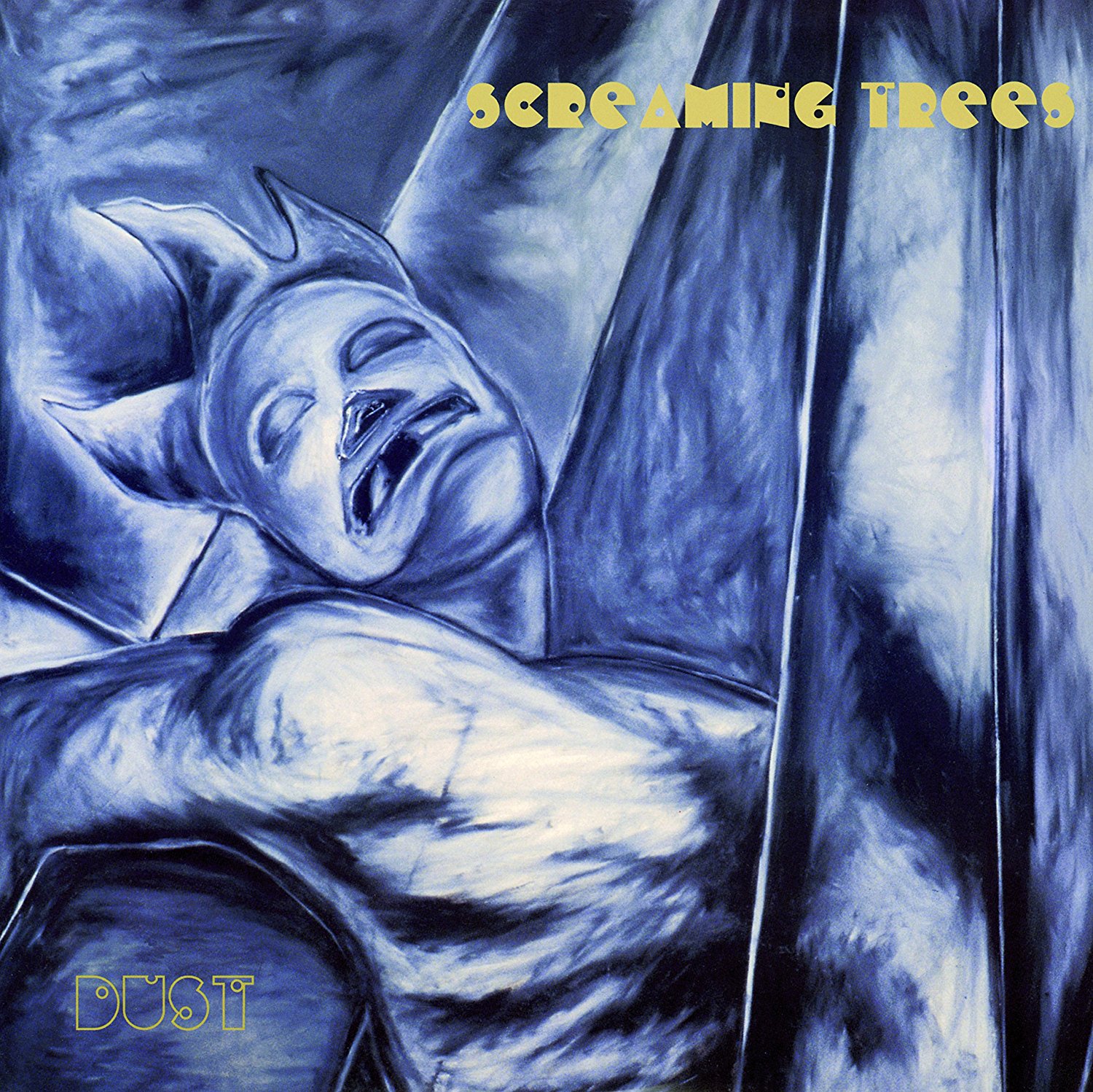 Unceremoniously labelled “grunge” in the 1990s by critics too quick to categorise everything in neat little filing cabinets, Screaming Trees‘ seventh album, Dust proved all the cynics wrong, grabbed the thesauruses of those who dared to pigeonhole, and rammed them abruptly up their rectums. Quite simply, Dust is a real tour-de-force with little to do with the now somewhat tired genre, and easily stands up as one of the best records of that decade. What’s more, it still sounds splendid some 21 years later.

I doubt I need to say too much about the original album which comprises disc one here. From Barrett Martin’s powerhouse drums on classy opener ‘Halo Of Ashes‘, kind of like a cross between The Queen Is Dead and Ocean Rain era Bunnymen, right through to the phantasmagorical imagery of ‘Gospel Plow‘, Dust is never anything less than an electrifying thrill ride. Not for nothing did a whole procession of rock royalty lend a hand, most notably Benmont Tench of Tom Petty And The Heartbreakers and Pearl Jam‘s Mike McCready. Clearly, this was an album that resonated with immediate impact.

Allegedly, Peter Buck even went as far as saying it was “way ahead of its time” and he wasn’t wrong. After all, even the slower, more balladic tracks such as ‘Dying Days‘ profoundly kick ass due to the irresistible blues rock swagger that permeates most of the record (a crucial element of Mark Lanegan‘s sound to this day). And if there’s a better album track from the 1990s that never found its way from long player to single than ‘Witness‘, I’m yet to hear it.

Disc Two is made up mostly of B-sides from the era, which is pleasing to me. I’ve often thought this should be a compulsory ingredient when releasing retrospective deluxe editions, for it somewhat sorts the men from the boys, showing up those who flippantly chose to “bung the inferior tracks on the reverse” as opposed to those who lovingly crafted a barrowload of songs and only left them off after agonising that they may perhaps disrupt the album’s flow. Despite the fact that Martin claims, in the sleeve notes, that numbers like ‘Watchpocket Blues‘ and ‘Paperback Bible‘ were “flat, lacking that fiery quality we knew we were capable of“, it is apparent that even their cast-offs are fit for the most cantankerous of kings. Shit that sounds pretentious. Thankfully, that’s something that Screaming Trees never were.

Further bonus tracks are made up of the Trees’ cover of The Youngbloods‘ 1969 belter ‘Darkness Darkness’ from the True Lies soundtrack, and their rousing version of ‘Working Class Hero‘ from a Lennon tribute compilation around the time. These are all but enjoyable curios however – it is no wonder they chose to unleash the beast that is Dust, unblemished, on one disc, for the supplemental material almost pales into insignificance beside it. But then again, so did most artists key work in that decade!

The deluxe version of Dust is out now on Cherry Red.