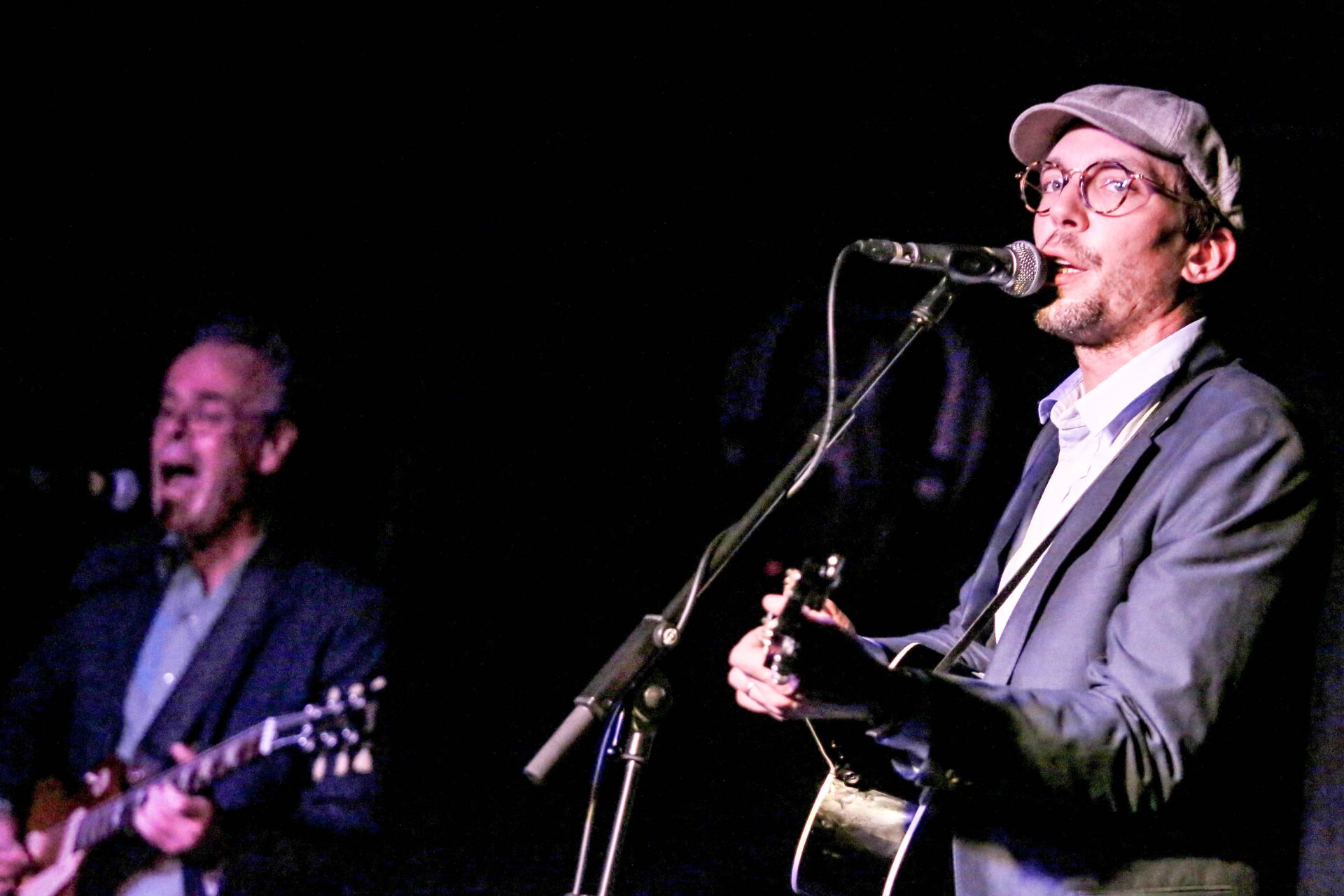 “I’ll get this son-of-a-bitch in tune and we’ll go”. And with this Justin Townes Earle, accompanied by Paul Niehaus on guitar and pedal steel, sets off on a journey that will take us to some of the darker corners of his past – one characterised by drug dependency, drug dealing, dissolution and danger – to the relative stability of his present. Yet anyone who thinks that the recent security afforded Earle by sobriety, marriage and fatherhood – his daughter Etta St. James Earle was born just six days ago – equates to any dilution of the Nashville-born and raised musician’s rage at the world in which he finds himself will be very sadly mistaken.

It does not take too long before the voluble and unnecessary antics of a couple of members of an otherwise warm and appreciative Crescent crowd – one inebriated individual in particular who looks as if he may well still be on his way back from the previous week’s Stone Roses gig in Leeds is especially tiresome – appear to spark Justin Townes Earle’s ire. Their most unwelcome interjections, including that rather tedious gig perennial of people shouting out for song titles that the artist is probably never ever going to play, merely add to the piquancy of Earle’s reflections on his past life and some of the unpalatable changes that are now facing him in his home country. 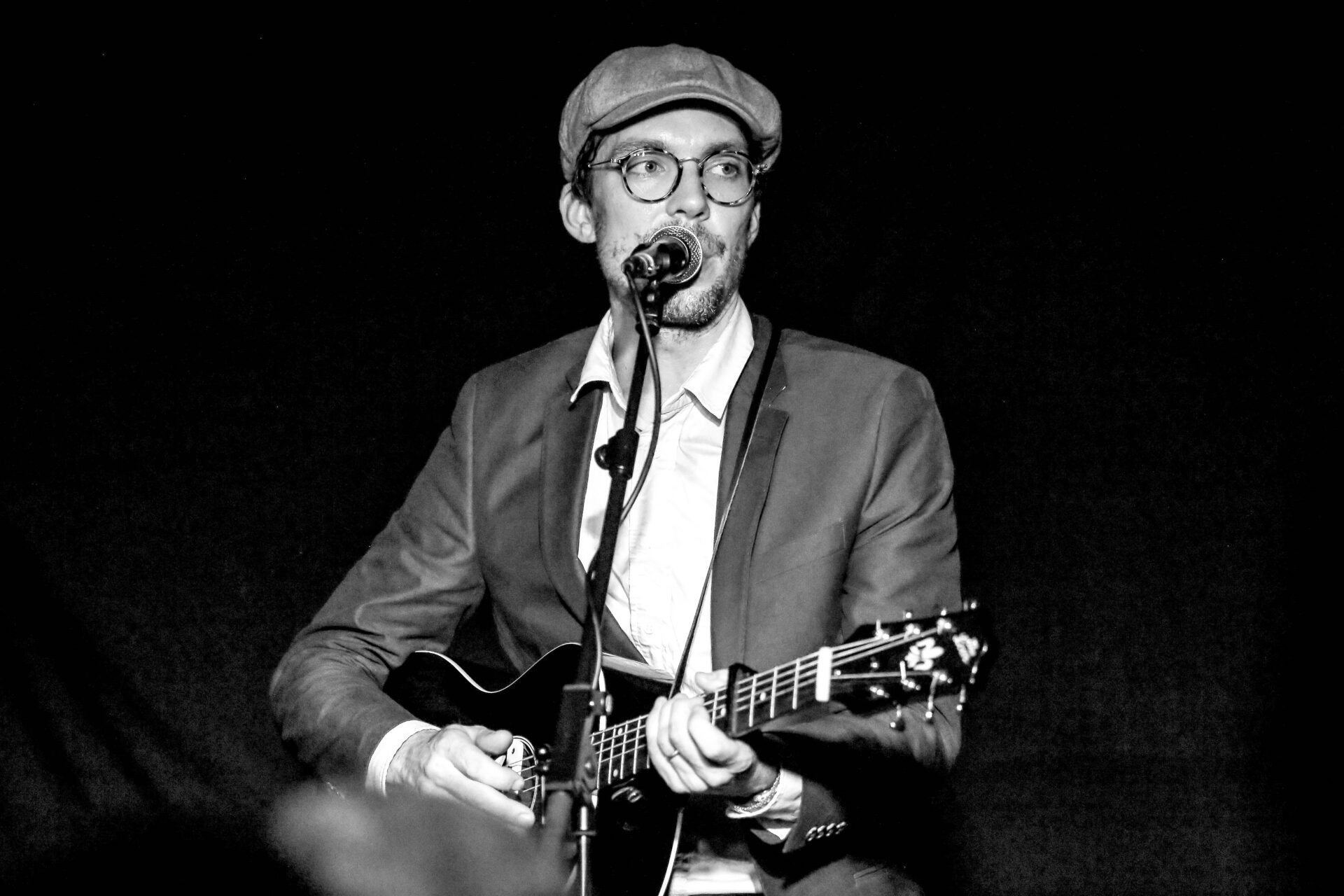 On Justin Townes Earle’s latest album Kids In The Street – his seventh studio long player – he reminisces about some of the places and times that he enjoyed in Nashville during his 90’s childhood and how gentrification is now changing out of all recognition the neighbourhoods that he once knew.  These experiences add to much of the melancholy and regret that lie at the very heart of Earle’s music, emotions that permeate two of the stand-out tracks from the new record that he performs here tonight.

‘What’s She Crying For?’ not only poses that age-old country question, it also sees Paul Niehaus position himself behind the pedal steel guitar for the first time this evening.  Perhaps best known for his work with Lambchop, Niehaus adds even greater warmth and urgency to this most honky-tonking of tunes. And then on tonight’s initial encore, the classic country balladry of ‘Faded Valentine’, he combines effortlessly with Earle to further raise the emotional temperature on a song that already smoulders with a residual sadness.

Returning to the theme of change and the often consequent losses of tradition that can then ensue, Justin Townes Earle gets Nashville’s Grand Ole Opry firmly in his cross-hairs. “You don’t wear Nikes on the Grand Ole Opry’s stage” he growls before launching into a wonderful ‘What Do You Do When You’re Lonesome?’. He finally brings it all back home with his best-known single and customary set-closer, the gospel-tinged ‘Harlem River Blues’. By now it is almost Independence Day in America and this song concludes what has been an impressive though occasionally irascible show, but one that has never been anything less than fiercely passionate on Justin Townes Earle’s part.

Justin Townes Earle at The Crescent Community Venue in York was brought to us by Please Please You.