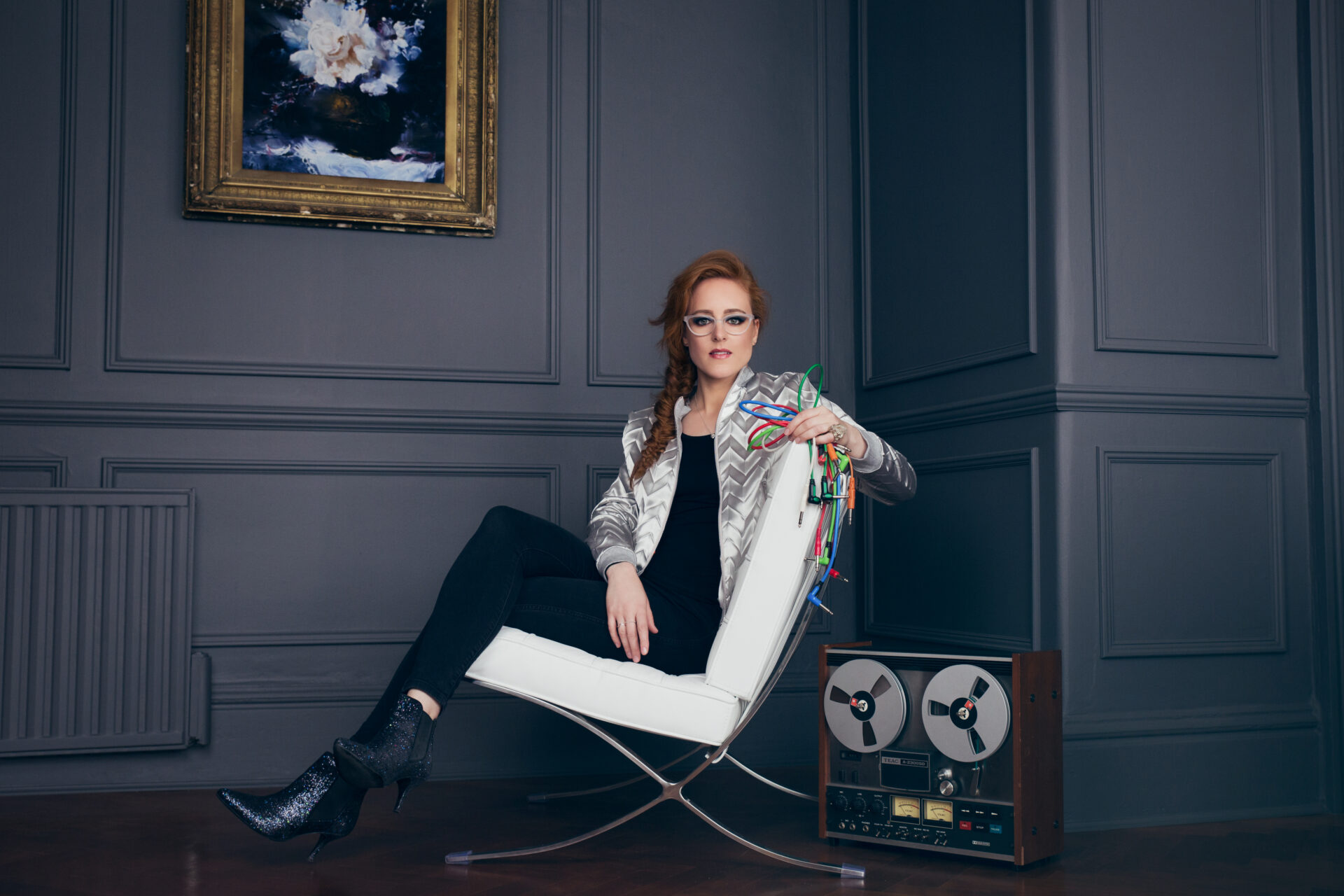 The Northern Irish artist and electronic composer Hannah Peel‘s third album Mary Casio: Journey to Cassiopeia, released 8th September via My Own Pleasure. A seven-movement odyssey composed for analogue synthesisers and full, traditional 29-piece colliery brass band it explores one person’s journey to outer space, by recounting the story of an unknown, elderly, pioneering, electronic musical stargazer and her lifelong dream to leave her terraced home in the mining town of Barnsley, South Yorkshire, to see Cassiopeia for herself.

We have the premiere of the video for the lead track – ‘Sunrise Through The Dusty Nebula’ watch it below, an epically mournful opus, that intricately weaves brass with electronic and classical textures to craft astoundingly moving cinematic epiphanies. There are comparisons to be made with the haunting contemporary classical of the likes of Nils Frahm and Anna Meredith but this is daubed in a vast widescreen scale and appreciation of sound, that makes it at once guiding and grand otherworlds both internal and beyond our comprehension.

The astounding visual accompaniment helps you tumble further down the wormhole into another solar system. Created by Daniel Conway is a visual artist hailing, originally, from the world of illustration and silkscreen printing. Artists he has worked with include Eric Prydz, Sub Focus, Pendulum, Wrangler and Tunng.

His video technique follows a very similar path to that of the 4 colour print process, initially producing at least three separate layers for each track and setting up audio reactions from a live feed from the FOH sound desk. Video in the place of ink, RGB instead of CMYK. Daniel on working with Hannah on her Mary Casio project:

“I visited Hannah at her studio as she wanted to play me the MC album in its entirety. That was a stunning, emotional and exhilarating experience. We talked further on the abstraction of space travel, coming upon the motif of splitting light into its integral spectrum and using these elements to explore the narrative of each track. a dreamlike version of our universe both outer space and innerspace, visions on the very edge of what is visible, momentarily veering into mirages on the far reaches of the mind.”

5 thoughts on “Video Of The Week #40: Hannah Peel – Sunrise Through The Dusty Nebula”