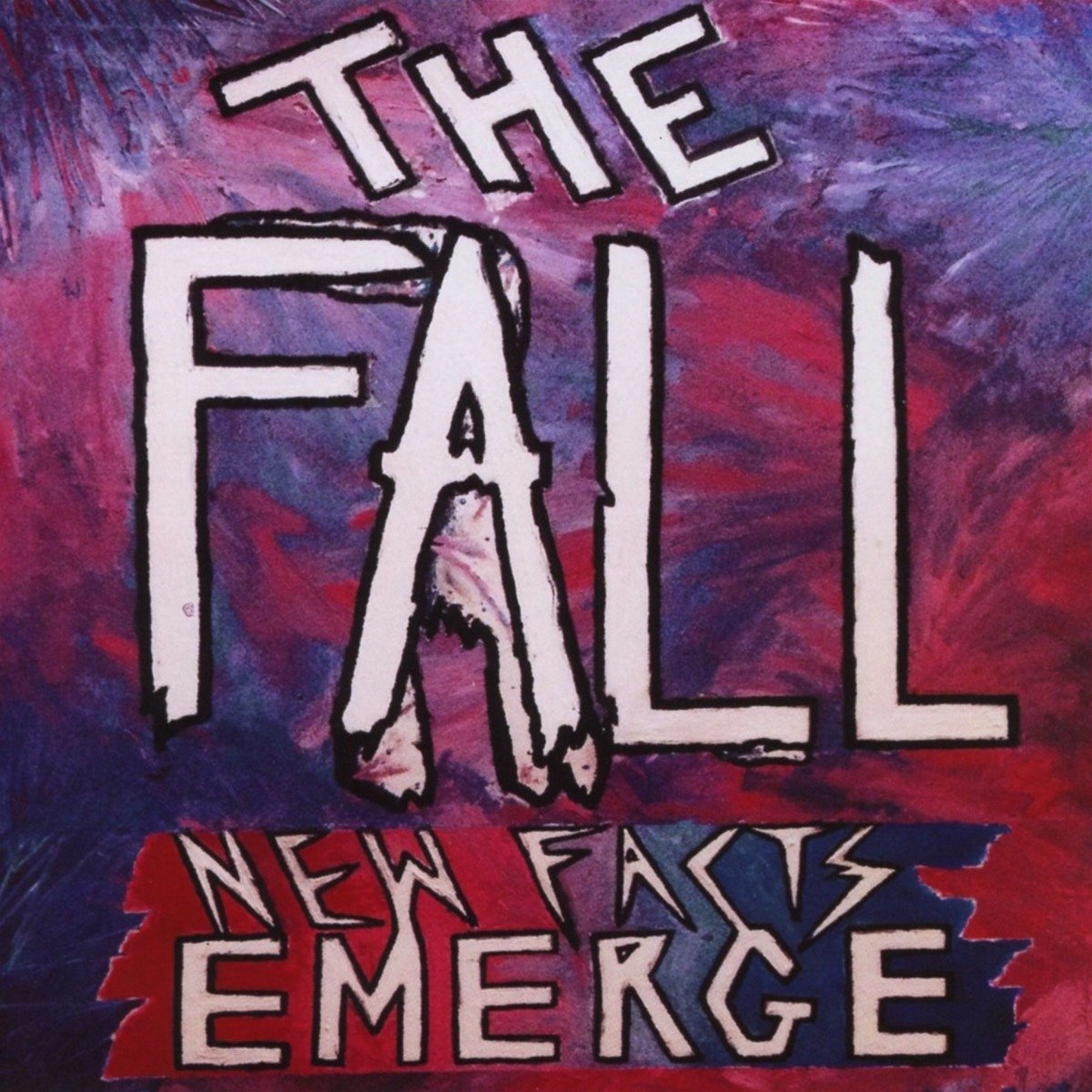 New Facts Emerge is The Fall’s 32nd studio album. A lot has been said about The Fall and the rotating members it has had over its 41 year span and I’m not about to start pontificating on that now. Have a look on-line if you want all the (gory) details. All you need to know is that the current line-up consists of Pete Greenway, Dave Spurr and Keiron Melling and they have been Fall members since 2006; hence they are the longest serving lineup in the history of the band. Along with Mark E Smith, the current line up of The Fall have been together longer (perhaps twice as long?) as your current favourite shitty indie band so read on if you wish…

Opener Seguedoes what is says on the tin and is a deliciously noisy experimental intro to ‘Fol De Rol’. The incendiary intro settles into a throbbing bass driven track with a nice guitar line, the familiar MES growling vocals intermittently screaming the song title. The familiar Fall repetition is immediately present and along with added sound effects and instrumentation, the noisy start to this LP eventually falls apart and grinds to a halt, only to start right back up again and re-ignite the throbbing bass, drums and killer riffs from Greenway.

‘Brillo De Facto’ follows quickly and is a funk heavy bass driven track from Spurr. It has some interesting stop/start breakdowns with atmospheric effects, but with ever present infectious guitar riffs running throughout. The last third of the track quickly degenerates into a fast and furious Smith rant and guitar noisy climax.

The already controversial ‘Victoria Train Station Massacre’ is a gloriously noisy affair that has hints of the riff from ‘Mr Pharmacist’. The distorted vocals of MES sound like he is actually having some fun! But suddenly and without warning, the track starts to run backwards and it seamlessly segues into the title track ‘New Facts Emerge’. Fucking clever stuff.

‘New Facts Emerge’ has an absolutely killer riff and simply bounces along with the solid rhythm section from Melling that props up Smith’s lyrics and poetry.

‘Couples Vs Jobless Mid 30s’ is one of the longer tracks, and is a psychedelic bassy dirge that has the frontman preaching over the top and eventually ends up feeling like a horrific wall of mirrors.

As the LP progresses you get playful rockabilly with ‘Second House Now’ and ‘Groundsboy’ with the refrain of “cut the grass, groundsboy” in that instantly recognisable growl. There are plenty more catchy as fuck Greenway riffs in ‘O! ZZTRRK Man’ and ‘Gibbus Gibson’ which align this LP so seamlessly and joyously with the recent output. However, Final track  ‘Out Of Ten’ has got to be one of the most raw and extraordinary tracks that they have ever produced. Lo-fi slow rockabilly guitar and MES vocals and that is it. With lyrics such as “nine out of ten is what they gave me” and “i was an awful baby” are we seeing both band and founder at their most raw? The vocals only last for a third of the song and it’s left to Greenway to play out the repetitive yet beautiful chords to the long and bitter end. It’s protracted, yet intense and nothing i have ever heard from The Fall before. Absolutely majestic stuff.

Never ones to shy away from anything, and always the ones at the front, The Fall remain one of the most important bands around.

New Facts Emerge is out now on Cherry Red.