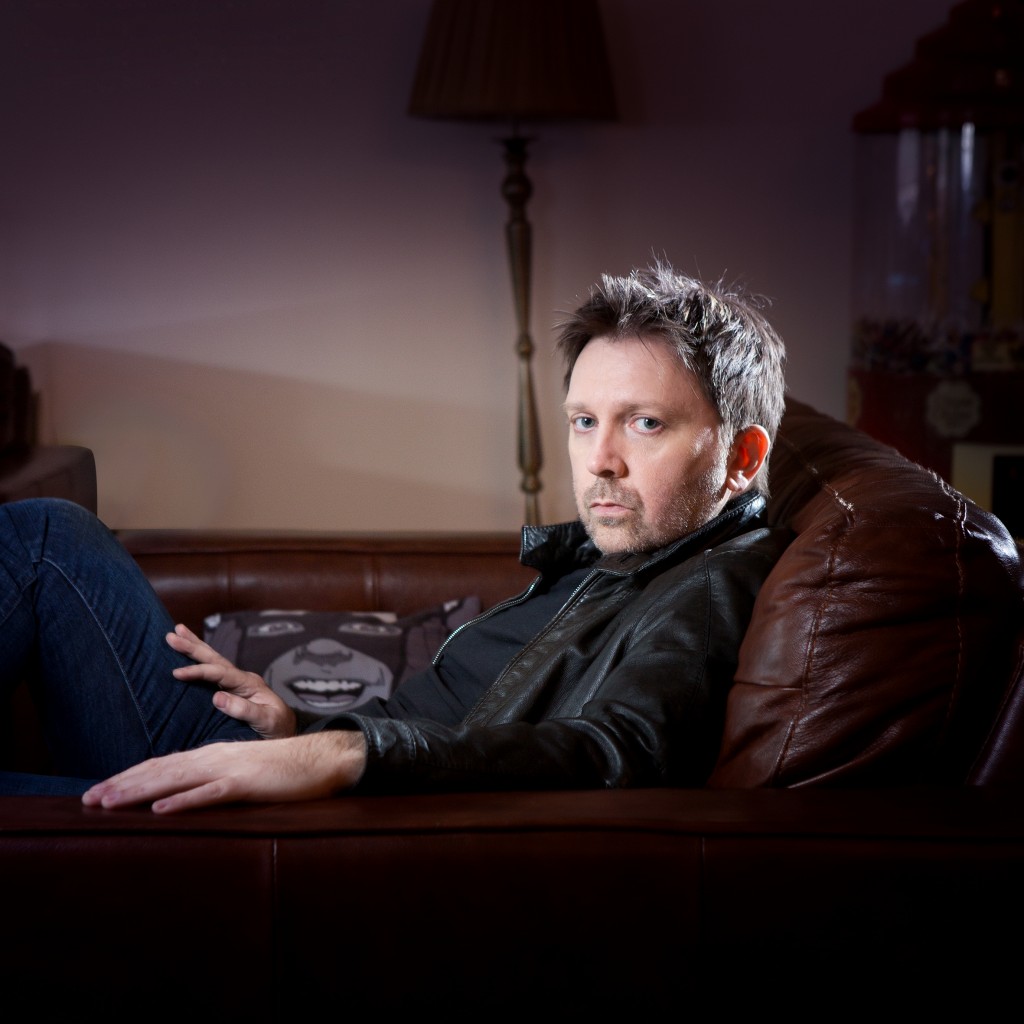 With the release of solo album Spooky Action, Paul Draper frontman of Mansun, has broken more than a decades musical silence and delved deeper into the Prog sound that he started exploring with his Britpop-era band. It’s a sound, and an approach, which can be charted from 1997 debut Attack Of The Grey Lantern to a messy but creative peak on second album Six, dipping in the heavily label-influenced Little Kix, to the bands partially-completed final album Kleptomania, which was released after the band split in 2004, before soaring again on his solo album.

While often written off as a pompous genre Draper’s rendering of the Prog sound (with creative foils in the form of guitarist Dominic Chad in Mansun, and songwriter and multi-instrumentalist Catherine AD for his solo work) is anything but – synonymous with symphonic rock in sound he has explored through concept and cultural reference, starting with debut record Attack of the Grey Lantern.

Based loosely around a fictional superhero (called The Grey Lantern, of course) Draper admits the concept wasn’t fully complete, but a narrative emerges as we follow his alter-egos interactions with residents of a fictional village idyll. With lush orchestration as well as imaginative guitar the album flows along this vague path revealing secrets lurking beneath prim surfaces. Lyrically as well as conceptually ambiguous, each track flows into the next with beautifully-realised arrangements, the album musically rounded as themes re-occur and grand strings drive home the emotional resonance.

Spawning a slew of high-charting singles out of context from the flow of the album ‘Egg Shaped Fred’, ‘Stripper Vicar’ Taxloss,’ ‘She Makes My Nose Bleed’, and ‘Wide Open Space’ were shoe-horned into the prevalent guitar-led Britpop bracket albeit as an intellectual and subtle alternative. The music press of the day briefly flirted with Mansun being among a vanguard of the New Wave of Progressive Rock and while this album has fared the passage of time better than many contemporaries Attack Of The Grey Lantern was Prog light compared to their second offering.

With Six the band fully immersed themselves in the process as much as the product of Prog. Bringing in literary references its melds high and low culture lyrically and in the specially commissioned cover art painting by Max Schindler. While it peaked at number 6 in the UK album chart, and its four singles (‘Legacy’, ‘Being A Girl’, ‘Negative’ and title track ‘Six’) were variously adapted from their album versions, it’s remained a firm favourite of fans over the years, as they have sunk into its depths and revelled in its awkwardness. For this is an awkward album – as ambitious as the debut but self-aware of being out-of-step with contemporaries, it’s bombastic but hesitant, grand but hackneyed, creatively abundant but eluding the grasp of consistent production. Six is a mass of individually brilliant musical moments but it doesn’t enjoy the flow or coherence of Attack Of The Grey Lantern.

Even if imperfect in delivery Six is testament to a band dedicated to their art, but their approach and style was cut-off by the label’s insistence on a more commercial sound on 2000 release Little Kix. Cited by the band as the beginning of their demise Draper found himself replaced on productions duties by Hugh Padgham – known for working with one time Prog archetypes Genesis but in their early-80s Prog Lite commercial period – and found his songs stripped of their context and self-effacing humour. It was an album made by a hamstrung band, with the heart removed as marketing trumped art. It places Mansun at the pivot of the music industry – a longer creative arc cut short, unsupported to refine or focus any of the many ideas liberally scattered in Six in favour of income-chasing sanitisation and tightly controlled conditions.

Ultimately it was a directive which didn’t pay off as while Mansun rumbled on until 2003 they split having partially recorded tracks for what was to become disc one of the Kleptomania box set, a stand-in for a fourth album proper released posthumously. As a closing note to Mansun’s recording career it sounds like a band in artistic decline compared to the early records. However, placed in the context of Draper’s overall canon it could be considered an inadvertent musical stepping stone to his solo work. With more direct lyrics it links to the auto-biographical style he has employed for Spooky Action, while some older ideas – notably there’s a writing credit for Dominic Chad on ‘Feel Like I Wanna Stay’ – have made it through to the solo record in adapted form.

Spooky Action pushes the Prog style which underpinned the output of Mansun to another level – perhaps too much in places for some palettes – while dropping rock opera tropes in favour of a mix of electronic and guitar sounds, lush orchestration still features. It brings in deep psych tones, referencing the genre from which Prog grew, melding them together in dark melody and darker introspection. He may have pushed The Grey Lantern to the front for his band debut but for his solo he’s making Prog personal, not conceptual.

While many songwriters may develop a signature sound few have been as recognisable in modern rock vocally, musically or stylistically as Draper – no small feat for one who’s had such a long leave of absence in their career – and with this long-awaited solo album Draper re-commits fully to the grandeur of the rock he started his songwriting career exploring while matching it with classic Prog techniques of studio-honed details and recurring musical motifs. In it fans will find hope rekindled that the possibilities of Attack Of The Grey Lantern and Six will still be explored and perhaps realise the demise of Mansun may well be the unlikely saviour of this songwriter’s Prog odyssey.

1 thought on “The Progression of Paul Draper: From Attack of the Grey Lantern to Spooky Action”