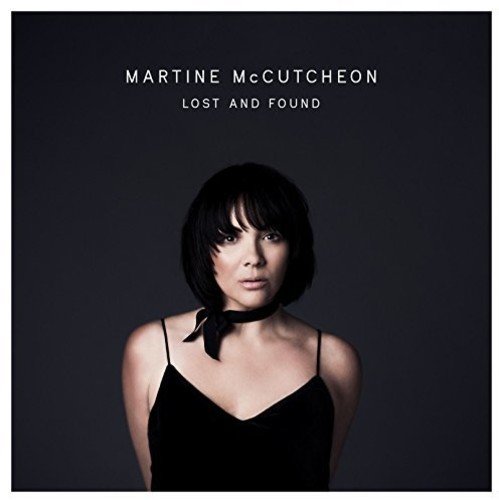 In a thousand years or so, maybe a hundred, none of this will matter. Once the nuclear tides have swept away an ocean of consumer perishables – discounted beyond belief for the greatest everything-must-go sale on earth – the balance between nature and artifice will pivot and arc back in favour of the soil, where the distinction between Olly Murs and Death Grips will be so much shattered plastic. In the meantime, Martine McCutcheon’s got a new album out, so perhaps we should assess that before we get ahead of ourselves. After all, civilisations don’t always get to choose which artefacts signal that they were once here; for all we know, ours could be Lost and Found and a cracked fidget spinner.

If a temptation exists to succumb to arch rock-critic snobbery and write the whole thing off, to dismiss it as MOR sludge that would look out of place anywhere other than charity shops, breakfast TV credit-rolls, and Ford Mondeo glove compartments, then there are a couple of things we need to address. Firstly: yes, it’s probably not marketed at you, you with your tastefully curated exhibition of Korean garage rock and ambient industrial 12”s. I know you’re only here because you think this is going to be a hatchet job. You might be right.

But secondly, since when were you so fussed about target markets? Haim have carved out a critically respected career based on harvesting your nostalgia for gated reverb and Fleetwood Mac, which is a large part of what McCutcheon is pitching for on Lost and Found. The difference, perhaps, is that the latter often swaps out playfulness for earnest, adult-oriented pop rock: Snow Patrol, Kings of Leon (specifically ‘Use Somebody’), and late-era Take That feel like markers here. This is not just music; this is rich, creamy, yet profoundly unsatisfying M&S foodhall music.

McCutcheon does the job with a certain degree of aplomb, but only in patches. Opener ‘Say I’m Not Alone’ boasts a giddy, sky-reaching chorus (“Nothing’s as wild as my imagination,” she declares), while ‘Any Sign of Life’ ropes in bigger guitars and synths for a pacey rocker about, like, being alive and stuff. It’s no surprise that these were chosen as the first two singles, because they’re certainly the two catchiest songs here.

Regrettably, apart from ‘Archive’ and ‘Rebellion’ (the former even deeper in thrall to Rumours than the rest of the material here), most of the album’s remainder is devoted to the kind of emotional honking that would feel more at home on a Celine Dion record. I’m sure it was cathartic for McCutcheon, and perhaps there will be some who find their own meaning in it all, but it all just feels a little heavy-handed.

There are, indeed, signs of life on Lost and Found, but they’re more like distress signals than beacons of hope. If you wanted something to play while the ship goes down, there are more enjoyable options.

Lost and Found is out now on BMG.