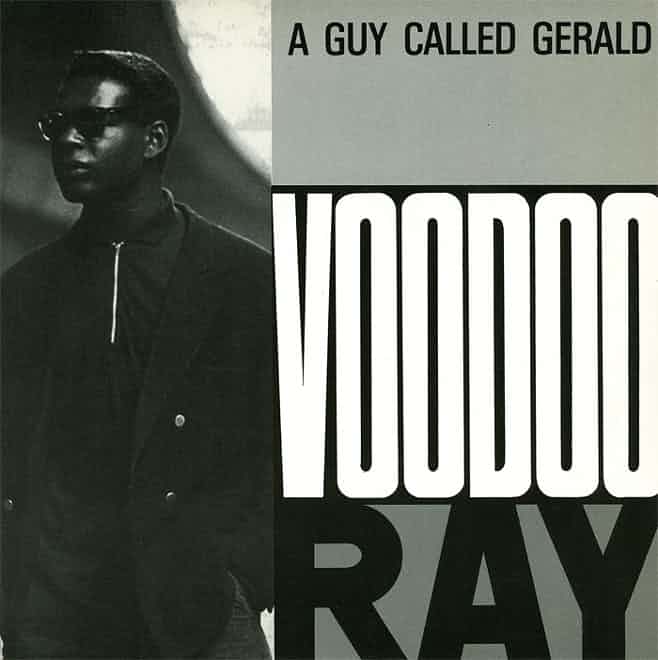 As music technology evolved beyond the moog synthesisers of the 70s to the early samplers and sequencers of the 80s, the result was not just the birth of hip hop, but the many shades and colours of dance music. And while house and techno emerged from the clubbing scenes of Chicago, New York and Detroit in the mid 80s, British producers gradually began to catch on and appropriate this new genre for themselves. One notable such producer was Gerald Simpson, better known as A Guy Called Gerald, who went on to explore ground breaking drum and bass sounds in the 90s with the critically acclaimed album ‘Black Secret Technology’. He’s best known for being responsible for an oft-remixed, ground breaking club classic ‘Voodoo Ray’, a memorable acid house cut that soundtracked the rise of Manchester’s Hacienda.

In an interview with Mojo in 2005, Gerald explained that “Voodoo Ray” was recorded over 2 days in June 1988 at Moonraker Studios in Manchester. Rham! initially pressed up 500 copies of the record and it sold out in a day. Later reaching 12 in the charts in 1989.

“I was trying to keep it quiet from the dudes in 808 State,” Simpson recalled, “because I was still working with them but wanted to do my own thing. It was fun just slipping out of their basement and taking the drum machine. They’d be like, ‘Where are you going?’ I’d say, ‘Oh, I’m just going home to do some programming,’ then nip off to another studio. I was trying to get a tribal sound and found this sample saying ‘Voodoo rage’. That was originally the title but the old sampler I was using didn’t have that much memory. I just about had enough for ‘voodoo ra…’, so that’s what it became.”