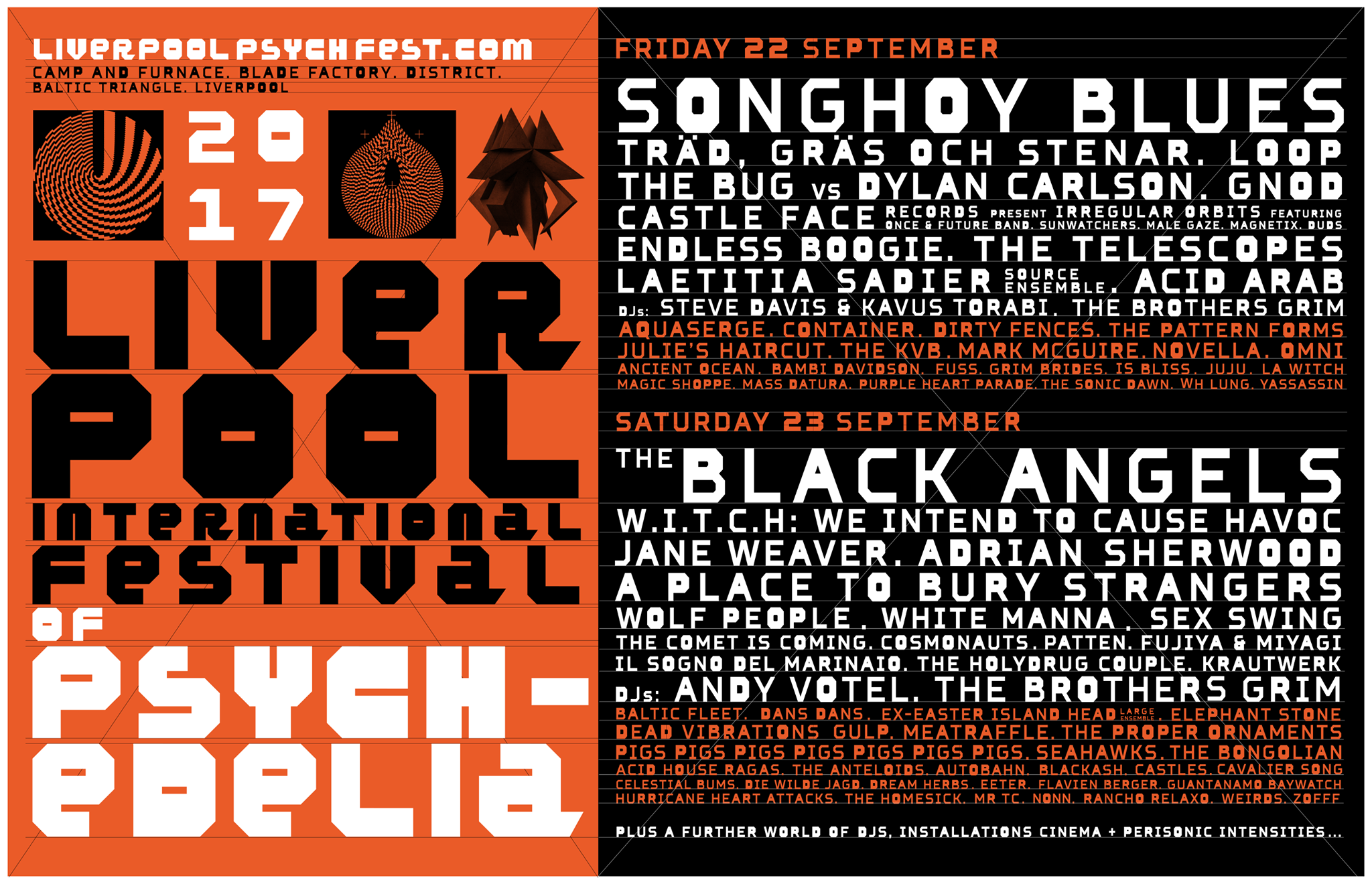 In exactly three weeks time the sixth edition of the Liverpool International Festival of Psychedelia will once more achieve lift off from the atmospheric warehouse and recess spaces that comprise Camp and Furnace, Blade Factory and District in the very heart of the city’s Baltic Triangle.

As ever the United Kingdom’s largest celebration of psychedelic sub-culture takes place on the penultimate Friday and Saturday of September. This year’s headliners are the mighty Texan psych-rockers The Black Angels and the supreme Malian guitar band Songhoy Blues who top the bill on Friday and Saturday night respectively.

An incredibly strong supporting cast features many and varied cosmic delights including those of Träd, Gräs och Stenar the venerable Swedish pioneers of avant-garde DIY culture in the Nordic countries and beyond, and the incendiary Zambian  rock band W.I.T.C.H, who will be performing in a unique sonic collaboration with the Dutch baroque pop multi instrumentalist Jacco Gardner. W.I.T.C.H’s frontman Jagari is also the subject of a documentary – We Intend To Cause Havoc – which will be screened at this year’s festival.

In keeping with the established tradition of previous years a celebrated independent record label will curate one of the festival stages. This year it is the turn of the Californian label Castle Face Records who will present Irregular Orbits featuring a number of great acts from their roster including Once & Future Band, Sunwatchers, Male Gaze, Magnetix and Duds.

Liverpool Psych Fest also invites you into a further world of DJs (former snooker champion Steve Davis makes a welcome return to the festival alongside Kavus Torabi and The Brothers Grim), mind-expanding installations and cinema. The organisers confidently predict that “this festival will destroy you” and based upon previous years’ experiences this is no idle boast.