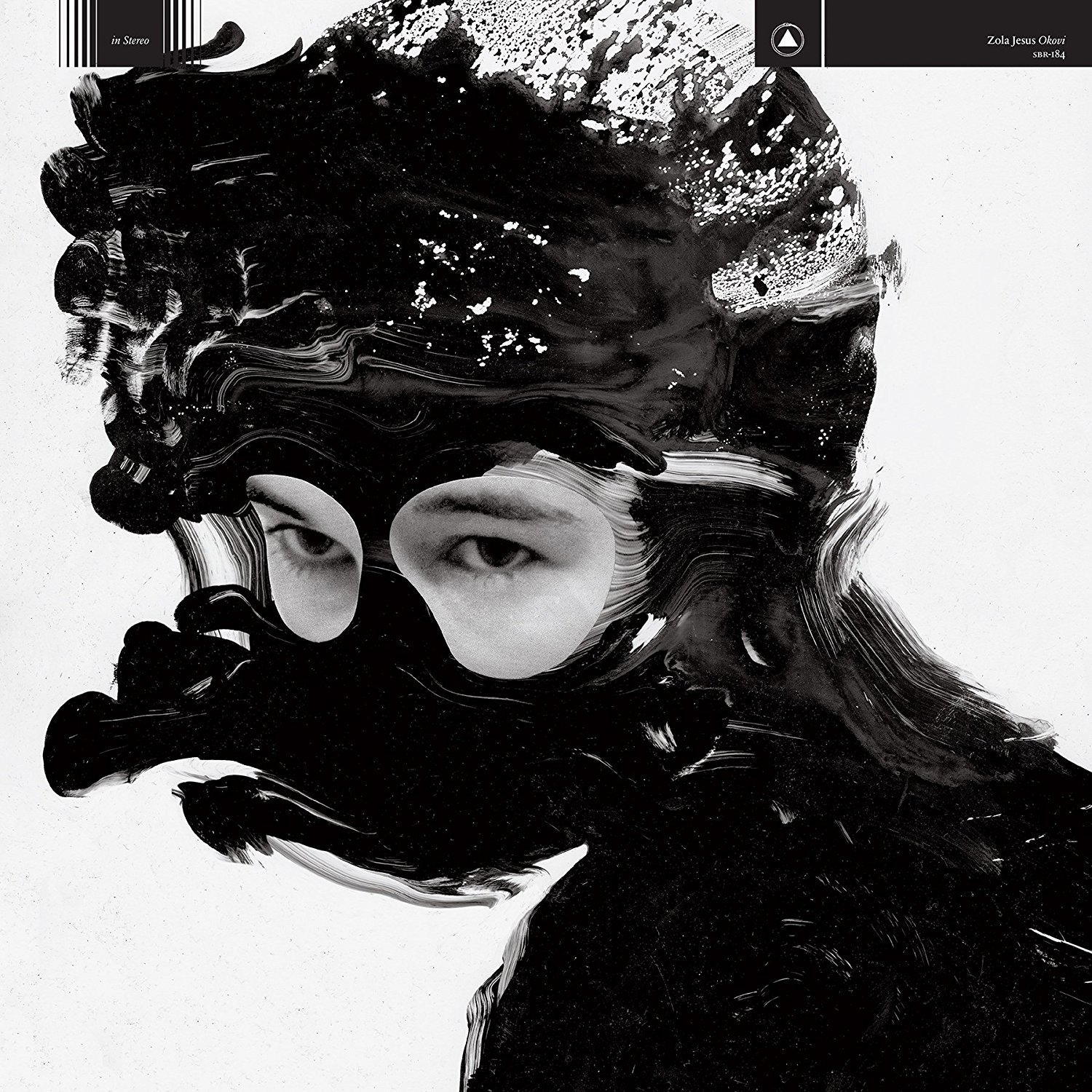 Zola Jesus, also known as Nicole Hummel and Nika Roza Danilova, in line with her Russian heritage, is an artist and producer from Pheonix, Arizona. Okovi, her fifth album as Zola Jesus, is a dark, cathartic listen, a viscous ocean of the black tar Danilova finds herself peering out from on the cover art.

Of the record Zola Jesus said this: “While writing Okovi, I endured people very close to me trying to die, and others trying desperately not to…Death, in all of its masks, has been encircling everyone I love, and with it the questions of legacy, worth, and will. Okovi is a Slavic word for shackles. We’re all shackled to something—to life, to death, to bodies, to minds, to illness, to people, to birthright, to duty.”

The sound of the record befits the themes, but deals with them thrillingly. Opener ‘Doma‘ is stunning, a dark, epic soundscape which sounds like it was beamed down from the skies onto the middle of a witnessless ocean. Themes of water and drowning run through Okovi, as do the aforementioned high-stakes issues of suicide, violence and self-exorcism.

On ‘Exhumed‘, the shatter of industrial fizz buzzes and gargles beneath the track before enveloping it entirely. Jesus implores that “in the static, you are reborn” – a lyric which can neatly sum up the album as a whole.

In terms of feel-good end of summer jams, you’re potentially out of luck with this album (although ‘Soak‘, with its driving, miles-wide chorus and heavy Cocteau Twins vibe arguably lets in a bit of light), it’s quite serious, befitting its themes. ‘Ash to Bone‘ brings to mind heavy goth Enya vibes, with an undercurrant of swelling, mournful strings.

But it’s an overwhelming listen at times, as Jesus doesn’t really do subtle. It means songs like ‘Veka‘ and ‘Wiseblood‘ slip by as very competent but plodding Bat for Lashes/Florence and the Machine rip offs, that idea of the song acting as a ritualistic gallop through haunted forest in the dead of night while the artist conducts her own private seance/personal exorcism.

Heartbreaking centrepiece ‘Witness‘ is a tearjerking love song to a suicidal friend, a “rare kind”. It doesn’t sugar coat or mealy mouth the matter at hand, as Zola’s desperation to “rip you from the edge in time”, and “keep that knife from you” comes through amid a crystal clear string arrangement. It’s startling stuff and maybe the best song on the album.

A not-always- easy, but rewarding effort in dealing with choppy seas and heavy water.

Okovi is out now on Sacred Bones.