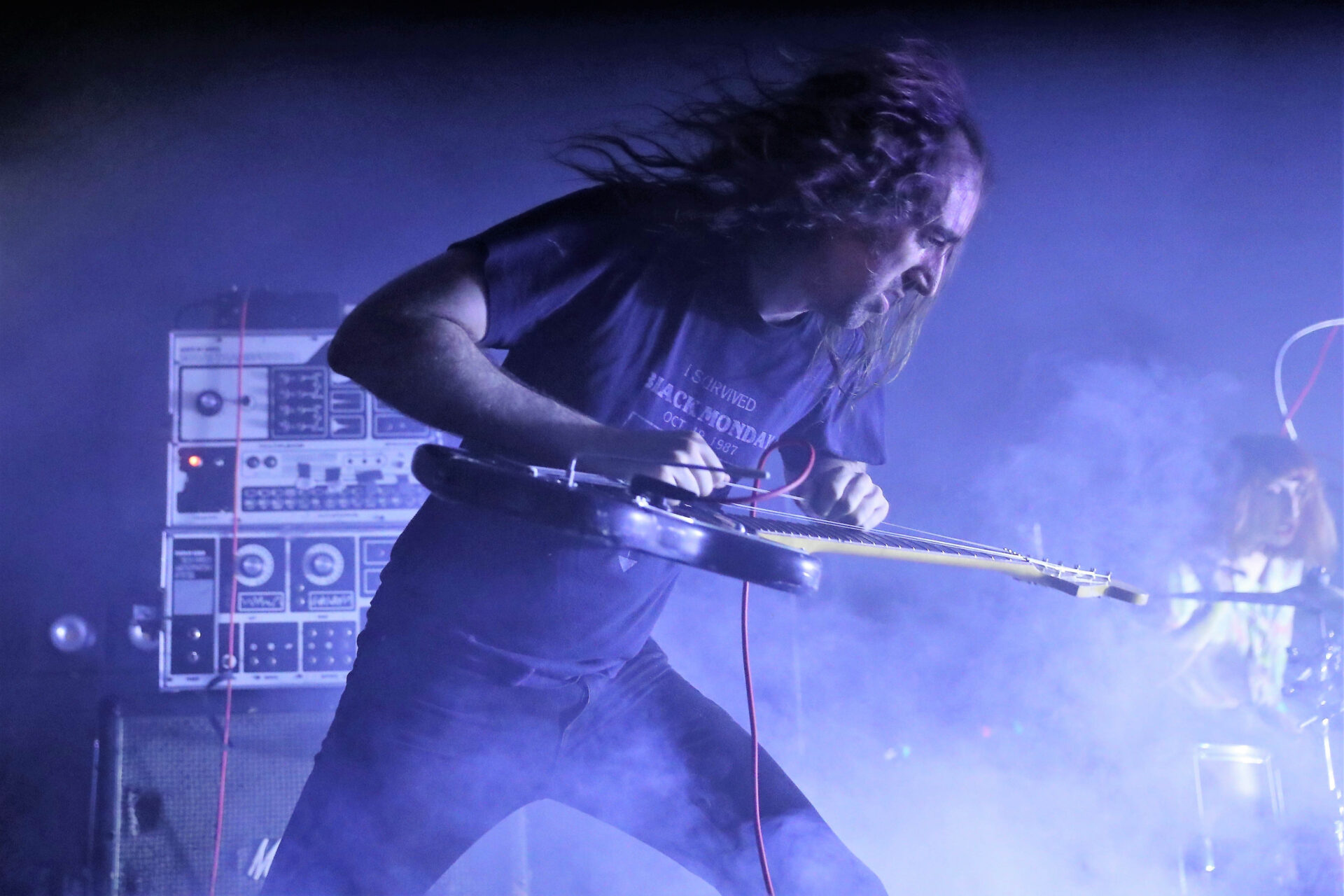 “This Festival Will Destroy You.” This is the maxim by which Liverpool International Festival of Psychedelia swears. It is difficult to know whether the words should be taken as a health warning or merely a promise of what lies ahead. But what much is sure is that for 36 non-stop hours Liverpool Psych tears our senses apart again.

Taking its traditional place on the penultimate weekend in September for what is now its sixth outing, Liverpool Psych once more returns to its familiar surroundings in the city’s Baltic Triangle where it completely takes over the atmospheric warehouse and recess spaces of Camp and Furnace, Blade Factory and District for its huge annual celebration of the psychedelic culture.

In 2017 the festival’s theme is that of a world of extremes. And in firm keeping with that central concept, Liverpool Psych continues to push at the outer limits of audio-visual exploration and creative experience. This is reflected in its wider arts programme, at the very heart of which lies the exclusive immersive installation PZYK SCAN.

A collaboration between PZYK, Luciana Haill, Rob Strachan and AUDiNT, PZYK SCAN examines the imaginative impact upon individuals caused by using EEG brain scanning technology. Just go upstairs above Blade Factory at any point during the weekend and take a leisurely stroll through the PZYK PRYZM area and you will see tomorrow’s world in action. The beatific smiles on the participants’ faces point to the scan’s palliative powers and experimental effects. 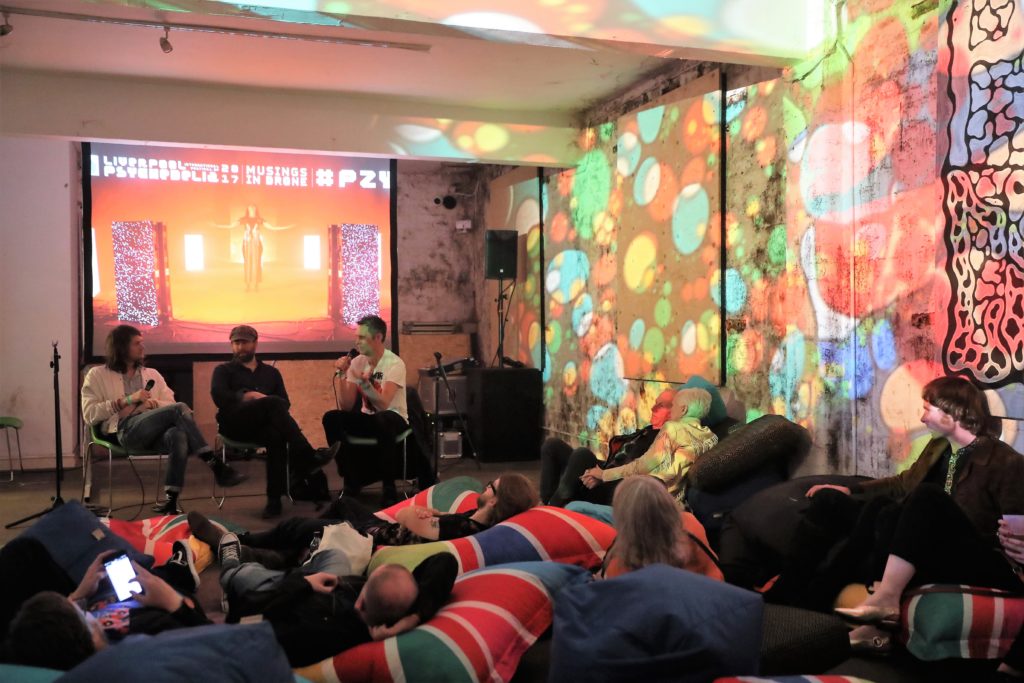 Taking up its regular slot on Saturday afternoon in the PZYK CINEMA space, Musings In Drone – Liverpool Psych’s very own question time – also takes the opportunity to look at global extremes. Interviewed by Dom Gourlay of Drowned In Sound, Christian Bland and Alex Maas of The Black Angels – who will headline the main stage later that evening – reflect upon the relevance of their music today in Trump’s America. They suggest that art, in general, can act as a mirror to what is happening all around us on a daily basis and can serve as a vehicle to not only ask uncomfortable questions but also seek out the truth.

Music still remains the axis upon which  Liverpool Psych spins. Music of the most imaginative kind; drawn from far and wide it provides yet another example of a world of extremes. They come from Mali (Songhoy Blues), Zambia (W.I.T.C.H.), Sweden (Träd, Gräs och Stenar), Spain (Celestial Bums), Paris, France (Acid Arab), Italy (Julie’s Haircut) and the independent Californian imprint Castle Face Records – who present IRREGULAR ORBITS with some of their top acts in their first ever curated festival stage – ensure that the United States of America is also very well represented at this year’s event. And so as not to lose sight of where it comes from and where it is at, Liverpool International Festival of Psychedelia showcases a host of local talent including Jane Weaver, Ex-Easter Island Head, Fuss and Baltic Fleet.

With more than 80 acts performing on four main music stages over the course of the festival’s two days, it is only really possible to dip your toe into the wider cosmic waters of Liverpool Psych. So with this in mind, here are just a few of God Is In The TV’s selected musical highlights from the weekend:

Early on Friday evening, Magnetix, in the form of the Bordeaux duo of Aggy Sonora (drums) and Looch Vibrato (guitar/vocals), confirm that the choice of Castle Face Records as Camp Stage curators was a wise one. Together the pair pulverise us into helpless submission with a primitive blast of rock’n’roll.

Taking their name from an old John Lee Hooker album, Endless Boogie continue in the great man’s best blues tradition, adding elements of psychedelia, garage and wanton hypnosis into their febrile mix. They only play three songs – the last of which is somewhat improbably dedicated to the former Liverpool FC legend Steve Heighway and seems to go on forever – but three is really all they need. It is a truly glorious noise. 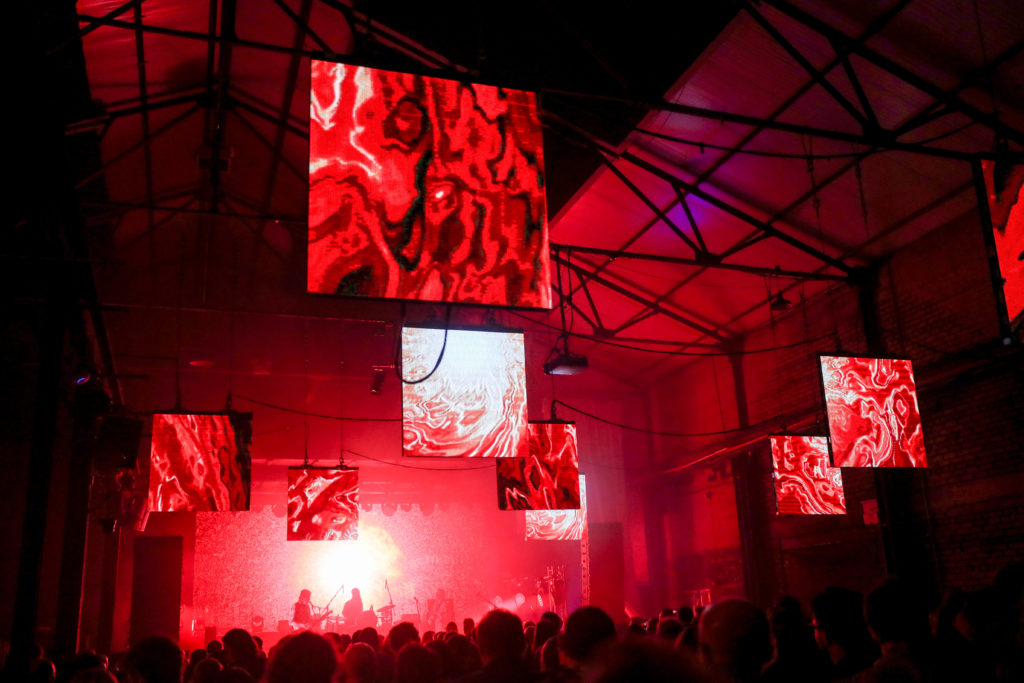 Whilst they also restrict the number of songs they perform to a bare minimum and equally rely upon the fundamental technique of repetition, Träd, Gräs och Stenar seduce us instead by stealth. Their sound creeps up slowly, burrowing deep into our sub-consciousness through a series of gorgeous psych-rock ellipses. And not for the first time tonight and undoubtedly not the last over the course of the entire festival, the magnificent visual accompaniments – cascades of luxuriant light and mesmerising, abstract back-projected images – both complement and enhance the sound.

And then in a set that is “dedicated to the rational soul of the world”, the former Emeralds member Mark McGuire produces a masterclass in how best to entwine the electric guitar with further electronics. The resultant sound is in one single breath dynamic, subtle, melodic and utterly captivating.

It is John Coltrane’s birthday. We know this because Mike Watt tells us so. Had he been still with us the American jazz saxophonist would have been 91 years old today. And with Stefano Pilia on guitar and drummer Paolo Mongardi beside him, Watt appears here as one-third of Il Sogno Del Marinaio and guarantees that the Trane’s legend lives on. Their collective sound glides quite gloriously between fractious finesse and bold averment. Watt looks to be in his complete element.

Instead of relying on smoke and mirrors, A Place To Bury Strangers do it all with strobes and dry ice. There is nothing too delicate about the fearsome Brooklyn three-piece. They take this opportunity to shred ears, instruments and brain cells with gay abandon and industrial-strength wave upon wave of heavily polluted noise-rock. It may well meet with Liverpool Psych’s stated desire to ultimately destroy us, but it is not something for the faint of heart. 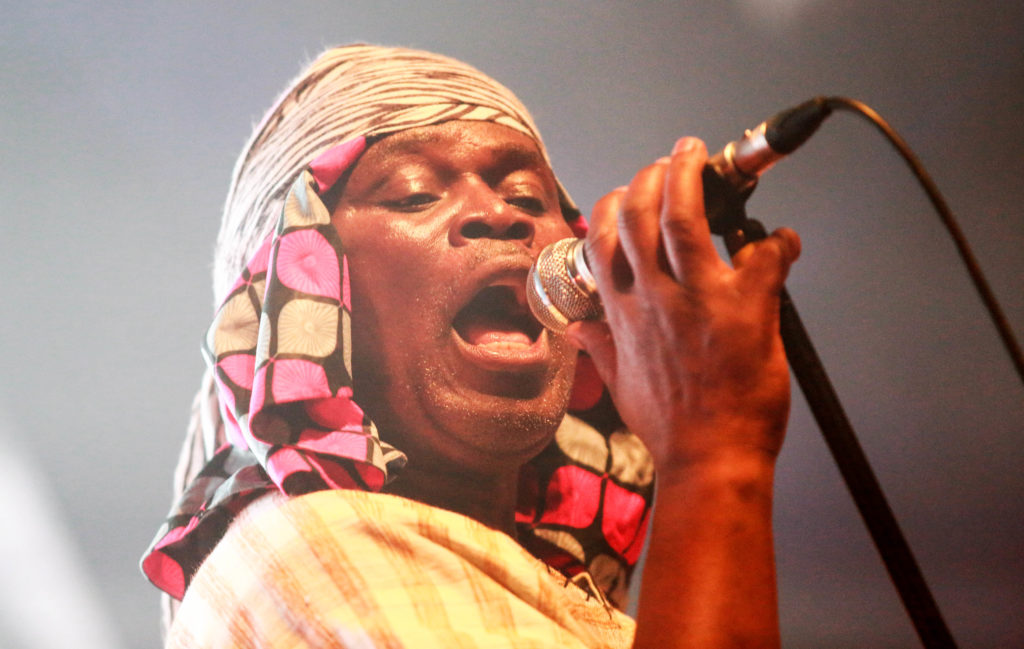 It is then left to W.I.T.C.H. (We Intend To Cause Havoc) to restore some sense of calm and emotional equilibrium. In so doing, they bring their pioneering Zamrock sound (it first emerged from the South African Republic of Zambia in the early 1970s amidst a tumultuous climate of great social unrest) to a wider audience and affirm Liverpool Psych’s ever-evolving understanding and definition of the word psychedelic. Here Afro-beats, dance, funk and fuzz guitars all coalesce in a wonderful amalgam of trans-global psychedelia.

From a personal perspective, the sixth Liverpool International Festival of Psychedelia was an unqualified success. Reassuringly the key elements of positive ambience, inclusivity and good vibrations all still remain. But the festival has now taken its other core components of artistic experimentation and internationalism and exposed these concepts to even wider interpretation. The end results are as impressive as they are diverse and by virtue of this ongoing quiet evolution, you do sense that the event’s future is thankfully assured for many years to come.

Liverpool International Festival of Psychedelia was held on 22nd and 23rd September 2017 at Camp and Furnace, Blade Factory and District in Liverpool, England

More photos of Liverpool Psych can be found HERE