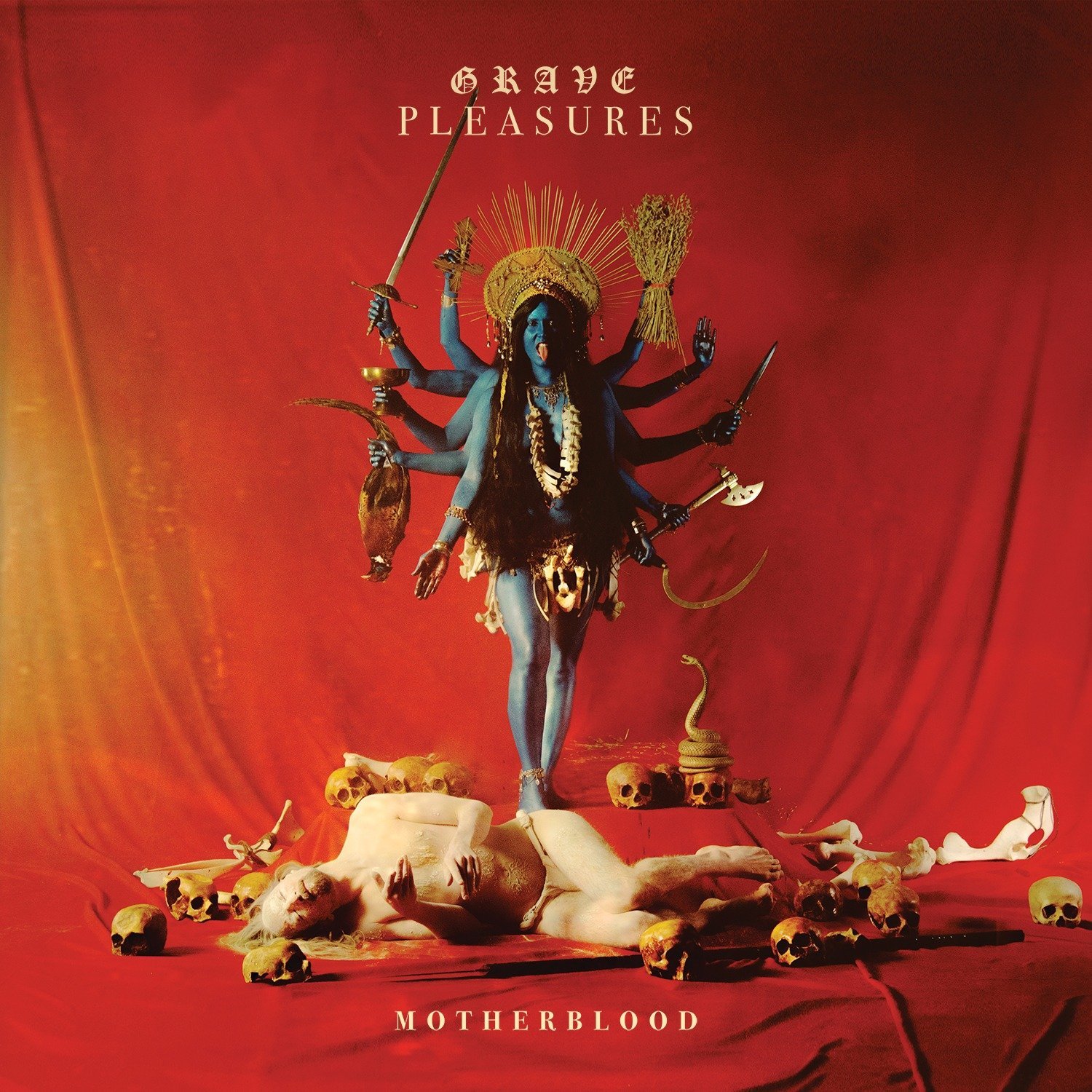 Those of you who have been sobbing into their mostly empty pint glasses since the demise of The Eighties Matchbox B-Line Disaster, get ready to slap yourselves in the face, stand up straight and admit that your glass is actually a quarter full, for Grave Pleasures have your musical needs covered. Well, almost.

I guess you could say the sound here is something akin to the former Brighton band mixed with some seriously intense eighties goth. The only probelms arise when you hear incessant references to the likes of “Charlie Manson“, “teenage sacrifice” and their ilk, all of which strives to make the whole thing sound just a little too contrived. Occasionally it even manages to sound like early U2, in the days before they disappeared in a cloud of pomposity and built gold plated statues of themselves outside to worship on a daily basis.

While the rhythm section is at the centre of an exhilarating tribal pulse, and the guitars sear like a more agressive version of Will Sergeant’s work with the Bunnymen or perhaps Killing Joke‘s Geordie Walker, the lyrics are often problematic, borrowing every cliche in the book and wallowing in self pity to such an extent that you just want to grab them by the scruff of their necks and shake them, yelling “Oh grow up!” at them. That said, if you DID do that, they do at least sound as though they have enough of an attitude – a mischievous swagger at the very least – to laugh in your face and spit venom in utter contempt.

Not that some of this isn’t quite magnificent – ‘Mind Intruder‘ and ‘Falling For An Atom Bomb‘ in particular are thrillingly decadent, so much so that it somehow manages to camouflage a little of the ridiculous bombast, though I’m not convinced that the latter trait isn’t entirely deliberate anyway – a respectful, yet tongue in cheek nod to those who choose to live their lives in a phantasmagorical state through their immersion in goth culture. Hence we have tracks like the rather dubiously titled single ‘Be My Hiroshima‘ with its full on stadium rock singalong chorus and quite frankly ridiculous lyrics such as “I whisper prayers of death to you / Your hair is the colour of darkness / Our cries spill around the devil’s cup / As we drink to annihilation”

Temptation here was to fling this record straight at our live editor, Dean Mason, for I remember the long black capes, Wayne Hussey hats and jet black hair of his youth, and I figured he was more grounded in this oft derided but sometimes unfairly overlooked genre, but I’m glad I gave it a spin in the end. Not for nothing have these guys been described as “bat-shit lunatics” in the past, and while it’s true that they’re hardly re-inventing the wheel, they are at least pumping it with TNT as an experiment in cause and effect. This can only end in tears, surely? Which, I guess, is what being a goth is all about anyway. Win win.

Motherblood is released on 29th September through Century Media Records.