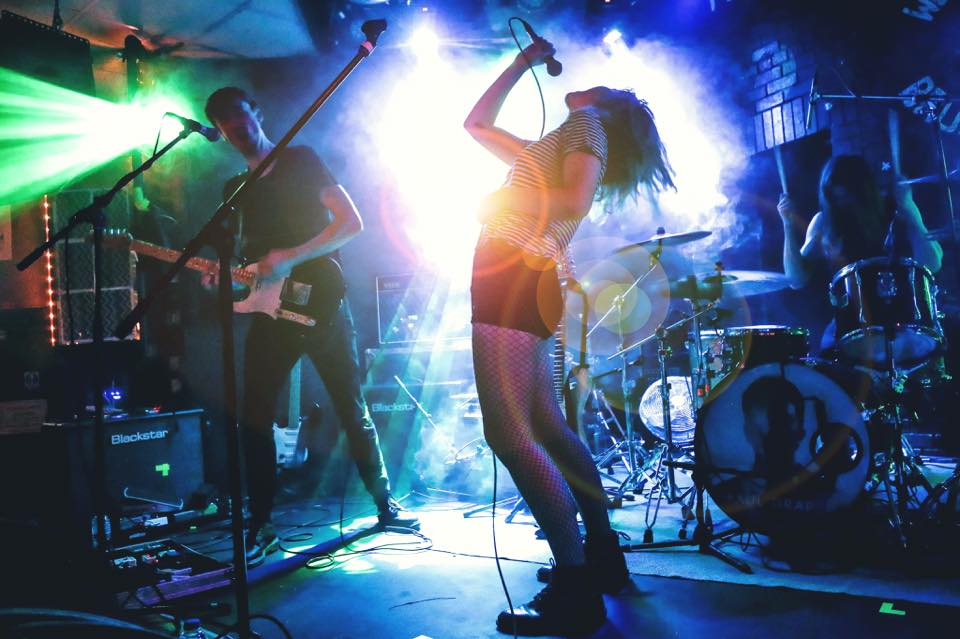 It’s the first Monday in October which can only mean one thing; Freshers Week is consigned to history and the serious business of studying has started for another cohort of soon-to-be-unwashed students. Perhaps this is the explanation as to why I am sat alone in The Cookie, slowly nursing a Punk IPA and contemplating whether it’s a sense of duty or an inability to read maps which is keeping prospective young customers from finding their way to the jewel in Leicester’s live music scene. Or maybe, just maybe, they have seen Boy Azooga before. If music has a time and a place then someone has accidentally calibrated their musical Tardis incorrectly. It’s not that I dislike these lads but I’m really not in the mood for four polite, competent musicians grinning from ear to ear and giving us the thumbs up after each track as if they are contestants on ’70s TV show We Are The Champions. They have an ’80s feel about them, which isn’t a crime in itself, but the occasional burst of keyboards is more Ross Geller in Friends than Vince Clarke in Yazoo.

Estrons, however, have no such problems with their time machine; they are precisely where they need to be right now. As a focal point, Tali Kallstrom cuts a magnificent figure. Talkative, sneery, engaging and with enough menace about her that you are soon convinced you’d be minus at least one testicle if you dared step in her path; this is what I want from a band – confrontation. Kallstrom re-hashes a Twitter dig at The Cookie from the previous day recalling their aborted gig here last year before launching into 45 minutes of articulate, oppression-fuelled angst from their ever-burgeoning musical catalogue. Crowd favourite ‘I’m Not Your Girl’ has an early airing which is enough to get the crowd on their side and if we’re not exactly bouncing then at least we’re swaying energetically.

Estrons sound awesome; whether they look great is another matter. The band are continually backlit by static red lights and with no other luminous pyrotechnics, the show has a weird, ethereal feel to it as all four members are merely silhouetted. Either this is deliberate or The Cookie have simply run short of light bulbs and someone forgot to pop into B&Q on their way in. Ironically, ‘Strobe Lights’ is shoe-horned into the set and I smile, wondering if this is merely Cardiff humour at play. Of course, bands like Estrons have always been ten-a-penny but what sets this lot apart is the sense of articulate outrage, Kallstrom utilises her ire and fury as a separate instrument and boy, does she know how to play it?!

‘Make A Man’ should have been the crossover hit that catapulted them onto the main stage at a dozen festivals and if they catch the right breaks then new offering ‘Cold Wash’ could see them with a full diary next Summer; it’s a sultry, slow burner of a track and live it made a right mess of my lower intestines. The evening is brought to a shuddering conclusion with a frenetic rendition of ‘Drop’, which live is like the infamous car chase scene in French Connection; exhilarating and fraught with teetering into destruction.

A few hundred yards away, sleepy Freshers were crying into their pillows and wondering quite why they had chosen Land Management for three years. Estrons could have taught them more about the world in a mere 45 minutes.