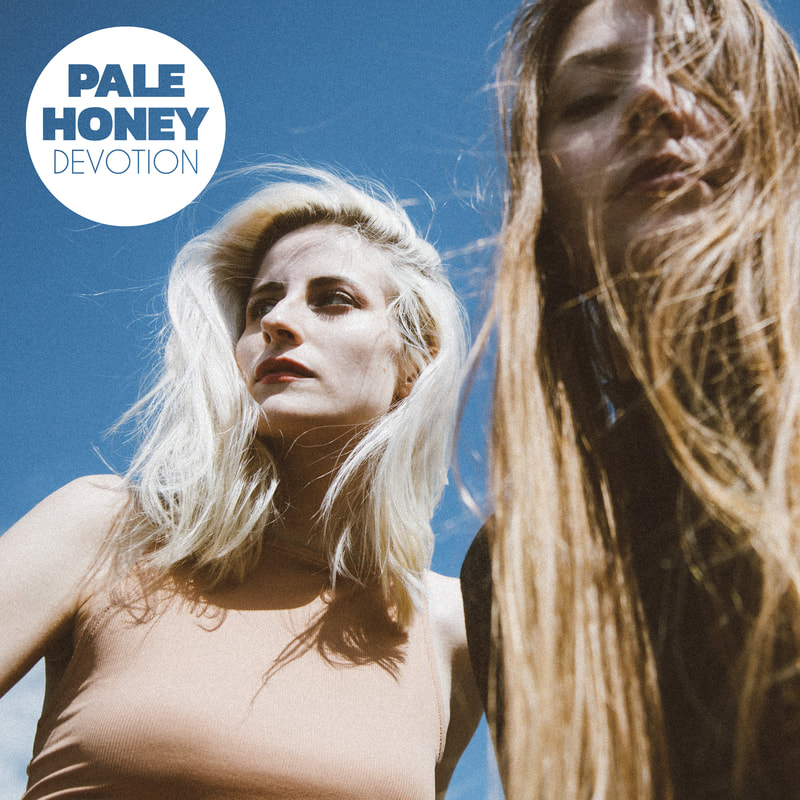 Giant steps are what you take, respectively, either when you’ve finally embraced the work of John Coltrane, when you’re walking on the moon, according to The Police, or, apparently, when you’re a Swedish duo called Pale Honey, releasing their second full length album. Seriously, we’re talking gargantuan strides here, I mean a Neil Young to Everybody Knows This Is Nowhere type leap. Devotion, quite frankly is an absolutely wonderful record.

‘Replace Me‘ is a nice enough opener to follow on from the pair’s 2015 self titled album, but it’s on ‘Someone’s Devotion‘ when you really start to sit up and take notice. It seems to take its cue from that enduring White Stripes classic ‘7 Nation Army‘, the construction of its build up being similarly sly in its persuasion, and every bit as much of a belter. Recent single ‘Get These Things Out Of My Head‘ is even better – an abrasive, frustrated exorcism of niggling thoughts from the mind of a tortured genius, perhaps. That, in turn, is swiftly followed by the incredible ‘The Heaviest Of Storms‘, in which Tuva Lodmark and Nelly Daltrey have achieved that rarest of art forms – conveying the theme of the song perfectly, merely with their instruments. Not that they don’t sing on it, because they do – to great effect – but the whole thing feels like a ship out at sea, the ominous foreboding of the tempestuous climate prevalent throughout, and when the storm DOES come, by way of huge confrontational, crunching guitars, it feels like we’re part of the voyage, being flung around helplessly and clinging on for dear life before still waters eventually return and we can breathe again. It’s a beautiful song and for my money, up there as one of the best tracks of the year.

It isn’t all deep and moody though – ‘Real Thing‘, for example, is as joyously ‘pop’ as ‘…Storms‘ is intense, featuring such playfully flirtatious lyrics as “You’re the one, you’re my wet dream” and “Pull your gun, and knock me over / get it done, please come closer“, while ‘Golden‘ possesses a killer chorus, even if its verses are somewhat homogeneous to the aforementioned ‘Someone’s Devotion‘, before the rueful ‘Why Do I Always Feel This Way?‘ closes proceedings in a rather more subdued – but no less striking – manner.

I haven’t even mentioned half of the tracks but I think you get the gist – Devotion really is a terrific album and never falters once. Maybe First Aid Kit didn’t take ALL of the talent-lotion from Sweden’s magical music box after all. Stunning, just stunning.

Devotion is released on 13th October through Bolero Recordings.