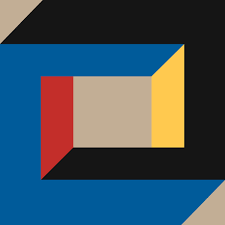 This week of course my Facebook feed has been full of people eulogising the late Tom Petty (note: in ten years of having a Facebook account, not once have any of these people previously made any reference to Tom Petty, a state of affairs with which I was perfectly happy. A Tom Petty-free Facebook feed is one of my life goals. And none of them RIP’d Holger Czukay). These are people who know modern music is rubbish without actually listening to it, and for whom Petty, though they probably never listen to him much either, represents a golden age of ‘real’ music, made on ‘real’ instruments (rather than, obviously, fictitious ones), before the glam rockers and gender benders and New Romantics and Germans and gays and rappers and synthpoppers and disco dollies came along and ruined everything, and oh you can’t hear the words and just look at the state of him, or is it her? You can’t tell these days.

I mention this because a) I just wanted to get it off my chest somewhere, and GIITTV seems as good a place as any, and b) I’ve spent most of the last month listening to re-TROS’ simply jaw-dropping single ‘At Mosp Here’ on pretty much constant rotation, and, like Withnail howling into the void on the Yorkshire Moors, ranting on to all & sundry about how amazing it is, to utter indifference; and I just noticed that, despite it coming out a couple of weeks ago, GIITTV had yet to honour the album on which it takes pride of place – Before the Applause – with a review. For shame, GIITTV.

Yes, I know what you’re thinking: just what we need, yet another Chinese techno krautrock post-punk goth industrial acid house record. Can’t move for ‘em round our way. But hear me out, because re-TROS are genuinely special, and in a year when, despite modern music being rubbish of course, I’ve lost count of how many truly great albums I’ve heard (I’ll maybe catch up sometime in late 2018), Before the Applause still manages to stand out with its freshness, its originality, and its frequent bouts of sheer bonkers-ness. I reach for it every time ‘Free Fallin’’ or ‘I Won’t Back Down’ appear on my feed, to remind me of how far we’ve come and what music can sound like when it breaks free of its roots – in fact, when its never even known the roots that the real music/classic rock bores hold so dear – and pushes at its boundaries, which is presumably a pretty brave thing for Chinese musicians to be doing.

Before the Applause begins with the deceptively sweet, atmospheric instrumental ‘Hum’ before veritably exploding out of the speakers with the double-WHAMmy of ‘Hailing Drums’ and ‘Red Rum Aviv‘: the former melds pounding industrial drums, a relentless electronic bassline and, towards the end, a subtle evocation of traditional Chinese music as singer Hua Dong chants “The crowd of silence watch from distance and pray for nothing at all”, as obliquely political as such a band can allow themselves to be; the latter sounds like DAF & PiL (two acronyms we don’t hear enough of these days) making J-Pop with xylophones, and if I was a few (alright, a lot) years younger I’d be making a complete twat of myself to it on some dancefloor somewhere.

re-TROS further display their magpie approach to Western music on ‘8+2+8 I’, which borrows liberally from Steve Reich’s ‘Clapping Music’ and adds Hua muttering gnomically about Augusto Pinochet; the following ‘8+2+8 II’ sounds like a dark, dubby Wetherall remix thereof. It’s brilliant. ‘Pigs in the River’ turns Nick Cave’s classic ‘Red Right Hand’ into a dark commentary on the 2013 eco-disaster that led to thousands of pig corpses floating down the Huangpu river. And closer ‘Sounds for Celebration’ is Red Army propaganda music filtered through OMD’s Dazzle Ships, and possibly a very, very subtle dig at Chinese official attitudes towards the arts (“The shows must be cancelled…the amazing artists must be gone.”)

And at the centre of it all is the aforementioned ‘At Mosp Here’, quite simply the most exciting piece of music I’ve heard in years. Twelve minutes (and it’s still not long enough) of skittering electronics, a snare drum the size of an aircraft carrier, a lyrical assault on China’s notorious pollution (“My dying atmosphere, it never comes back comes back”), Follakzoid guitars, and an epic coda that takes in squelchy acid house, mournful piano chords and Chic before ending in a crash, and with me reaching for the replay button. Again and again.

But yes, modern music is rubbish.

1 thought on “re-TROS – Before the Applause (Modern Sky UK)”