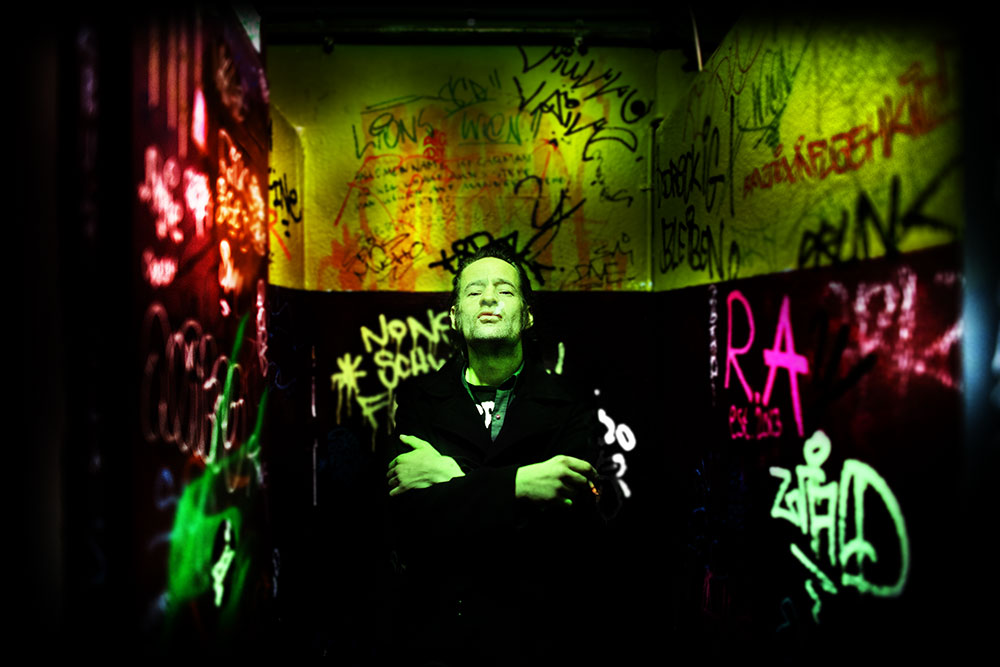 Our video of the week comes from the eccentric Bone Zeno with the chilling Äshn Skin “a devastated meditation on the death of a close friend – musician and film librarian, Cameron Bain – the insistent riff picking at the scab of his grief.” Its fragments of ghostly blues and sinister post-punk simmer with an underbelly of darkness comparable to the work of The Birthday Party or Tom Waits in the middle of a nightmare. We have the premiere of the black and white video, directed by Jemma Harwood and Red Marshall and filmed in Southend-on-Sea, watch it above.

Bone Zeno was born in Germany, in a town he now dismissively dubs Unterkackstadt. He left early. He’s now based in Portugal, home of his friends and former bandmates The Parkinsons, having previously careered from Hamburg’s Reeperbahn to Morocco, Trinidad, Berlin and the squats of Brixton and Hackney.

In a former incarnation, he performed as one-man techno-punk-bluesman D-66, releasing vinyl on Hoarse Records. Several of the tracks here are still infused with the blues. His lyrics inspired by cult German-Jewish poet, Paul Celan. Accompanied with empathetic zest by Michael Fromme and Andie Haberl on drums and Robbie Moore (boss of Berlin-based Impression label) on keys, tambourine and bass..

Bone Zeno gigs lined up next week to launch the album ‘Black Milk’, including one with Adam from Fat White Family performing as his One Man Destruction Band!