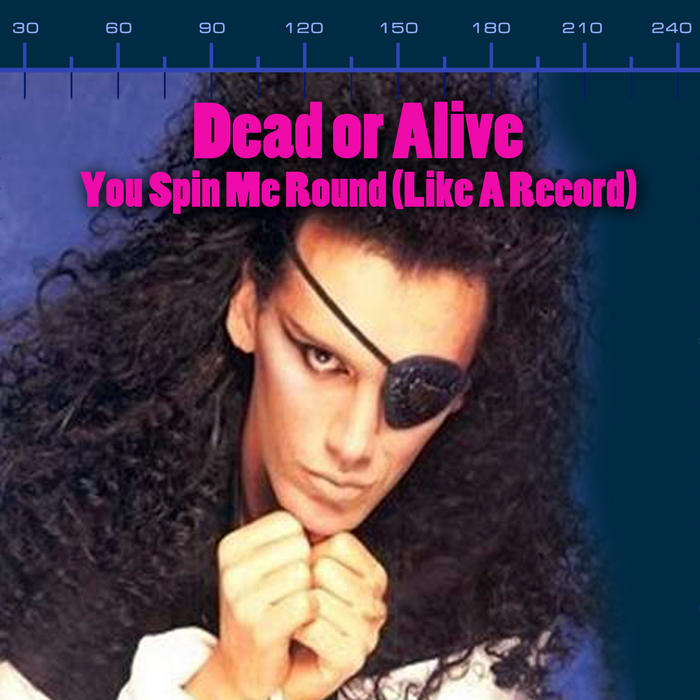 Morrissey may talk a lot of bollocks these days, but his assessment of Dead Or Alive’s classic single, in a 1985 Smash Hits interview alongside his mate Pete Burns, was bang on the money. Moz saw through the red-top gender-bender headlines and the band’s almost inevitable one-hit wonder status and homed in on the pure evil, lustful glee of the record, revelling in the spectacle of one of 80s pop’s finest weirdos (and there were many) belting out an irresistible, relentless slab of sexed-up goth disco on primetime TV.

In 1985, Dead or Alive were a struggling goth/post-punk band (The Mission‘s Wayne Hussey had previously been a member) who’d had a minor top 40 hit the previous year with an outrageously camp industrial cover of KC & the Sunshine Band‘s ‘That’s the Way (I Like It)’. Production trio Stock Aitken & Waterman were just beginning to break out of the Hi-NRG club scene with hits by Divine and Hazell Dean, but were looking for that first big hit. When singer Pete Burns gave Waterman a demo tape of ‘You Spin Me Round‘, he knew they’d found it – “You walked in with a piece of gold and said to me ‘Would you shine it?'” he recalled in a 2009 interview with Burns. “You did shine it” replied Burns, “with knobs on.”

Knobs indeed, for the resulting single is one of the most filthily priapic songs ever to hit the no1 spot. ‘You Spin Me Round‘ is pure lust – “All I know is that to me, you look like you’re lots of fun” sings Burns with a saucy swagger, and when he growls “I’ve got to be your friend now baby“, it’s clear that friendship is the last thing on his mind. The song climaxes with Burns bellowing “I’VE GOT TO HAVE MY WAY NOW BAYBEEEEEEEE!!!!” as SAW ramp up their Hi-NRG backing to near-hysterical levels of intensity (even the sequencers sound utterly lecherous) and the TOTP-watching parents fumble for the remote.

The single’s no1 success was the start of a few years of chart domination for SAW of course, eventually wearing out their welcome with the likes of Jason Donovan and Sonia; Dead or Alive had a few more saucy disco hits (such as ‘My Heart Goes Bang Bang Bang Bang‘ and ‘Something in My House‘), as well as a brief mid-90s comeback with the awesome techno filth of ‘Sex Drive‘, but never made another record as undeniably thrilling as ‘You Spin Me Round‘. But then again, neither did anyone else.