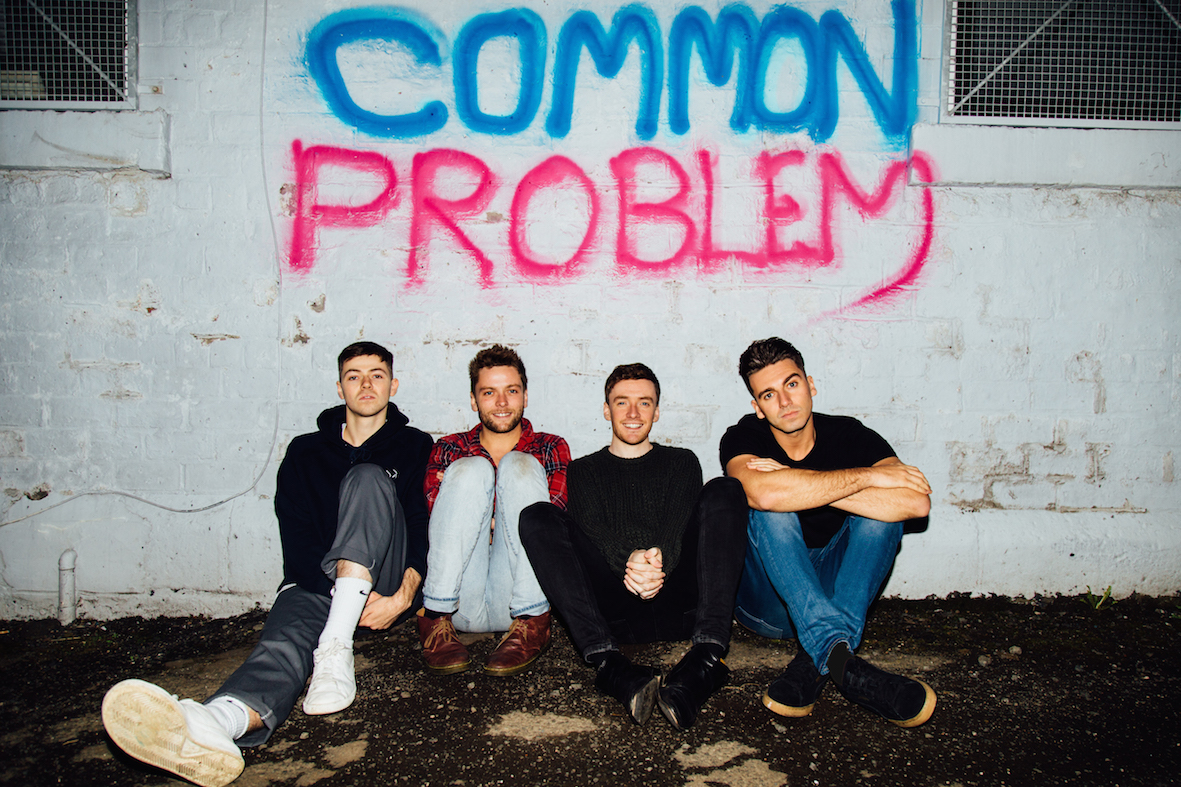 OK, I’ll be honest, The LaFontaines are no stranger to me, having first seen them open for Twin Atlantic at King Tut’s years ago.  It was probably the first time I’d ever heard a Scottish rap band and I thought it was incredible, and I’ve seen them several times since.  So you’ll forgive me for thinking I’d had The LaFontaines figured out, and knew what to expect from them.  Apparently, I was wrong, and happily so.

The band’s second album Common Problem opens with the unexpected ‘EXPLOSION’ that quite frankly lives up to its moniker from the onset.  It’s a small shock to the system initially, though I suspect that was the point.  That said, once the shock subsides, it is very much them, but much more mature than previous offerings.  It’s loaded with sounds that resemble a distorted choral arrangement, loud grating guitars, and confident biting lyrics delivered with anger and bile all at once – all good so far, and the album’s tone is firmly set.  That being said, ‘TOO LATE’ follows and is a bit of a contrast with less angst, and a sung chorus.

The title track heads in another direction altogether – this time cheery and upbeat staccato chimes making up the melody.  For want of a better phrase, it’s almost like the album has many different faces and personalities, each fighting for its place to be seen, acknowledged, and heard.  The LaFontaines combine rapped verses and sung choruses, backed by brilliant melodies and sharp rhythm with impressive ability.  And the best bit?  You can dance like a lunatic to each and every song.

Everything seems to be at odds with each other; each and every track is completely different while still retaining something familiar.  The intro to ‘GOLDMINE’ is almost unlistenable, heavily distorted to the point of being way off key.  The spoken words and melodic choruses just about hold everything together.  ‘ARMOUR’ demands and commands attention, spitting ferociously from start to finish, matched – and perhaps outdone – by ‘WHAT DO I KNOW’ with its ballsy, loud, angry choruses.

There’s another curveball in the form of ‘TOTAL CONTROL’, a sinister tone in the intro and verses before it explodes into all-out fire and angst in the chorus.  ‘RELEASE THE HOUNDS’ doesn’t really do what it says on the tin initially, but give it a few moments, let it build up some extra courage and find a little more fire in its belly, and it’ll go above and beyond.  The album spins on its heels one last time and closes with the bass-heavy ‘ASLEEP’ that rapidly transforms into something large and alien.

Common Problem is a real mixed bag of sounds and influences, with every track in contrast to its predecessor.  The band are on tour around the UK throughout November, the Glasgow date already sold out.  The LaFontaines are still very much a rock band, but there’s more of an electronic twist to things with this new album.  They always put on a brilliant show, and it’ll be interesting to see how they manage to play the album in a live setting.  Whatever they do, you can bet they’ll pull out all of the stops, just like they have on Common Problem.

Catch them on tour this November.

Common Problem is out now on Wolf At Your Door Records.