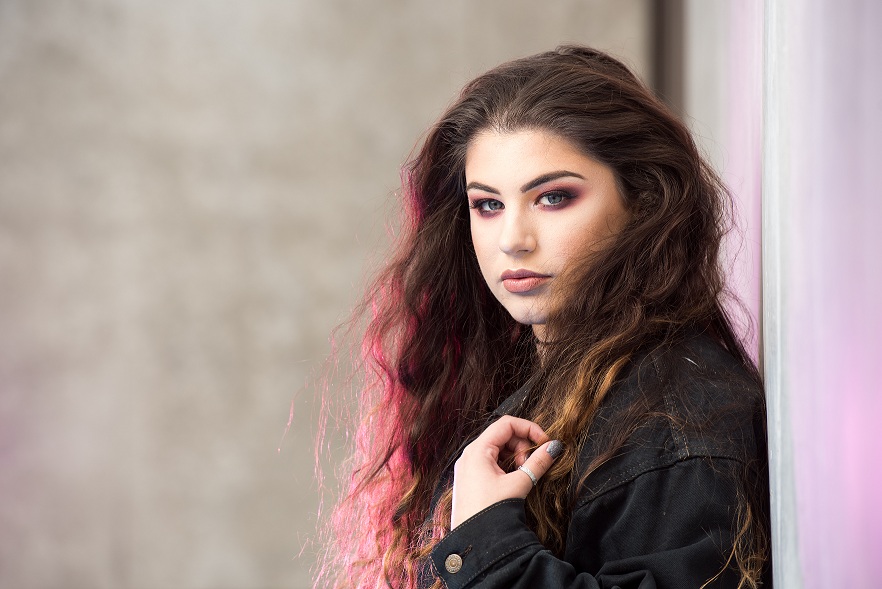 The second single – a cover of Jennifer Paige’s ‘Crush’ – comes as part of a campaign aimed at promoting equality and diversity.  Each single – beginning with the previous single ‘The Love Of You’ – has an associated colour and theme.  It’s a fresh and upbeat track with a cool electro-pop twist throughout.  ‘Crush’ is released on 17th November via Peanut Party Records. (TS)

Ladyshark – Hanging’ Out For Someone Else

Ladyshark’s new single ‘Hangin’ Out For Someone Else’ is about ‘starting to date someone and being unsure if they’re digging you as much as you dig them.’ Mixing a sprightly DIY new wave sound with a bittersweet tunefulness Vardy’s vocals are cloaked in the attitude of someone who has been rejected but survived to tell the tale. (BC)

Boy Azooga – Face Behind Her Cigarette

Boy Azooga is the vehicle for Cardiff’s Davey Newington multifarious musical mission, the infectious psych-pop rhythms of ‘Face Behind Her Cigarette’, is his debut single for Heavenly Recordings.  With hints of Hot Butter’s 1972 synth-pop smash Popcorn, it draws inspiration from the late Nigerian funk overlord William Onyeabor. The track is accompanied by a suitably freewheeling video directed by local film-maker Toby Cameron. (BC)

‘Funeral’ is a haunting slice of majestic melancholia that’s up there with Mazzy Star. Phoebe’s crumpled tone and cutting poetic couplets have the ability to stop you in your tracks. She says her music is what comes when she is at her most honest, without specific intention, and she aims to be in her songs the person she is in the world. (BC)

If you’re looking for dark, alluring, and brilliant electro-pop with sharp-as-Hell beats then look no further than ‘Darkest Desire’ from Scottish songstress LILURA, which premiered on The Skinny yesterday.  ‘Darkest Desire’ opens and closes with the sound of static, that lends an air of mystery and an eerie edge. Catch LILURA on tour this month: TICKETS AND INFORMATION.  ‘Darkest Desire’ is released 17th November.