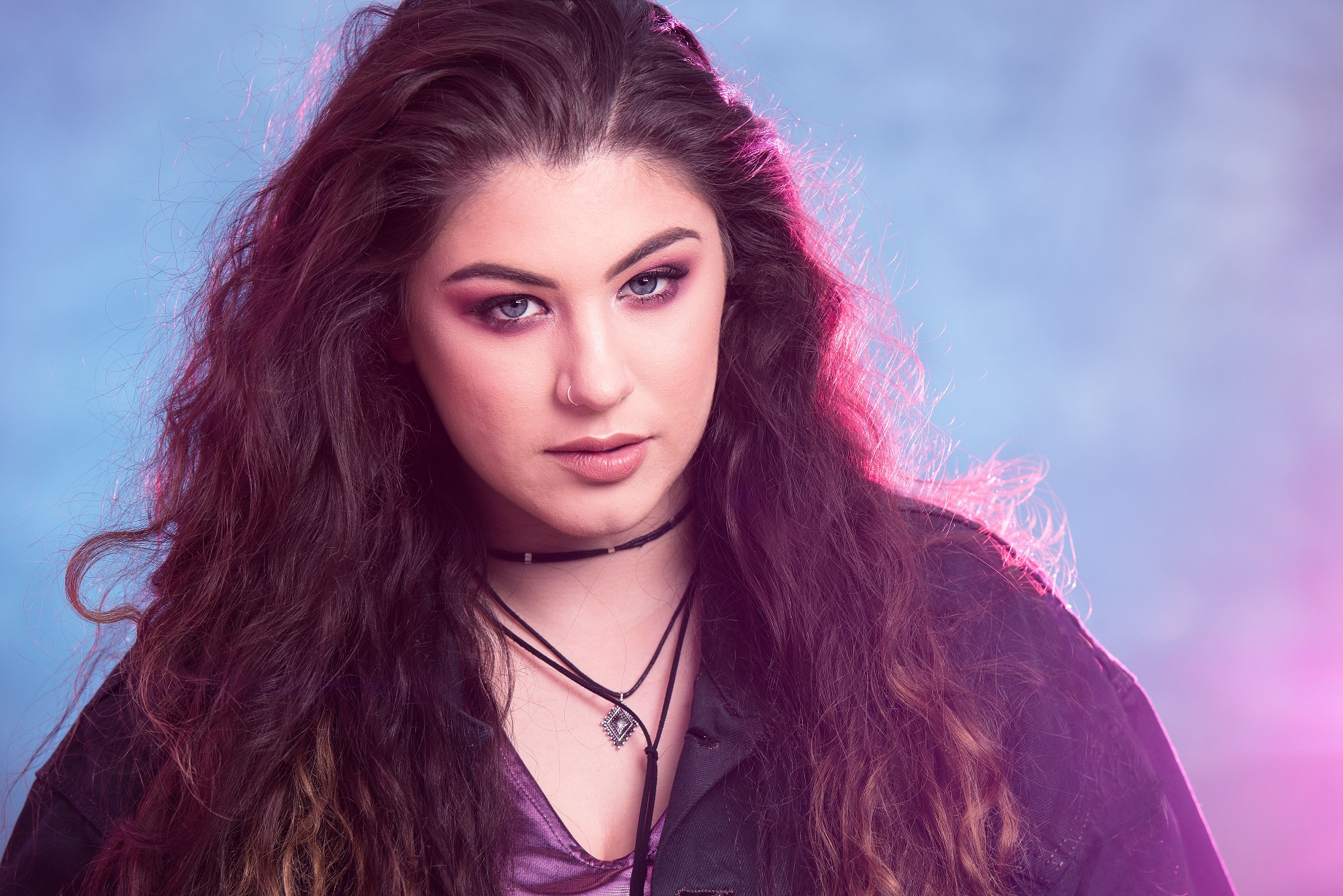 The Hug and Pint in Glasgow is probably one of the city’s most-loved vegan restaurants, and it’s little wonder why.  Down the spiral stairs is something else altogether.  It’s dark, slightly cramped (it’s roughly the size of the average living room), and, based on my previous visits, freezing cold.  So imagine my pleasant surprise when entering the tiny venue space and finding it quite warm actually, thank you very much.  The multicoloured balloons are a nice touch, too.

Having featured LILURA already this past week as part of our Tracks Of The Week feature, I kind of feel like I know what I’m getting tonight, but apparently, I was wrong.  Tonight LILURA is made up of just her and a drummer (who exudes a calm and collected, and effortless coolness throughout the entire evening) – half of the band.  And it’s almost as though a switch flips between the off-stage Jemma Tweedie and the on-stage LILURA.  On-stage, she’s confident and she throws everything she has into each song.  Opening with the upbeat and strangely alluring ‘White Noise’, she builds up a brilliant atmosphere in the tiny space.  ‘Don’t Want To Feel Love’ is one of a few of tonight’s tracks that came out of a recent writing trip to the U.S.  Much of LILURA’s sound is similar to that of Tove Lo, but with none of the profanity and contrived, explicit sexual content.  LILURA doesn’t need any of that.  The song itself is about falling for someone you know you shouldn’t.

‘Kiss And Tell’ has a similar theme to ‘Don’t Want To Feel Love’, but this time it’s less bittersweet; this time there’s more confidence, maturity, and angst.  The change and difference between the two tracks mimic the shift in mentality you have when you’re getting over a relationship.  The bittersweet sadness and confusion turns into acceptance, and that little twist of angst adds fire.  The fourth offering – ‘Burn Me Down’– is, according to LILURA herself, a “get up and go song,” and she’s not wrong!  This is astonishing electro-pop; I should definitely have brought some glow-sticks.

A song inspired by a friend’s experience using Tinder, and being so focused on finding The One and throwing in too much too soon with a person and ending up with nothing – titled ‘Burnout’ – is nothing like you’d expect from a song called ‘Burnout’.  Considering the lyrical content and the story behind it, it’s a pretty upbeat song!  The penultimate track of the night comes in the form of ‘Cold’, taken from the No Control EP released earlier in the year.  This one has so much sass!  Closing with her new single ‘Darkest Desire’, it’s even more alluring than the recorded track.  LILURA is a mesmerising act to watch and witness.  The only downsides are that the audience is rather on the small side and in a crowd this size, the little bubbles of conversation are distracting.