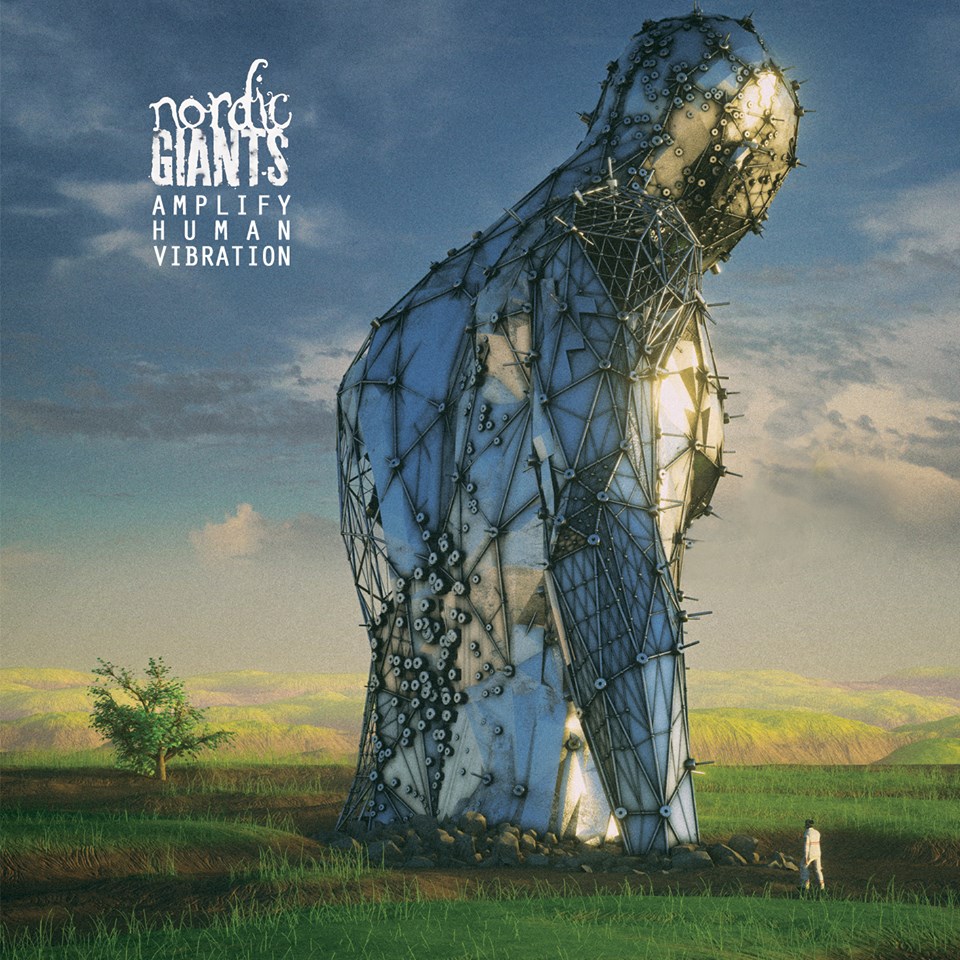 Remember, remember, the fifth of November
This riotous noise, is still oddly tender

It may not quite be Keats but that near enough sums up this chilly night in Glasgow. The Beaver / Hunter Moon serves up a glorious display along the waterfront on the way to the gig, Nordic Giants seem to take this as a challenge and, well, are even more nuts to look at. And to listen to, luckily enough.

The duo perform in the sweaty little basement at Stereo in support of their recently made film and the release of the album Amplify Human Vibration. And, whilst hopping about the stage hitting stuff, bowing stuff and blowing stuff, they’re entirely hidden behind extravagant feather headdresses. It’s quite disorientating before we even get to the film being shown. They could be the two folk serving behind the bar earlier for all I know. Not a clue. They’re both anonymous yet ostentatiously not. You might blend in with that garb on a Saturday night in Glasgow but this is Sunday. When the nice people come out. Without emus on their head.

That said, hairdos notwithstanding, Nordic Giants make a damned good fist of performing what is currently album of the year for me. In fact, they are really really excellent. The music is all-enveloping and crushingly powerful, the two performers mesmerising to watch. Flanked only by screens showing their film, the stage is blank save for the near-permanently flickering strobes. It’s akin to something you may come across at a festival like Sonica but there is no musical concession here as can sometimes be the case with mixed-media. The tunes from the album with the snippets of Terence McKenna et al are quite overwhelming at times. Hard to believe it’s just the two of them – Rôka and Löki – performing.

And it’s all thoroughly thoroughly Nordic. The blasted tundra-like aesthetic of the music, horns and strings, is periodically punctured by the most delicate keyboards from out of the gloom stage-left. Truly beautiful and very chilly; one is bludgeoned and seduced in oscillating ways. Strangely, both ultra-modern and digital yet thoroughly physical and analogue.

And what of that film? Well, hard to know really. Perhaps unfair to comment as I hop about in the dark finding different vantage points with a touch too much enthusiasm. Truthfully, though visuals are clearly immensely important to the band, the glorious racket coming from onstage, from the opening ‘Taxonomy Of Illusions‘ till the end is so powerful, it quite overtakes what perhaps is a fine visual work. A further viewing is required.

A marvellous evening, epic in both emotional scale and execution. A duo making highly considered yet, at points, crushing music. Thoughtful and glistening but equally exhilirating and base. Band of the year…the other contenders are leaving it late…