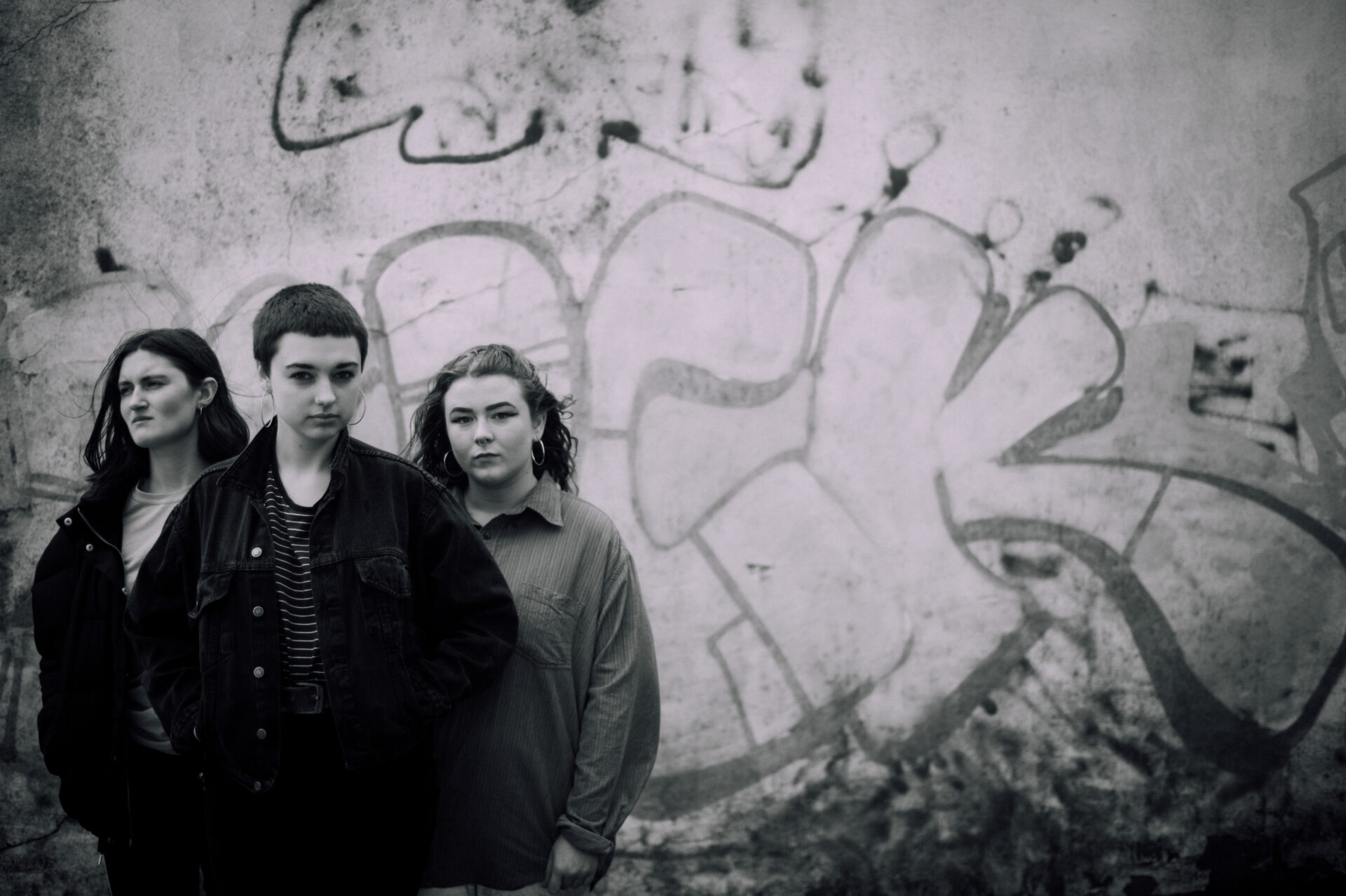 Swiftly emerging female trio Adwaith unveiled their brilliant double A-side single ‘FEMME’ and ‘Lipstick Coch’ at the end of August. Today we have the premiere of the video for the infectious ‘FEMME’ watch it below, cheeky and bold with an important message, it was directed by the band and The Shoot who also handled the filming and editing. Its a perfect way to close the year for Adwaith and brings the ‘FEMME’ campaign to an end with a chance to look to the future and a debut album promised for 2018.

‘FEMME‘ vividly depicts the Carmarthen based trios knack for melody and sound and their ability to create a direct emotional connection with the listener. With its jangly C86 indie pop sound as a canvas to the witty, heartfelt lyrics, Adwaith discuss femininity and the sexism experienced by them as young women. This is an inspirational song from an inspirational band willing to stand up for their beliefs.

Earlier this year Adwaith were introduced on the BBC Introducing stage at Latitude festival as the most exciting band from Wales in decades and finished the summer on the Gorwelion /Horizons stage at Festival No 6. In the middle of all this activity, Adwaith managed to record their debut album, and their label Libertino believe its ‘creatively ground breaking and will stand as one of the important albums from Wales alongside the works of Gorky Zygotic Mynci, Super Furry Animals and Gwenno.’