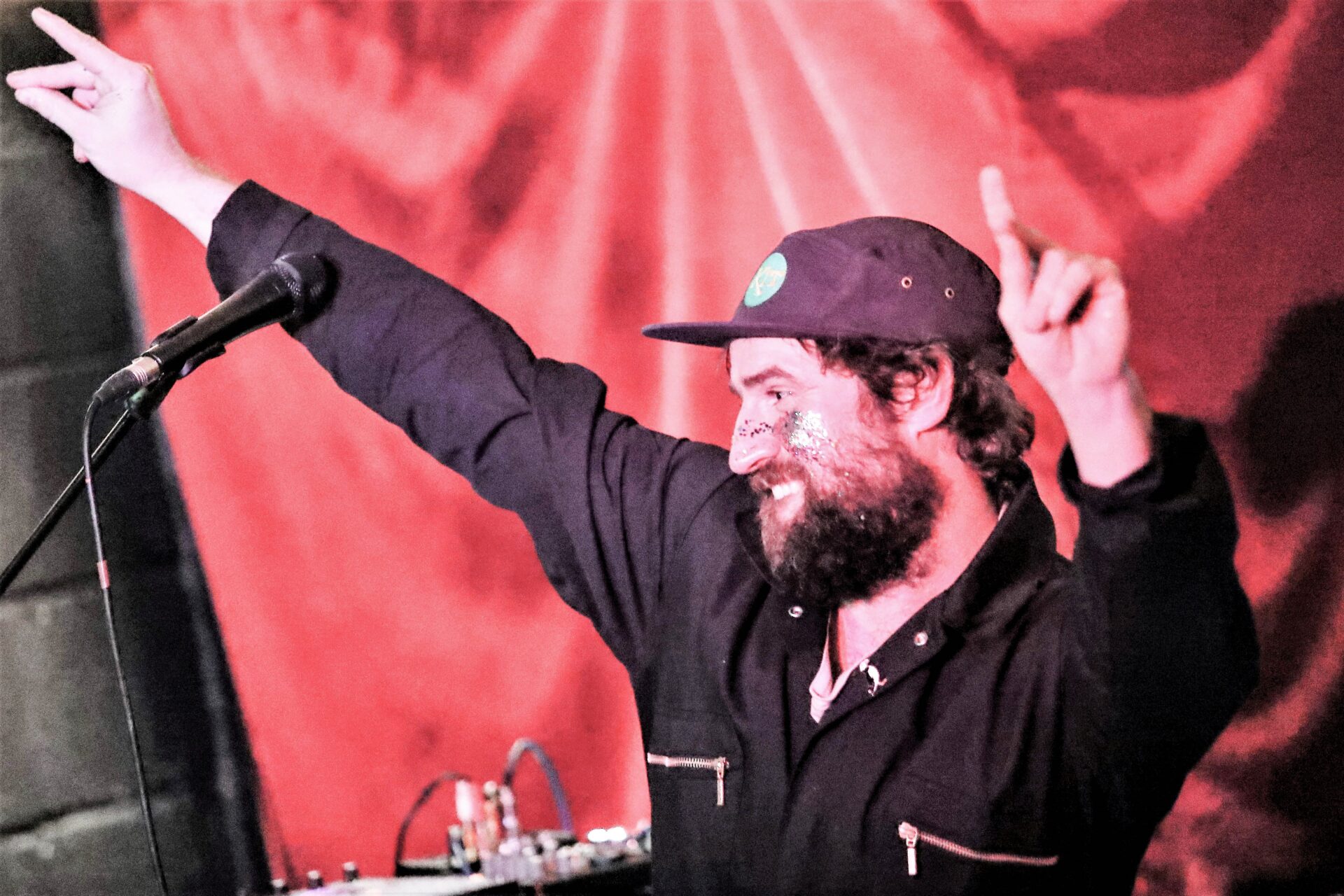 It really is beginning to feel a lot like Christmas. Johnny Lynch clearly thinks so too. With the big day now less than a fortnight away, the Isle of Eigg resident – one of the Hebrides’ leading celebrities, he cheerfully tells us – Lost Map Records el supremo and the man who is Pictish Trail belts out a couple of suitably festive tunes. The first is his amusingly maladaptive reading of ‘Little Donkey’, a version of which would probably have both Gracie Fields and Dame Vera Lynn turning in their graves, something that is perhaps even more shocking given that that the former Forces’ Sweetheart isn’t actually dead yet. And the second is his very own ‘But Once A Year’ which, as he accurately points out, is probably the only Christmas song to ever contain the word Twix.

Johnny Lynch is a naturally funny man. Incredibly funny, in fact. His comedic talent can be traced back to his time at St Andrews’ University in Fife – probably way before that, in truth – when he was briefly part of a double-act with Andrew Lawrence. The pair then went their separate ways with Lawrence going on to forge a successful career in comedy with Lynch branching out into music.

Speaking about Johnny Lynch in The Guardian a few years back, Andrew Lawrence said “I would say that music’s gain is definitely comedy’s loss as it has been suggested he was the funnier of our double act. But there again, I do seem to remember having the better singing voice”.

A Pictish Trail show is a really quite marvellous combination of music and mirth with Johnny’s Lynch irreverent on-stage banter the sublime thread that stitches all of his wonderful songs together. Lynch sets the tone for the evening by bounding onto the bijou Basement stage and announcing that he is, in fact, Shirley Bassey, adding that in certain parts of Wales he is actually better known as Shirley Bastard.

And with that he and guitarist John B McKenna (from Monoganon, the Glaswegian psych-pop outfit who had earlier put in a sterling support shift) launch into the first of several numbers from Pictish Trail’s most recent long-player, Future Echoes.

Tonight Pictish Trail are two whereas less than 24 hours ago they were three. Overnight they lost Suse Bear to illness, an ambulance having had to be called to the local Travelodge to take her off to the nearest hospital. Thankfully the bass guitarist out-on-loan to Pictish Trail from another Glasgow band, Tuff Love is OK but not well enough to continue on the tour. The other good news to come out of this unfortunate setback is that there is now a spare bed in the Pictish Trail Travelodge room and Johnny Lynch was quick to offer it out as a prize in an impromptu competition. A winner has yet to be announced. Perhaps they ticked the ‘no publicity’ box when entering the draw.

Even in this more stripped-back form, Pictish Trail still manage to scale some pretty spectacular sonic heights with a bunch of songs that are full-to-bursting with towering choruses and huge skyscraper melodies.

Johnny Lynch may well describe Future Echoes as “a pop album about death” and there is no doubt that the record is inspired by matters of mortality, the demise of one close friendship in particular and the inevitable questions that arise from these often premature endings, but the songs he plays tonight are nothing less than uplifting.

‘Lionhead’ emerges here as a huge slice of bold, symphonic pop. With John B McKenna’s delightful counterpoint vocals lending it an air of early 70’s Laurel Canyon, ‘Dead Connection’ translates easily into another era. And since its creation, ‘Half-Life’ has taken on a greater political edge, putting itself forward as a strong contender for Scotland’s first entry in the Eurovision Song Contest when Lynch’s home country finally gains independence.

The Pictish Trail show is a most fitting finale to this particular live music year and for this we must stand and salute a man of such immense talent and personality. Merry Christmas Mr Lynch and a very Happy New Year to you and yours. Haste ye back again.

Pictish Trail and Monoganon appeared at The Basement in York courtesy of the consistently wonderful Please Please You.

A few more photos from this show can be found HERE